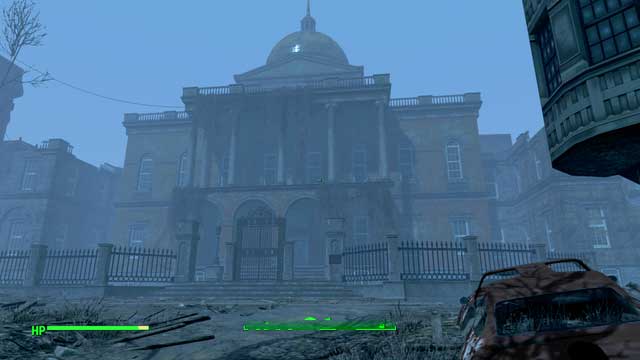 The interior of the building is linear, there are no side passages and side rooms - there is only one path. After you enter the location, you may feel a little disappointed, because there only are several mirelurks and nearly no interesting items. All there is are several gunner corpses. However, this changes after you reach the large cave in the underground - once you get there, follow the red wire to the terminal that opens the locked door. 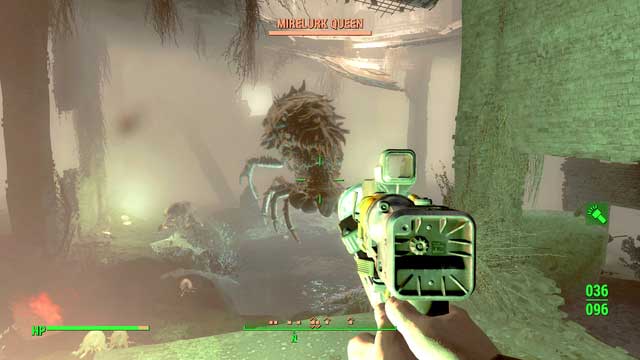 The mirelurk queen in the underground

At the same time, the mirelurk queen appears. A rarely encountered opponent. Right behind the door, you start a fight with lots of gunners. Also, you can find some ammo here. 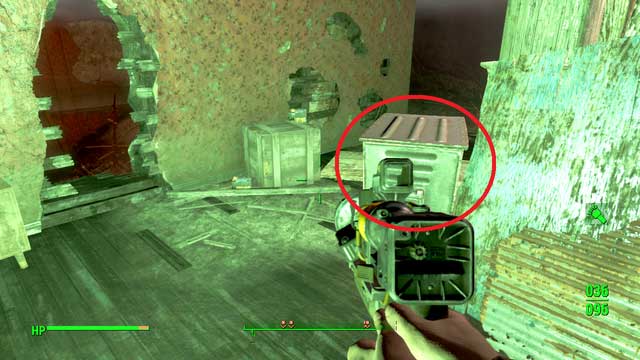 As soon as you reach the locked red door, find the key to the steel crate by the turret. Behind the door, you encounter a miniboss - the leader of the group, who is wearing a gunner power armor. Of course, you can later take the armor for yourself. To get out of the location, use the makeshift elevator in this room and come down to a lower level. Then, head for the exit.

In this location, there also is a mininuke in the room, where you fight the gunner in power armor,

Along your path, you also stumble across a regular generator, which you can strip for fusion core.