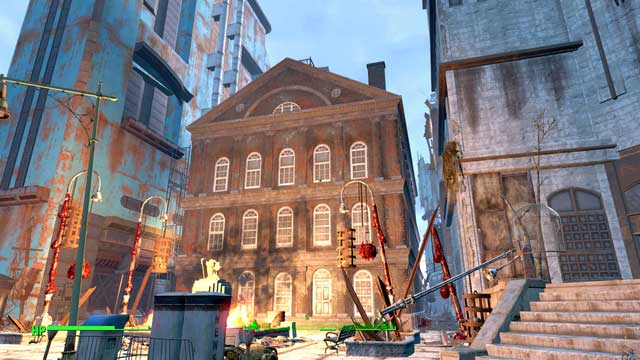 The building is filled with super mutants both outdoors and indoors. There are three levels. You visit it during one of the quests for detective Valentine.

The note thanks to which you can start the side quest

In the small corridor between the building's front entrances, there is a table and a note. After you pick it up, another one appears under the table, which unlocks quest Treasures of Jamaican Plain.

At the top level of the building, you find an issue of Live and Love,

From the registers, you can collect lots of pre-war money. 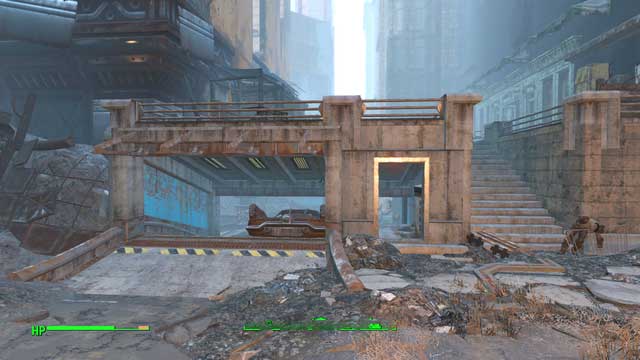 From the yard in front of the building, you can make it to the underground garage, where there is a safe. Also, this is a passage to the Haymarket Hall. 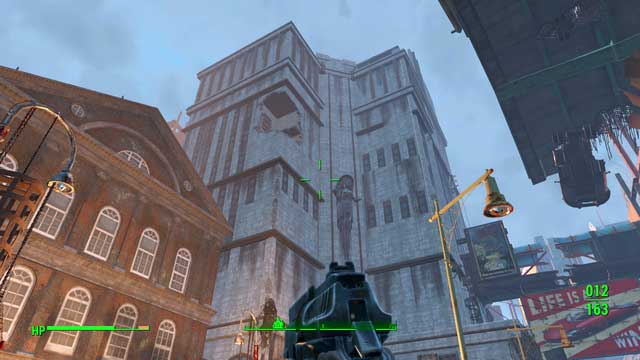 The neighboring white building is the bank. There are three safes and a vault here, which you can open using the terminal. The amount of pre-war money that you find there translates to quite an amount of caps.