How to unlock: find a flier with invitation to Jamaican Plain, or go there on your own (M9,1) 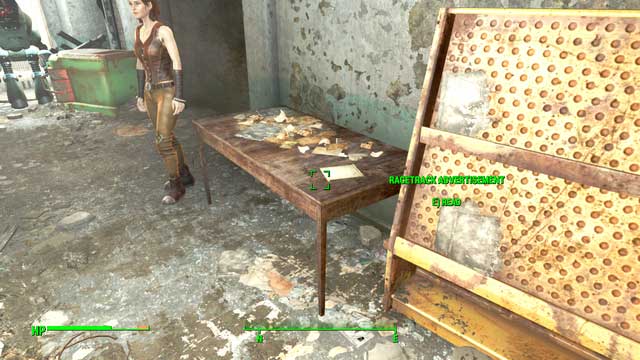 One of the fliers in Faneuil Hall

If you decide to go to Jamaican Plain on your own, you can still complete this quest and receive experience points, just without the appropriate entry in your journal. You can find the Flyer in many different locations, e.g.: 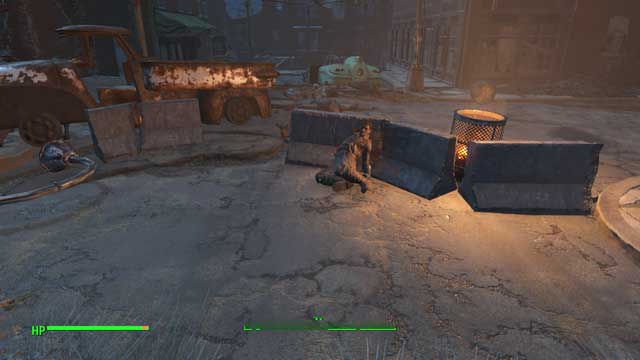 The corpse with the basement key

As soon as you reach the location, regardless of whether you have the flier on you or not, you will see a destroyed building at the end of the road, in the center of the town. A bit in front of it, there is a corpse, on which you find a key, thanks to which you can get into the basement (which is a mere formality, because the wall around the door is damaged). 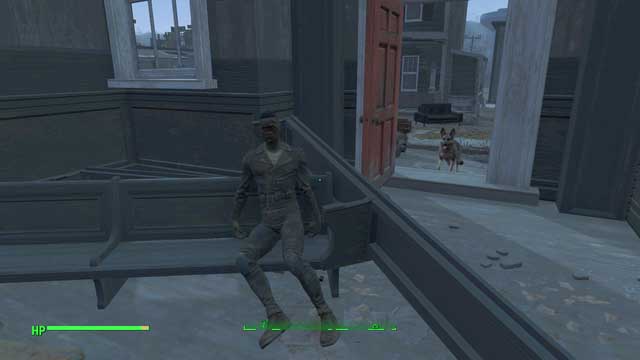 Before you go down into the basement, go to the church eastwards of the building, where the "treasure" is. You can enter across the neighboring red house. At the church exit, on the bench, there is the corpse of Luke on which there is a flier and an ID. 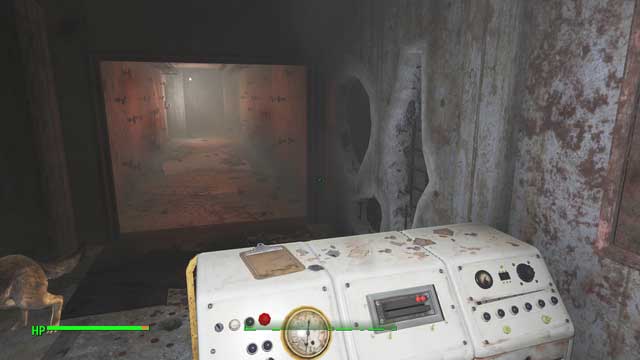 You can deactivate security systems using the ID from the church

Go to the basement of the building with the treasure. There, you notice laser tripwires (tell your companion to stand still or he will cross the tripwires), where there are powerful turrets at the end of the corridor. You have three options: 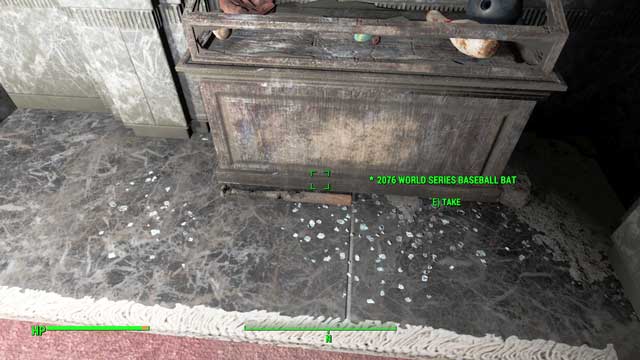 In the next room, you need to hack into an easy terminal, thanks to which you open the door to the "vault". Deactivating the defenses activates two robots at both sides of the entrance, which is why it is advisable that you deactivate them beforehand, or plant mines. After you press the last button, there opens a "vault" across the door. Just as a side note: inside the "vault", apart from the baseball bat there is nothing valuable and the name "Treasures" in the name of the quest is just a trick.

You can take the baseball bat to Diamond City to Moe Cronin, a merchant, who will reward you with caps (200-400)