How to unlock: talk to Donny Kowalski South-East of The Shamrock Taphouse (M6,9) or find submarine Yangtze on your own. 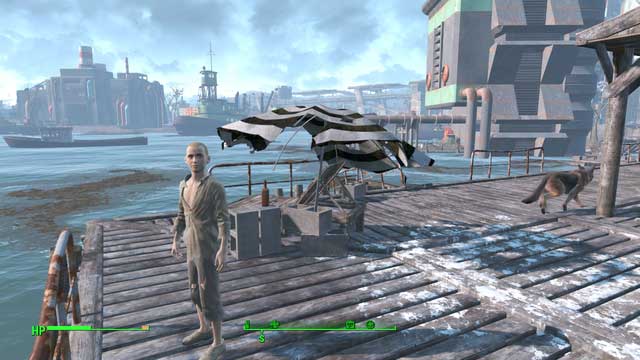 Go South-East of The Shamrock Taphouse, where behind a small building, on the marina, there is a small boy named Donny Kowalski standing on the barrier. Talk to him to start this quest. From him, you learn that there is a submarine Yangtze, which you now need to go to. 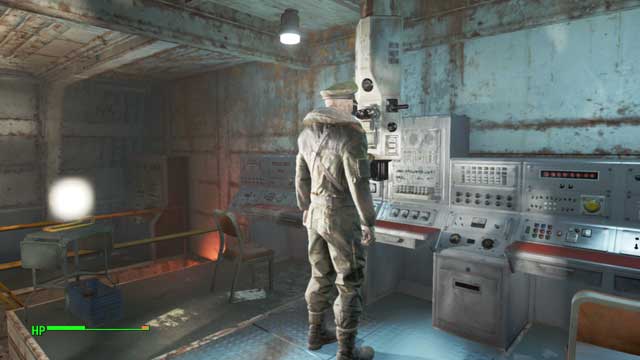 Inside, you meet Captain Zao, who gives you a number of orders to complete. It is a good idea to negotiate your reward - each level of negotiations results in additional items, which you receive for completing the task (see: rewards for completing the quest, at the end of the chapter).

Get the dampening rods 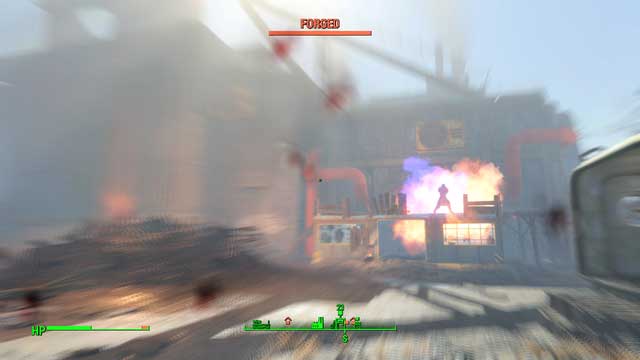 Saugus Ironworks, where you find the coil

Your first task is to retrieve the Dampening Coil from Saugus Ironworks. At this point, it is a good idea to go to Finch Farm, because that location has a strong connection to quest Out of Flames. 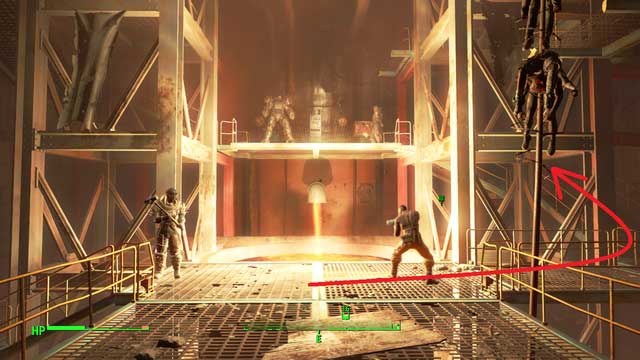 Inside the building, go to the attic (2 levels above), where you find a passage to the neighboring ironworks room. Now, go North, pass by the turret and on the right, you notice a door to a minor location,. Inside, you find Jake, and Slag - who is the leader of the gang dwelling in the building. Which answers you give and actions take is entirely in connection with quest Out of Flames. For the purposes of this quest, you can also ignore everything that is going on here, use Jet and collect quickly what you need - Dampening Coil. You find it after you go right, in the corner of the room, at the same level, the coil is hidden in the steel manhole in the wall. 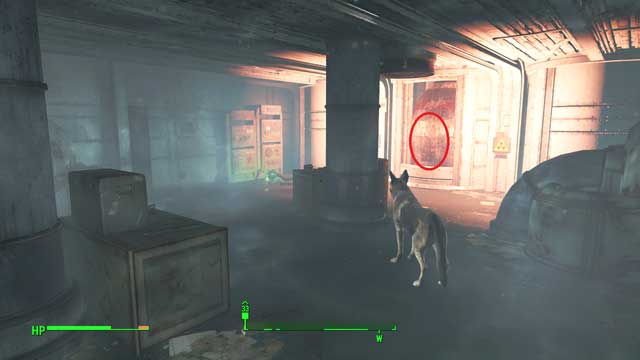 Return to Captain Zao, to give him the item. Your next objective is to get the warhead from the bottom level. Use the terminal to open the door, thanks to which you go deeper into the sub. Keep going North, up until you reach stairs. Climb down the stairs, cross two rooms and a corridor, and you encounter a Glowing One, who has password on him. Yet, what is more important is the right wall, where there is a rusty door. Behind the door, there is the warhead.

Note that, after you leave the captain's room, all of the levels of the submarine are full of ghouls.. Also, you will be exposed to radiation, which is why you should have Rad-X and RadAway ready. 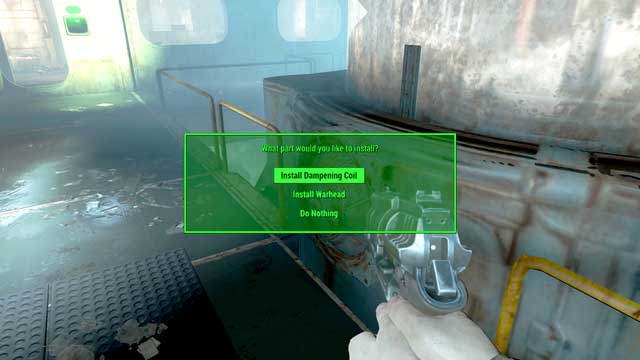 Install the Dampening Coil and then the Warhead

After you get the warhead, and after the conversation with Captain Zao, the last step to take is installing the reactor behind the door of the captain's cabin. It is very important that you first install the dampening coil and then the warhead. Doing it in reverse order results in explosion and ending the game. After successful installation, return to the captain for your reward. The basic reward are 3x Homing Beacons, which cause an atomic raid at the spot that you throw them into (like a grenade). You need to wait for the raid, for a while.