How to unlock: Complete the Minutemen quest Nuclear Option, become the enemy of the Brotherhood of Steel and talk to Preston Garvey. 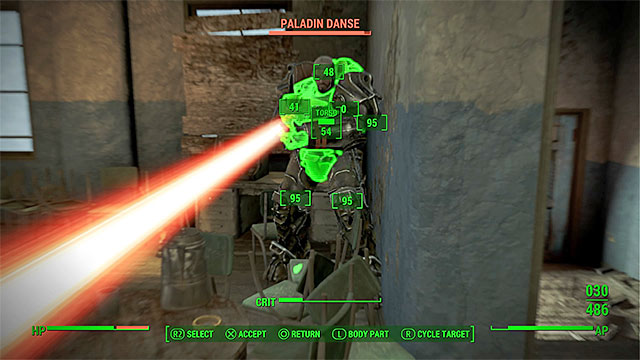 You can become the enemy of the Brotherhood of Steel by, e.g. killing one of the soldiers of the faction 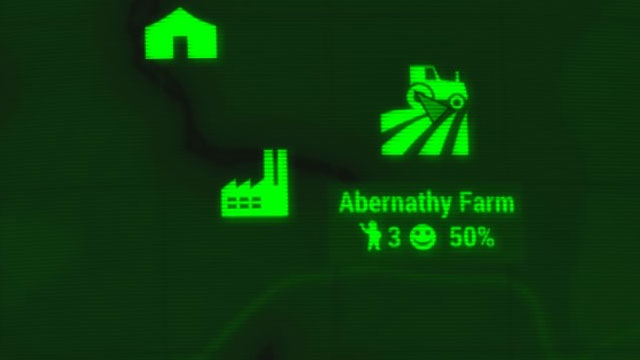 The plan is that you destroy the Prywden airship belonging to the Brotherhood of Steel and for this, you need to build artillery pieces in five different locations. The first one has already been built in the Castle while you were completing the Old Guns and, provided it has not been destroyed, or removed, there still are four more to build. You can build artillery pieces in Minutemen settlements, so in Sanctuary and all of the other location where you received help from locals, after you have completed minor quests for them. Remember that you should be picking those of the locations, where there is at least one settler, because there must be somebody to man the cannons. Fortunately, you learn the exact numbers of settlers in a given location, after you roll the mouse over its icon, on the world map - given the example of the above screenshot, there are three settlers on the farm.

Note - If you have any problems finding settlements, check out in your journal, which locations your previous Minutemen quests were connected with. Of course, you can take interest in some other quests from that faction, in order to unlock more settlements. 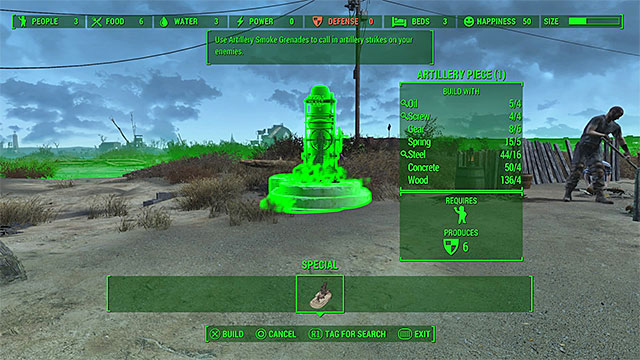 After you reach a location where an artillery piece can be built, access the workbench menu, select the Special tab and then Artillery Piece. Of course, to build one, you require materials, but they can be often found in the game world. What may be more difficult to find is Concrete in greater quantities, but you can, e.g. order it to be delivered by the robot merchant in Greygarden. 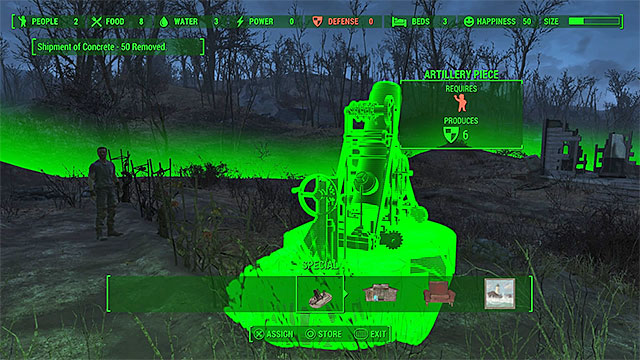 Assign any dweller to man the piece

Building an artillery piece does not get things done, because you also need to assign manning it to a dweller. Do not leave the workbench menu, find any settler, mark him and order him to interact with the piece. Repeat this action for all the rest of the pieces that you build, up until there are five active.

Note - before you build the fifth piece, consider upgrading the Castle, because a major battle will take place there, towards the end of the quest. You can build, e.g. new cannons or new traps there. 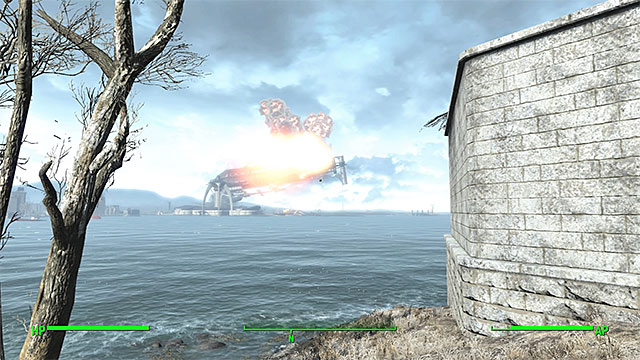 Barrage will destroy the airship of the Brotherhood of Steel

Return to Castle and wait for the barrage countdown to start (there is no need to intervene in any way). The attack ends in a success, e.g. in the destruction of Prydwen.

Fight back the Brotherhood assaulting the Castle 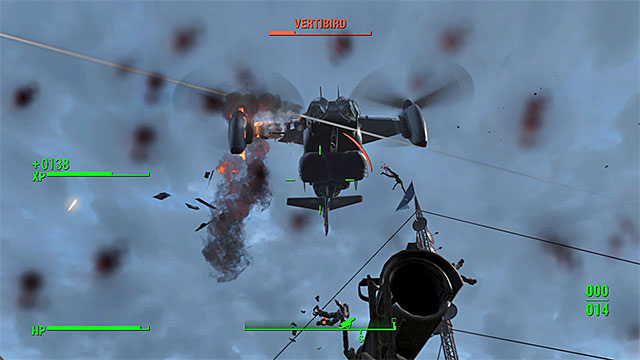 Use rocket launcher to shoot down Vertibirds

This is not the end of this quest, because the forces of the Brotherhood of Steel are getting prepared for an offensive attack and soon they start arriving at the Castle. At first, the enemies will only be using Vertibirds and you should make sure that you shoot them all down, before they unload the soldiers. What works best here is rocket launcher. Wait until a Vertibird comes close and hovers above a spot, thanks to which you will minimize the risk of missing and wasting rockets. 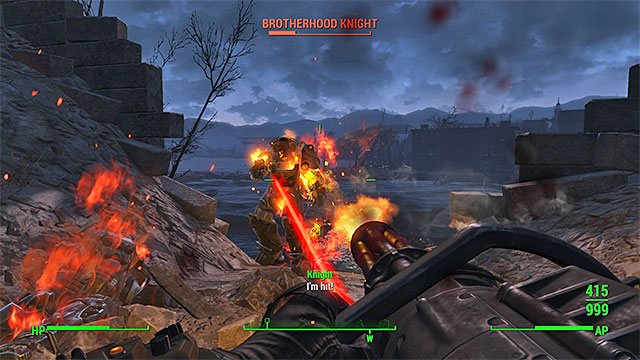 Use your best weapons to eliminate soldiers in power armors

Sooner or later, this leads to fights on the ground. In this case, you can use any weapons you want, but it is recommended that you rather rely on weapons that are effective at eliminating enemies with power armors, and many of the soldiers of the Brotherhood of Steel will be wearing them. During the fight, try to use advantage of height and hide behind walls, or inside the fort, only when you are facing the risk of a mass fire attack from several Vertibirds at once.

Keep fighting up until the Castle defense bar reaches 100%. Talk to Preston Garvey to complete this quest.