How to unlock: go to the town of Salem and then to Rook Family House and talk to Barney (M3,16) 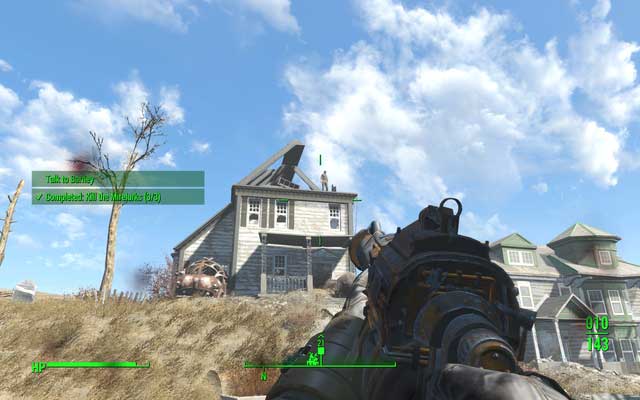 Barney on the rooftop of his house

After you get to Salem, go Northwards, towards Rook Family House. There, you find Barney who is standing on the rooftop of his house and is fighting mirelurks. Talk to him and follow him to the basement. He will give you a quest of activating five turrets using terminals in the town, thanks to which he will be protected against the creatures. 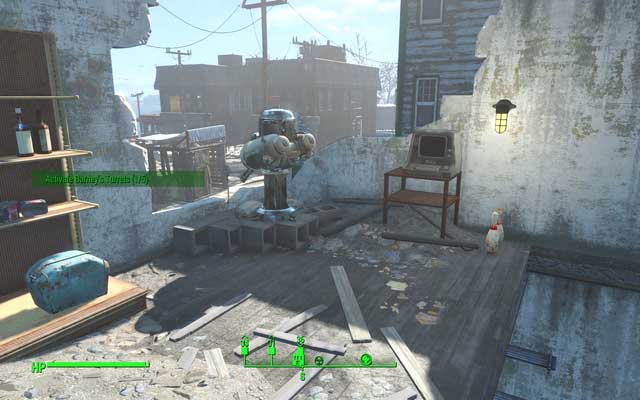 Activate turrets marked on the radar, using terminals located right next to them

While exploring the town, you run into many mirelurks, e.g. by some of the turrets. After you have activated each one of them, return to Barney and you will gain access to the locked room in the basement. In there, you find a Reba II sniper rifle. In the basement, there also is an issue of Guns and Bullets.