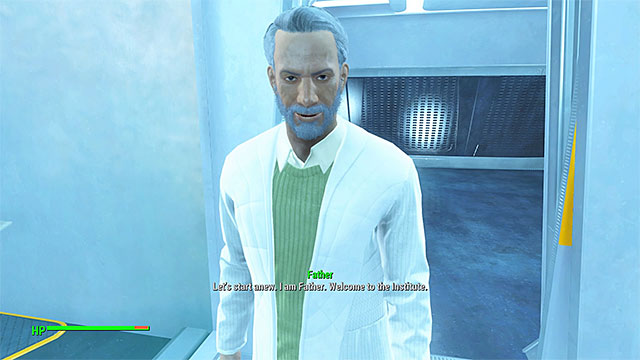 You can visit the breathtaking HQ of the Institute only later into the game.

The Institute is the only faction that you come into contact later into the game. First, you need to complete all of the "independent" quests of the main storyline (up to The Molecular Level , i.e. the one connected with building the teleporter that lets you teleport to the underground HQ of the Institute). A breakthrough moment is when you receive Institutionalized main quest, where you need to agree to work for Father. It is impossible to reject his offer, or this will spoil your chances of further relationship with that faction.

You do not dear that entering friendly terms with Father and his faction will have negative effects on those with the previously-discovered factions. Only your decision to continue your work for the Institute may affect your relationships with the rest of them. The one in question is the Mass Fusion quest, whose completing means entering the warpath with the Brotherhood of Steel. Further quests for the Institute are about getting rid of the two other major factions from Commonwealth - End of the Line requires you to kill out all of the Railroad members and in quest Airship Down, you are to obliterate the HQ of the Brotherhood of Steel. The last main quest for the Institute is Nuclear Family, where the objective of this quest is only to have a short conversation with Father.