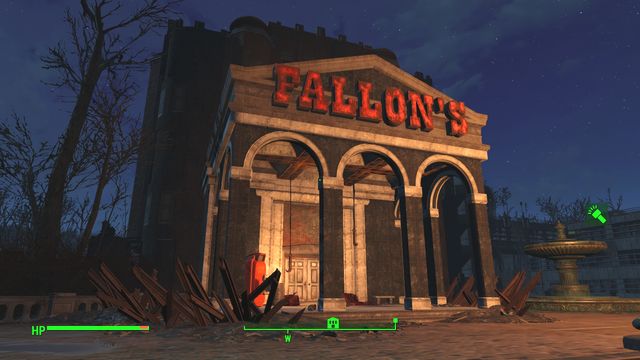 The building is a three-story department store that is being occupied by super mutants. In here, you find a number of locked containers and safes, as well as lots of cash. 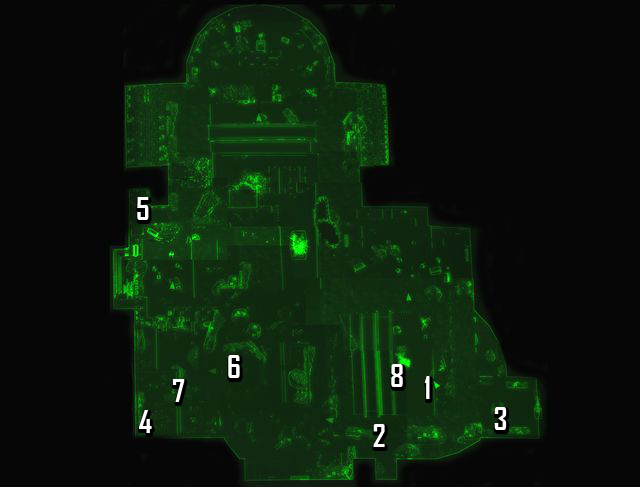 1. At the ground floor there is a master safe.

2. In the basement, there is a terminal (novice level), thanks to which you can activate the robot that can help you fight the opponents. In the same place, at the second floor, there is another terminal and a robot.

3. In the basement, in the wall, there is an expert safe. Inside, you predominantly find ammo.

4. At the ground floor, in a locked room (novice level) you find a Stealth-Boy.

5. Office at the first floor, locked with a novice lock. By using the terminal (also novice level), you can activate the robot. 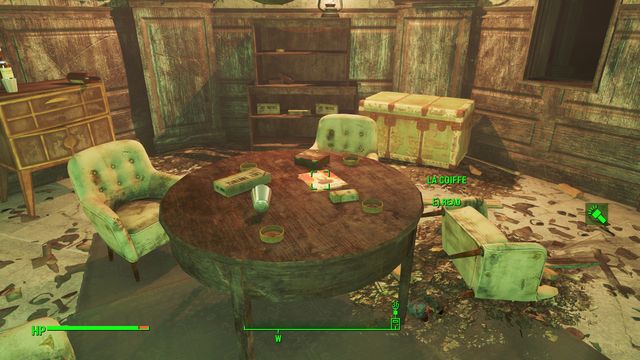 6. In a small room at the second floor, there is an issue of La Coiffe and lots of cigarettes and cigars. 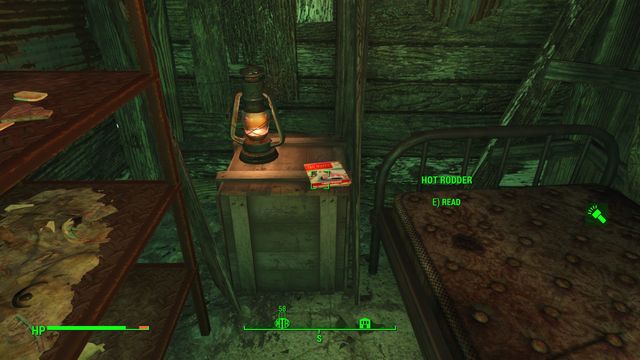 7. At the second floor, there is a roof exit. There, you find, among others, a fusion core. Also, this way, you reach the multi-storey park garage, where there are some valuable items, such as an issue of Hotrodder. Watch out, because there are tens of various traps all around the place. 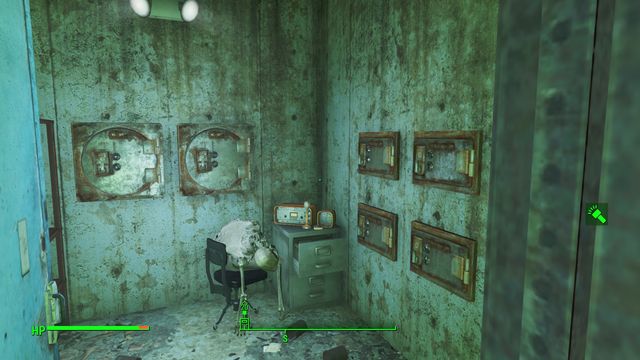 8. In the center of the rectangular of counters, there is a master safe and a hidden button, under one of the counters. It moves the shelf in the Southern corner of the room. Inside, there are 2 master safes and 4 boxes with advanced locks. You can open all of them using the key from the red box on the left. Inside, you find lots of ammo and cash.