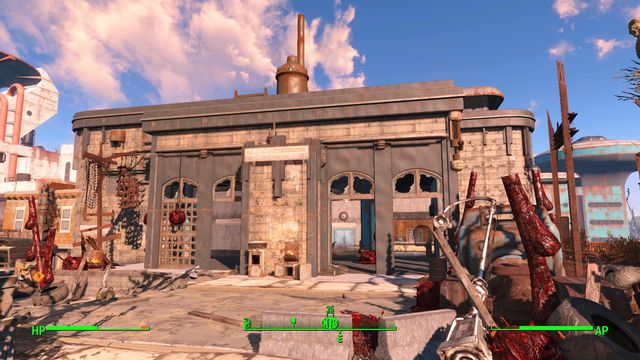 West Roxbury is a metro station occupied by super mutants. Here, there is a simple puzzle of pushing buttons on consoles, which moves individual metro cars and lets you reach inaccessible parts of the station. Outside of the building, before you actually reach it, you need to watch out for three suicide mutants.

1. After you enter the metro station, keep going ahead and defeat opponents that you encounter. After you climb down the stairs, to the platform, press the red button in the cage, in the center.

2. walk through the opened door of the locomotive and press the button in the cage on the left. 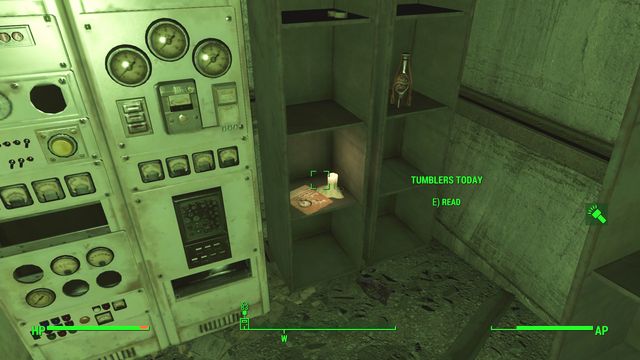 4. Go across the train and, in the cage opposite the forklift, press another red button. 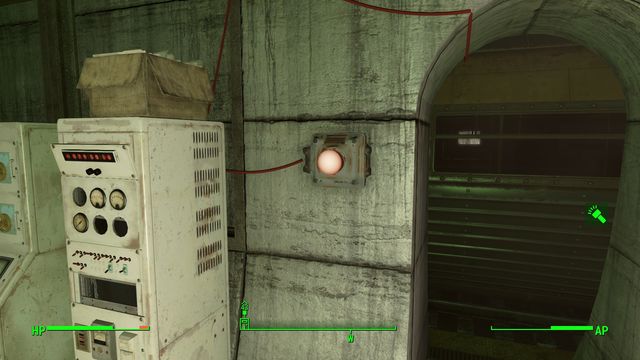 Pressing buttons in the appropriate way is the key to crossing the metro station.

5. After you enter the train, you notice a grate at the other side. Approach it and turn left. In the distance, you notice a blinking red light. Jump into the gap between the train and the wall and go ahead. At the end, there is a corridor entrance.

6. Follow the corridor and kill all the super mutants that you encounter. In the room at the end of the corridor, you are going to fight a more demanding fight. Here, you find some ammo, meds and a super mutant armor element. To exit, you need to unblock the door.