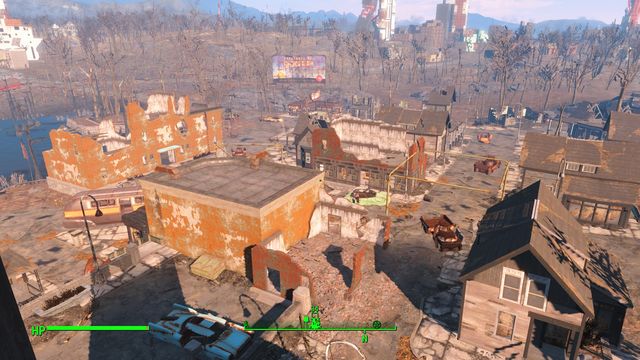 Jamaica Plain is a township occupied by a large group of ghouls. Also, there are several dilapidated buildings here., where you find some valuable items. Watch out, because the opponents have the tendency to come out from under rubble and from walls.

The church in the South-Eastern part of the town is locked, but you can gain access to it across the house next to it. Inside, there are several valuable items, including a very good laser pistol.

In the building next to the town hall, you can find two police robots that you can activate using the terminal (novice level). They will help you clear the rest of the town of ghouls. In the bus, there is a fusion core.

The most important building in the town is the town hall. In the Mayor's office, you find a terminal that you can open a master safe with. The password is in the possession of one of the killed citizens at the upper floor, and one in he church.

In the basement of the town hall there is an advanced door. It takes you to an underground complex. 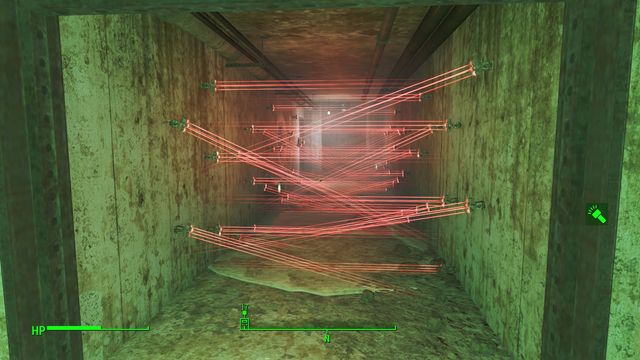 After you enter the building, after a while, you will be stopped by laser tripwires that activate three powerful turrets. To disable them, you need to find the keycard and use it on the console. One of them is on the corpse in the church and another one is on the console itself. If you want to destroy the turrets, the easiest way is to hide behind the wall and to throw in several grenades. 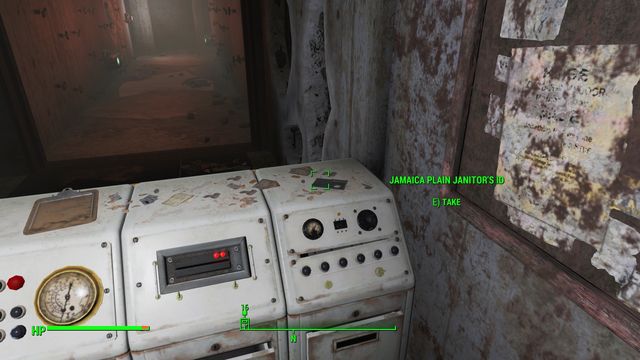 After you get past laser tripwires, you can enter the hole in the wall that takes you to the room with an expert safe. Also, you can get there earlier, as long as your lockpicking is at the master level.

In the second room of the complex, you find another console that you start with an appropriate ID card. It opens door to the next room. 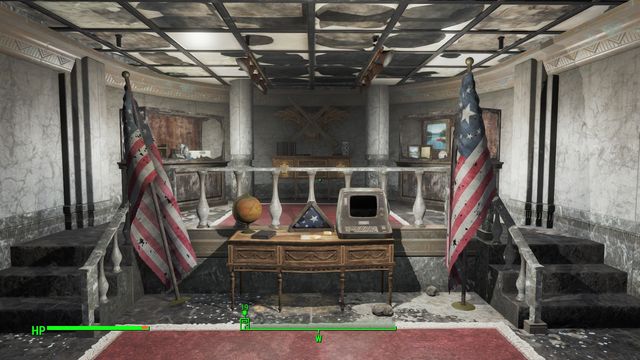 This way, you get into a "vault" of a kind, which has been left for the future generations. Here, you find an unique baseball bat, as well as lots of junk that is worthless to you, as of now.