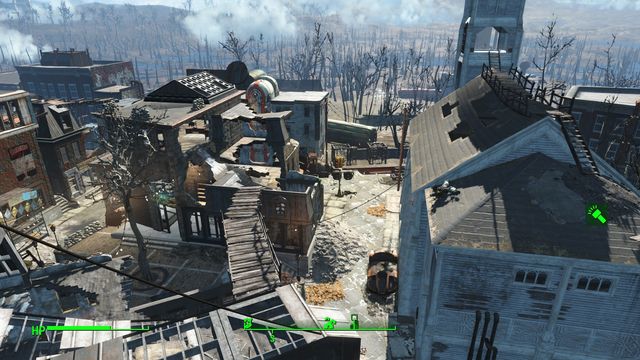 Quincy Ruins is a relatively big area that is being occupied by gunners. The area encompasses several dilapidated buildings with some valuable items inside, such as ammo, meds and food. Also, you could note the highway above the town. 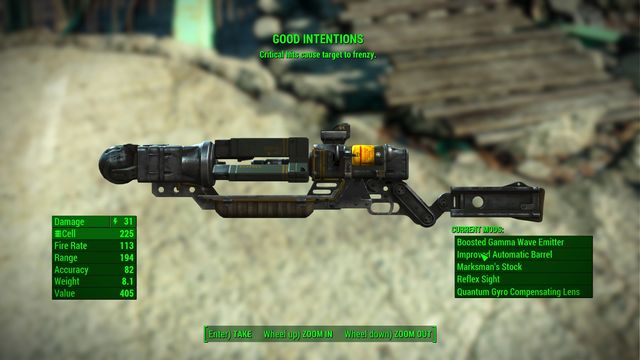 During exploration, you need to be especially careful with three opponents. One of them, gunner Baker, is standing on the church's rooftop and he is armed with both a regular rocket launcher, and a "Fat Man". On the highway, there is the gunners' leader standing - Clint, who is wearing a power armor and a legendary weapon (Good Intentions). The third one - Tess, is standing on the rooftop of another building. He is also wearing a power armor. On him, you find an unique element of the power armor - Tessa's Fist. 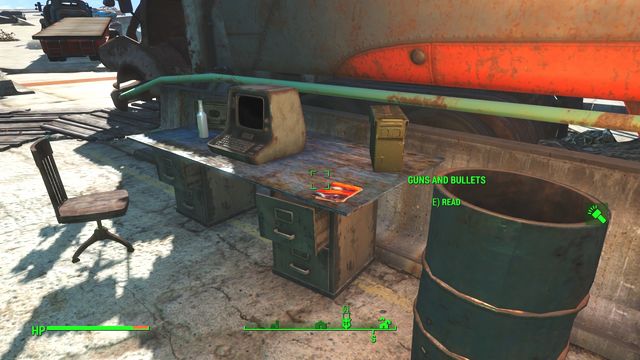 Up on the highway, you find two shelves that are filled to brim with food. On the desk at the top level, there is an issue of Guns and Bullets.

In the church, in the attic, there is an expert safe.

In the destroyed metro car, you find a rocket launcher.