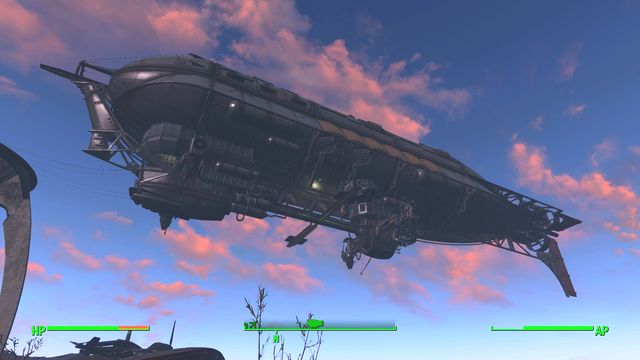 You can sell items you don't need here and replenish your supplies. Teagan is selling great number of ammunition and fusion cores, Cade sells medicaments and he can heal you.

On the Prydwen ship you can start many random side quests. They are given by: Quinlan, Teagan, Ingram, Kells and Neriah. Some of the quests become available only after a certain point of Brotherhood of Steel's story plot. 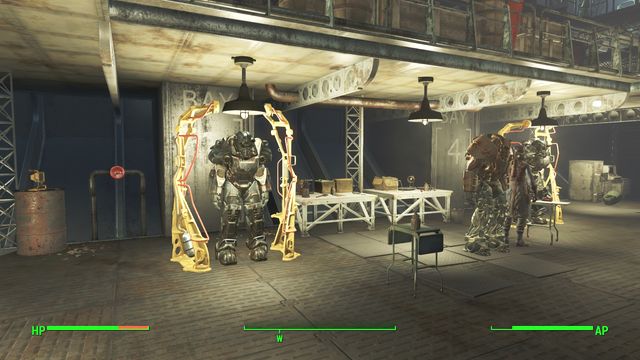 Here you will find all workshops available in the game. They are located on two floors of ship's main deck.

If you join the Brotherhood of Steel, you can use the workshop for power armors and you will receive one such armor.

Don't forget to search the ship thoroughly. Many of items can be taken without it being considered as theft, so you can gain large number of food, ammunition and medicaments.