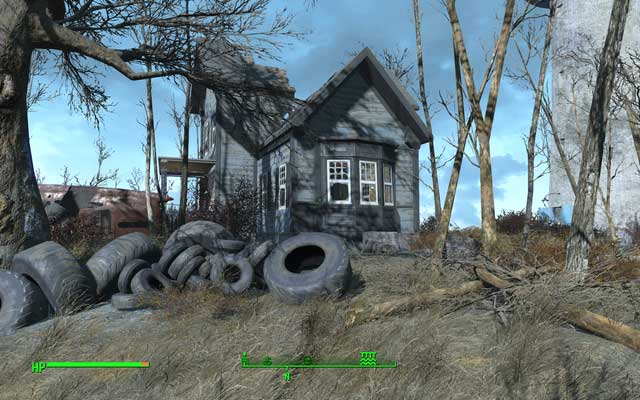 It's a small house with a lighthouse. It is also one of two locations in the game (the second one is the neighboring Crater House) inhabited by Child of Atom, religious zealots who will immediately want to kill you.

The area is filled with nuclear mines,

A glowing ghoul is imprisoned at the top of the lighthouse - he can kill all the zealots in the surrounding area since their weapons only heal him,

Inside the house there is a safe (advanced lock),

It is worth going to this location in order to collect Gamma Gun - a special weapon with a very strong radiation attack (works only on humans and some monsters, doesn't affect robots, synths and ghouls)

Wear Hazmat suit (you will find one nearby, in Hugon's Hole) in order to avoid receiving any damage from enemies (except for grenades and mines damage)