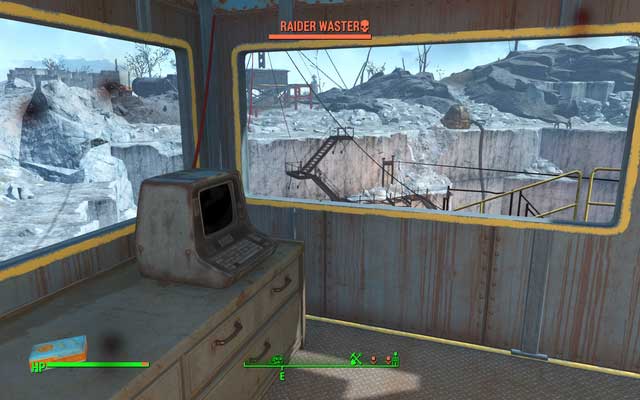 The terminal that deactivates the turrets

This inactive mine is currently a base for powerful raiders. Entrance to the main part of the location can be found at the very bottom, in the northern part of the rock - there you will find door that leads to mine corridors. In order to make walking down easier, in first order deactivate the turrets by using the terminal in the eastern building on the surface. There is only one corridor underground, with no branching, so you will be unable to get lost there.

After walking down the long stairs you can find Astoundingly Awesome Tales magazine in the workshop.

Once you open the red door with a chain, instead of raiders you will face ghouls. Don't turn the lights on so that you won't wake them up - this will allow you to make the whole road by sneaking up. 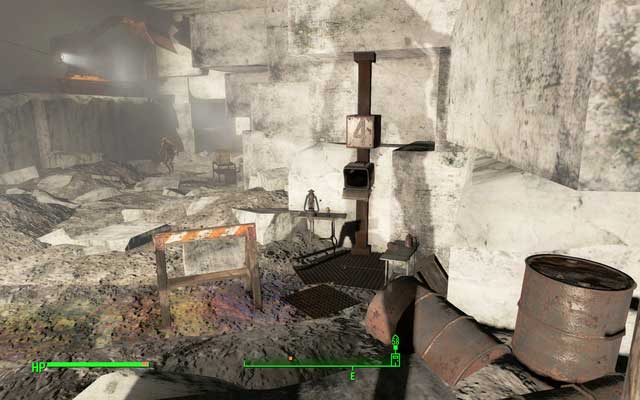 Sneak bobblehead in the fourth room

Once you reach the room with yellow digger and number "4" marked on the posts, you can pick up the Sneak bobblehead lying on the desk near the terminal, 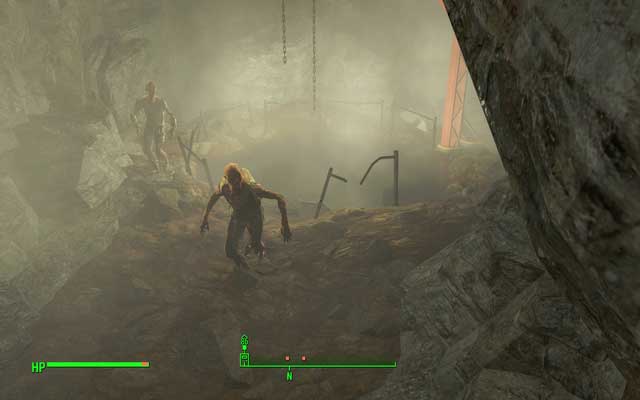 A lake thanks to which you will find a unique sword

You can go through the same road or turn right in the middle of the straight corridor in order to escape through a different exit. The door at the end is locked - you will find the key at the corpse on the left from them.