How to unlock: You must complete the Mankind-Redefined Institute quest and later in the game return to Institute (M5,6). 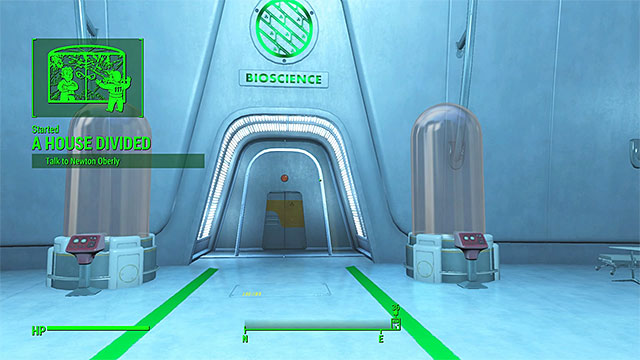 Unlocking this quest isn't an obvious matter. First you must complete the Mankind-Redefined major Institute quest (during which you participate in a directorate meeting). Once you do it, leave the Institute by using quick travel and move to any other location in the game world. Then return to the Institute. The first synth or employee in the facility you meet will tell you about a crisis situation in the Bioscience division. 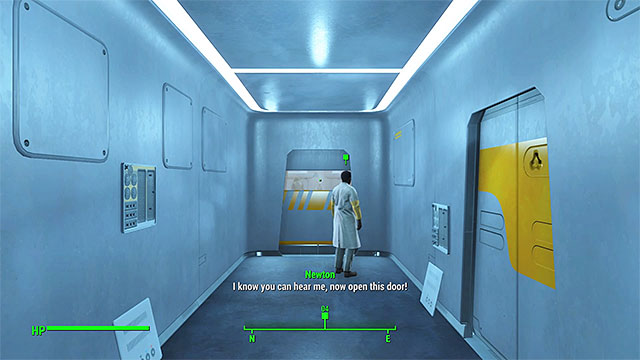 The place where you find Newton Oberly

Find the door leading to the bioscience division and use it. Once you reach the destination, speak to Newton Oberly. He will tell you that Higgs and Loken have barricaded themselves in the bioscience division and they don't accept the fact that you were selected as Father's successor. Newton will give you BioScience Systems Access holotape and he will unlock a side passage for you.

Reaching the room with scientists 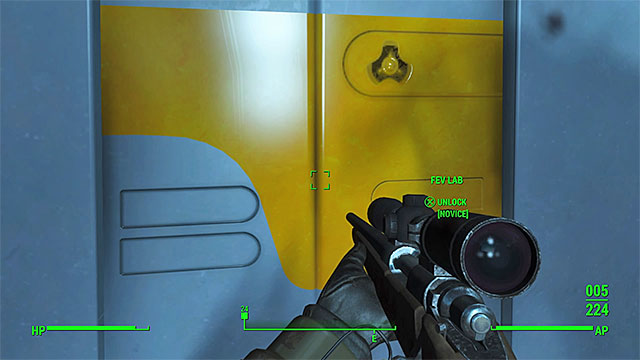 Entrance to the FEV section

Be careful as while traveling through the neighboring corridors and rooms you will be forced to eliminate hostile synths and security turrets installed at the ceiling. Two different paths lead to the room with scientists. First one will make you go through the FEV laboratory and in order to use it you must break a simple lock at the door. In the FEV section you will have new enemies to defeat, including a stronger Assaultron robot. Other obstacles are closed door that requires you to use bobby pins or the terminal and some laser traps. 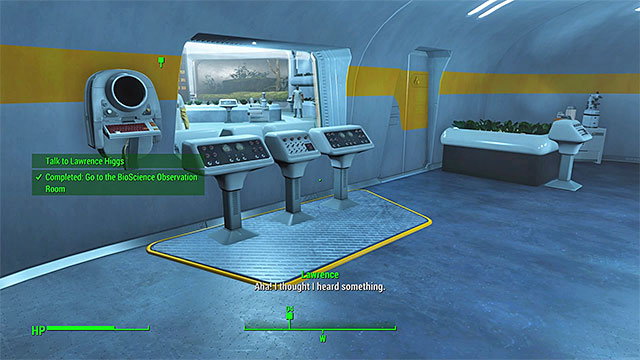 You can speak with Higgs through the glass

Important - If Lawrence Higgs will not immediately run away from the glass (starting the battle), you can continue the conversation with him. Using high Charisma will allow you to convince both rebel scientists to give up and open the door to bioscience section. 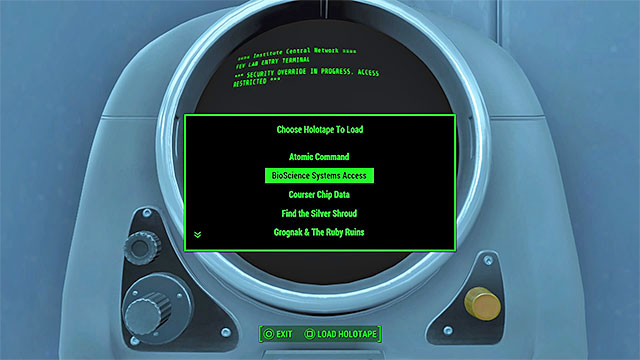 No matter whether you decided to go through the FEV lab or the bioscience section room, you will reach one of the computer terminals. Ignore the main menu and press the load holotape key/button. Pick holotape with access codes to the bioscience section that you received from Newton at the start of the quest (BioScience System Access) - as shown on the above picture. 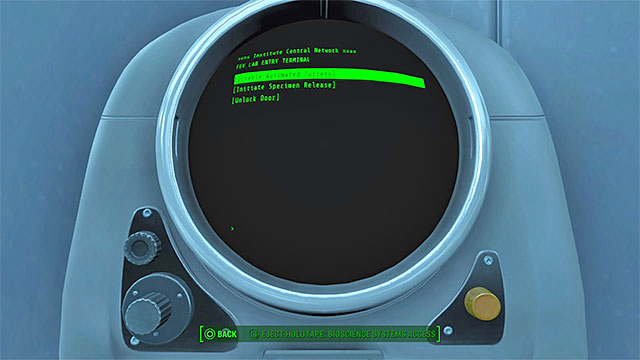 New main menu of the terminal

A new menu will be loaded. Three main options are: 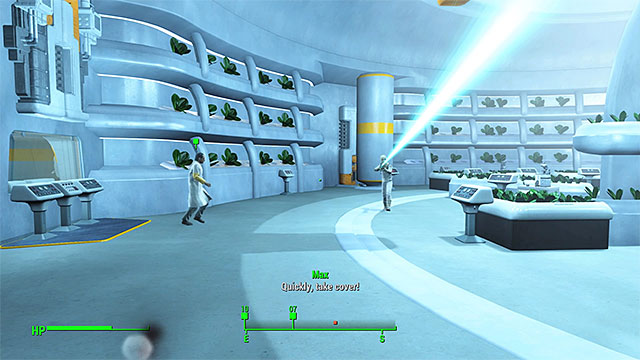 Get rid only of the synths

If you picked the main path, the new battle will start automatically after you enter the room with scientists. If you walked through the FEV laboratory, then you will be able to sneak up to them. In both cases focus only on destroying the two final synths. Don't attack the scientists, they are no threat to you.

Meeting with Lawrence Higgs and with Max Loken 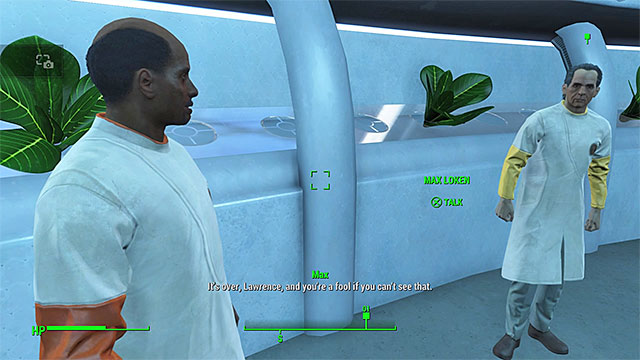 Speak with the scientists

Once the battles are over, walk to the scientists and initiate conversation. Doctor Max Loken will decide to give up and unlock the access to the bioscience section. As for doctor Lawrence Higgs, during the last conversation with him you can use high Charisma and convince him that it is worth giving you a shot whether you will be a good leader. 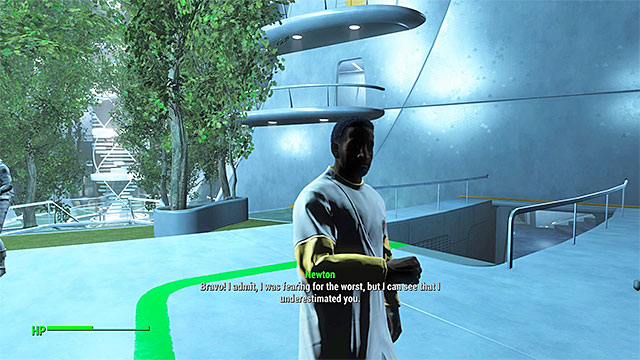 Take the reward from Oberly

No matter the decisions you made in this quest, go back to Newton Oberly and report to him. If the scientists weren't murdered, you will be asked to select a penalty for them. This time you shouldn't use high Charisma, as the option related to it will be to execute them. It is better to give them some less extreme penalty. Newton will give you various chemicals as reward.