How to unlock: automatically after completing the Rockets' Red Glare quest

Use another road to get into the Institute 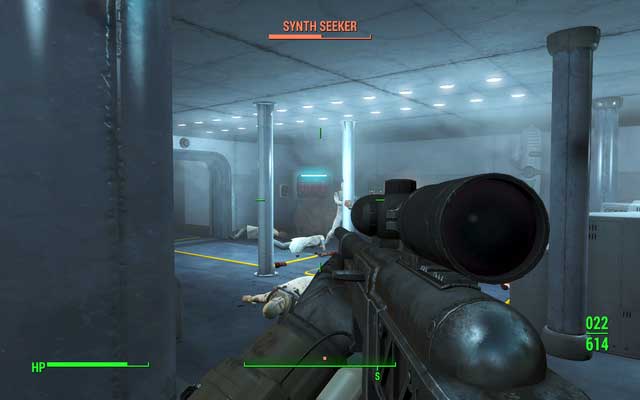 "Clean" the room for guests...

It's the last quest that finishes the main story. In this chapter you will learn how to complete it by allying yourself with the Railroad faction. The condition for starting this quest is having good relations with the Institute up until this point.

In first order you must talk with Desdemona. Then go to the Institute where near the transmitter you will find Z1-14. He will want you to get rid of all the other synths and scientists in the room. Once that happens, your backup will come through the transmitter. 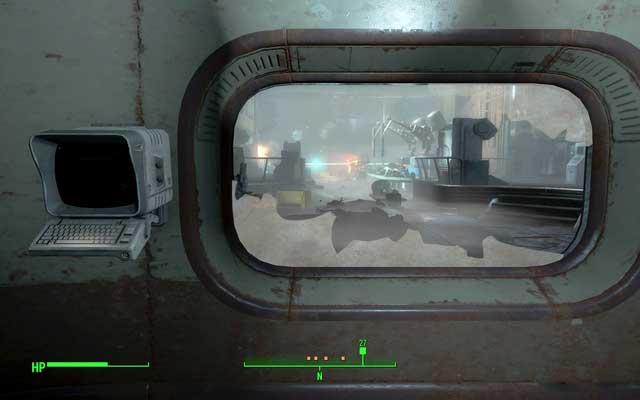 You can activate the drone on the lower floor, it will help you in eliminating synths

Go along the road through the abandoned part of the Institute until you get inside. On the way you will face many first and second generation synths and some laser turrets positioned in pairs - the latter can be deactivated using terminals. Once you get to the bottom floor, use terminal to activate a robot that will help you in battle. 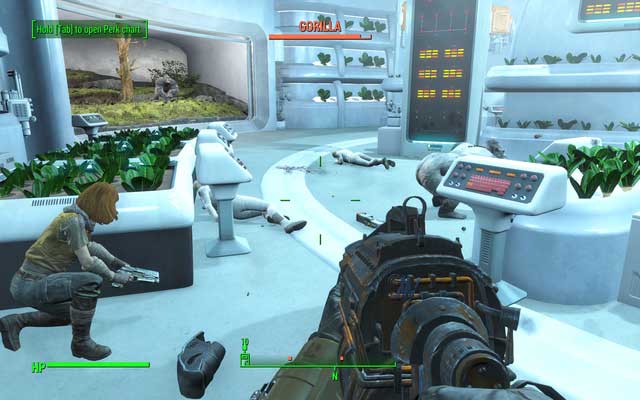 The released gorillas will be your enemies as well

Then you will get inside the Institute where the actual battle will start. In the first biotechnologies room you can break up the glasses behind which there are gorillas - they will become the third side in the conflict. Get to the main hall. If during the Underground Undercover side quest you have prepared weapons for the synth rebels, now they will help you in combat with the weapons you delivered to them. 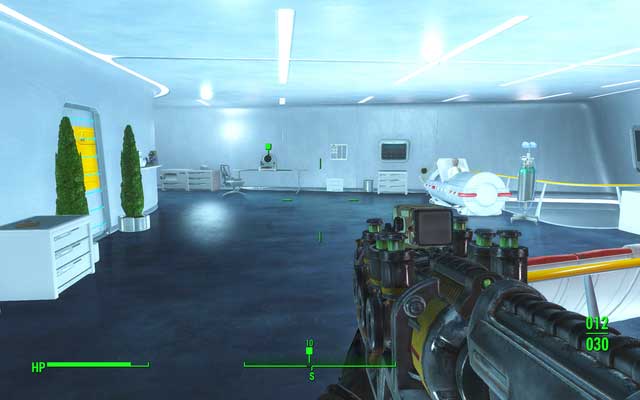 Use Father's computer, you can talk with him before you complete the objective

Go to Father's room after clearing the path. You can speak with him and use Charisma to receive a code. By entering the code in the terminal next to his bed you will deactivate some of the enemy synths. Use that terminal to unlock the passage to the reactor.

Plant the explosive in the reactor 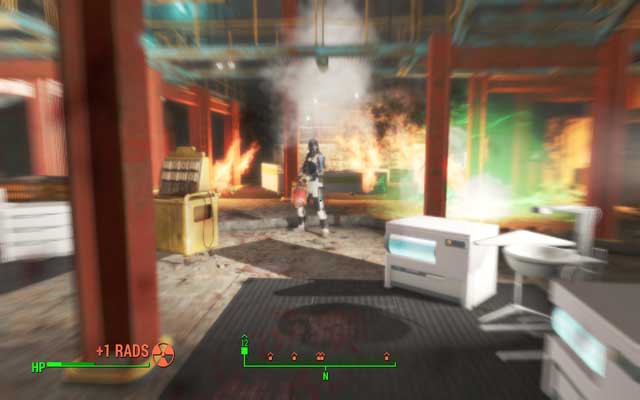 Inside you will have one more hard battle to fight. However, you don't need to participate in it too much - your target is to take the core from the reactor (watch out for high radiation level). Once you do it, you will be teleported away from there. One of the stronger synths will have a rocket launcher (basic version) and another will have a flame thrower. 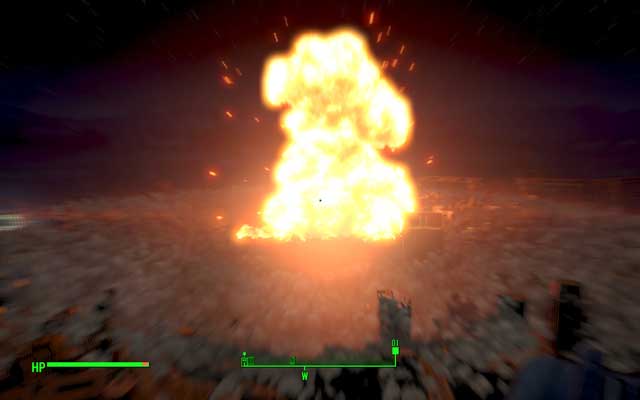 The final elimination of the Institute doesn't mean you won't face any new synths...

Once the teleportation happens, you and the whole team will be transported to the Mass Fusion Building's roof. There you will find a detonator for the atomic charge that will allow you to finally get rid of the Institute. After that happens, the main story of the game will end, but you will be still free to explore the world and complete side quests.