How to unlock: While in the Castle (M7,1), you must complete the Form Ranks quest.

Talk for a moment with Ronnie Shaw after you reach the Castle. She will tell you that the Institute's attack is nearby. If until now you haven't invested much into upgrading the Castle, a new mission objective related to improving the defenses will be added to the journal. What's important, despite journal's information, it is an optional objective. You don't need to complete it in one hundred percent. If you will ignore it partially or fully, the incoming battle will be simply harder and there will be a risk of losing some of the "common" Minutemen (you don't need to worry about Preston, Ronnie or other important characters that represent the Minutemen faction - they cannot die). 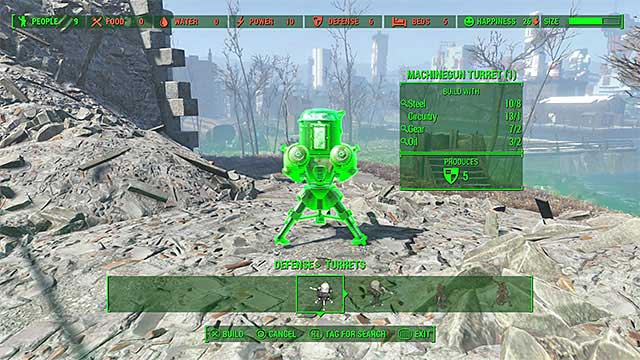 You can, for example, place turrets

Open the workshop window and open the Defense objects tab. You can select whichever you want, but remember about few important things:

Don't walk close to Preston until you finished fortifying your base. Once you walk towards him, a large battle should start. 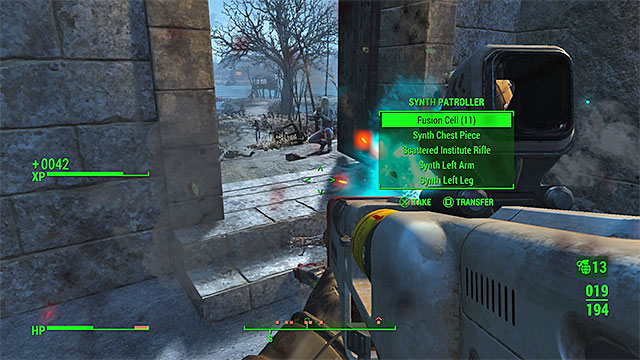 During this battle you will have to defeat a large group of synths. Not all of your enemies will immediately appear nearby. At first the enemies will use narrow passages on the lower level to enter the castle courtyard. You can use it for your advantage with some traps (the ones constructed in the workshop and, for example, mines), grenades and weapon that is effective in short distance. Further groups are more troublesome, as some of them teleport to the upper walls of the castle. You should look for when they will appear so that you avoid being surprised. 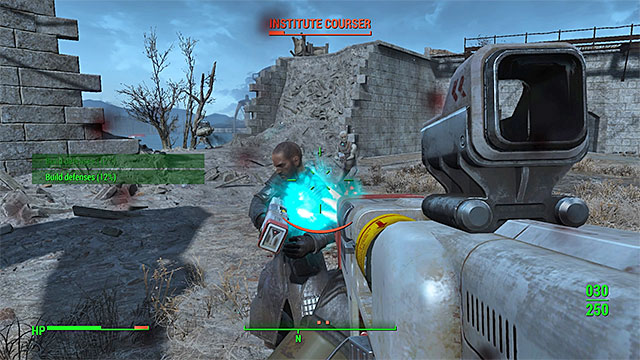 Use better weapons to defeat the coursers and other unique synths

The combat tactic should depend on how you developed your character. For example, you can use laser rifles similar to the ones used by synths, you can also use shotguns or good assault rifles. Coursers are the most dangerous of your enemies because they are more resistant, can heal and use camouflage. Due to that, you should prioritize attacking them so that they won't have time to regenerate. In addition to that, you can expect at least one elite synth. Use rocket launcher, plasma rifle, cannon or other powerful weapon to destroy him. During the battle you should regularly replenish your health bar and you should consider running towards hurt allies and heal them.

Meeting with Ronnie and Preston 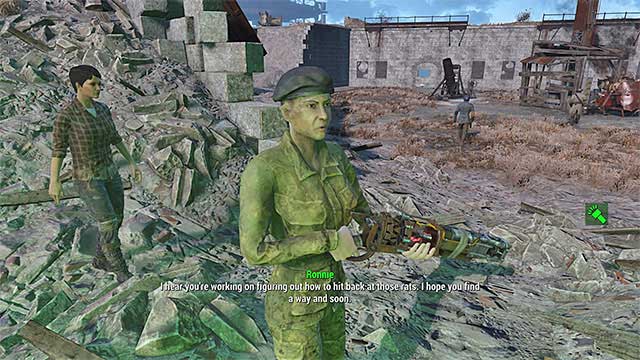 Talk to other Minutemen

You must keep fighting until the Castle is defended in one hundred percent (the game updates journal every 20 percent). Collect the spoils of war and then talk with Ronnie Shaw and Preston Garvey. In the meantime another large Minutemen quest will unlock - The Nuclear Option.