How to unlock: You must build the signal interceptor (teleport) by cooperating with Minutemen (the Molecular Level main quest) and talk to Sturges.

Receiving the holotape from Sturges 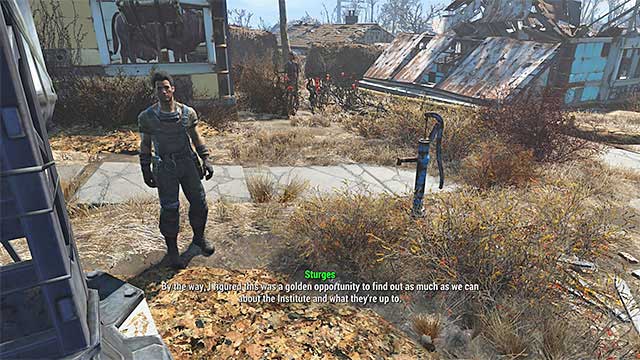 Take the tape from Sturges

The quest will be unlocked automatically if during the Molecular Level main quest you decided to ask Minutemen faction for help in constructing the signal interceptor. Just before using the built device (in order to move to Institute) Sturges should talk to you and ask you to load the holotape into one of the terminals in the Institute. 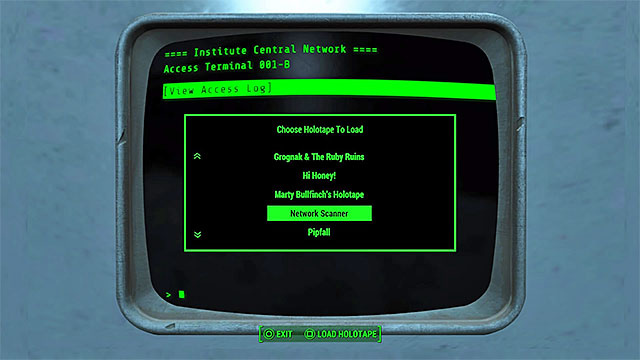 You can start completing this tiny quest after the teleport moves you to the Institute. Walk towards the closest computer terminal available and interact with it. Don't pick any options from the main menu, instead press the load holotape key/button. Select the tape received from Sturges (Network Scanner) - the one shown on the picture above. Confirm that you want to initiate network scan.

You can finish the quest after you leave the Institute (after you refuse the Father during the Institutionalized quest). Now you must simply meet again with Sturges and give him the holotape.