How to unlock: The quest will unlock automatically after completing the Tactical Thinking quest. 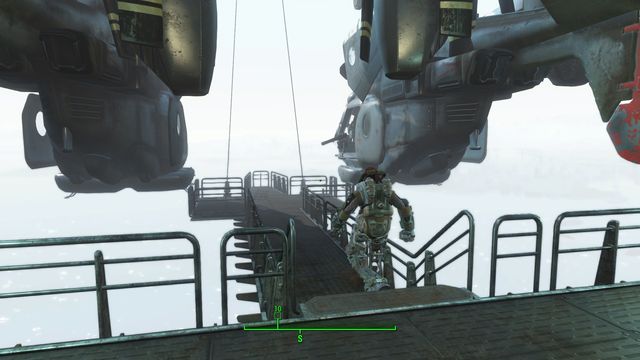 The mission will start automatically after finishing the last conversation during the Tactical Thinking quest on the Prydwen ship. Your first step should be talking to proctor Ingram. You will be tasked with finding another part for Brotherhood's large robot. Ingram will want to go with you.

At this point you can still decide not to back up the Brotherhood of Steel and tell everything to Institute. But if you made up your mind, follow Ingram and enter the flying machine. Remember that the Institute will become your enemy. 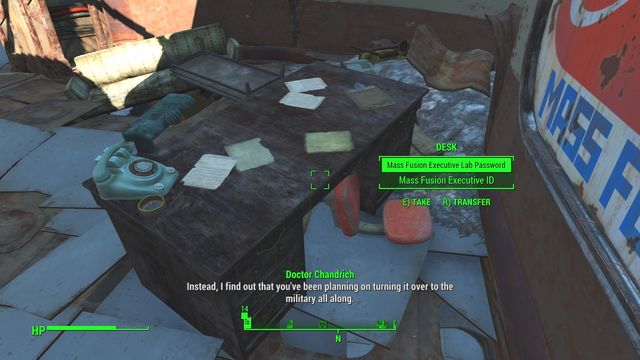 Take the password to the terminal and the card from the desk.

After entering the deck a short flight will start during which you will reach the Mass Fusion building. First use the cannon to get rid of all the synths on the roof. When the helicopter will stop for a moment, jump out by pressing the "E" key. Now you must go search for Beryllium Agitator. Walk inside and go to the terminal marked with green point. It is on advanced level, but you don't need to worry if you don't have your hacking developed enough. In the room nearby, in the desk, you will find the password. Read the first entry and the objective will be met. 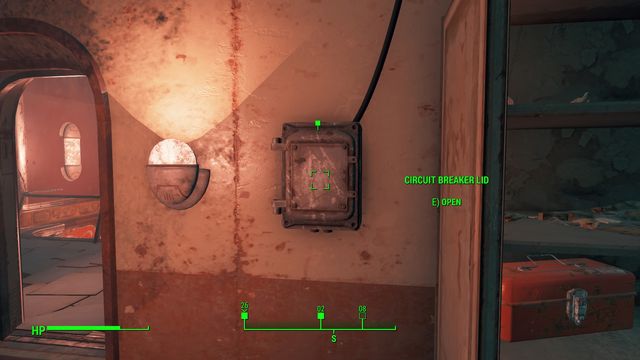 Return to the main room and use the elevator. It requires the card that was to be found in the desk, next to the password to the terminal. While riding deeper into the building you will have to eliminate synths. Sadly, at some point the elevator will stop. You must restore the power. Walk to higher floor, find the fuse box and use the lever. Reenter the elevator and use the card. 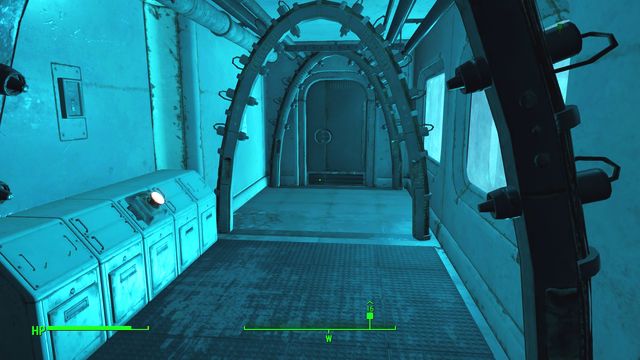 Pressing the red button will open the door leading to the reactor. It will also greatly increase the radiation level.

You will drive to the lower floor where you will have to fight few synths. Walk to the room on the left after defeating them. There you will find another elevator which you must use. You will reach the reactor room. Now you must walk inside. However, you should use Rad-X before that in order to reduce the radiation. Usually it is at around +60, so you must use quite some medicaments. Once you do it, press the red button and walk through the door. Quickly run to the platform in the middle, press the button and take the agitator. Now you must quickly return to the tunnel from which you entered and press the button again in order to close the door. 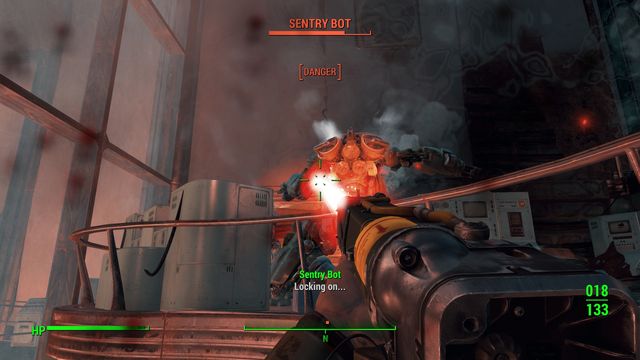 While fighting the robots, let Ingram receive most of the damage.

This isn't the end. Now you will have to participate in a hard battle with robots activated when you took the item. Sentry Bot will be among them. Try to use grenades and hide behind cover. Even when doing that, the battle will be very hard. Carefully keep getting to higher floor where you will find the exit from the facility. While driving the elevator, a side objective will activate. You can help Brotherhood of Steel's forces in the building's lobby. Immediately after the elevator door open you and few members of the brotherhood will be attacked by a large group of enemies. In order to get rid of them, it is best to use some powerful weapon, for example the minigun.

Once you get rid of most of the enemies, you can leave the building. Move to Boston Airport and talk to Ingram. The quest will be completed.