How to unlock: talk with Bobbi through the door in the alley near Hancock's house in Goodneighbor. 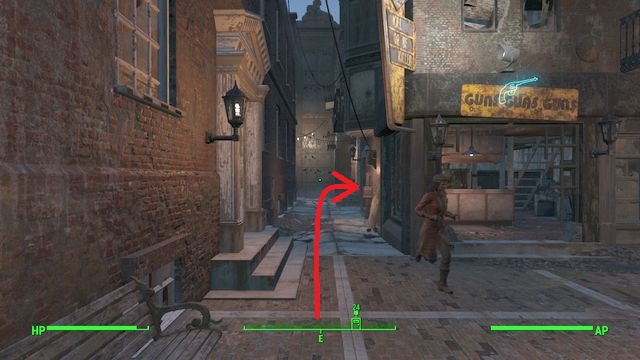 You will see a narrow alley between buildings while going from the main entrance to the street between Hancock's house and shops. At its end there are steel door through which Bobbi will talk to you. You can bargain the payment (50-200 bottlecaps) and the quest itself have three phases. 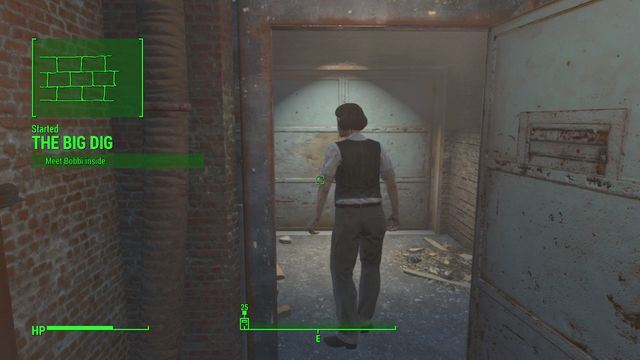 First enter the woman's house and talk with her on the lower floor. She will want you to walk down to the dug tunnel behind the door. There you will have to eliminate three Mirelurks. Then you will talk with the questgiver again and receive another objective. 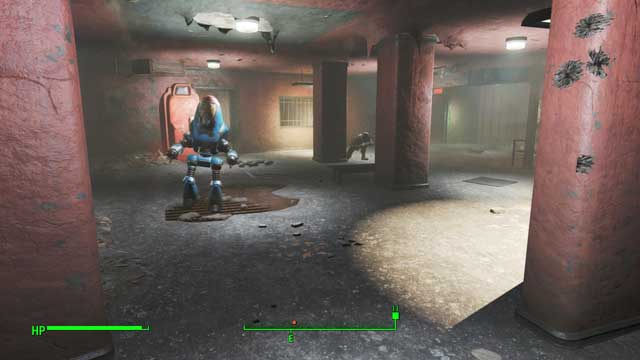 The police robot can make some noise once you activate it

Then go to Diamond City where you will meet with Bobbi. Your next objective is freeing Mel from prison. You can do it in few ways (the guard mentioned in next points is the commander - since he looks and is named as all the others, you must search for the guard that will want to talk with you):

Dig up into the vault 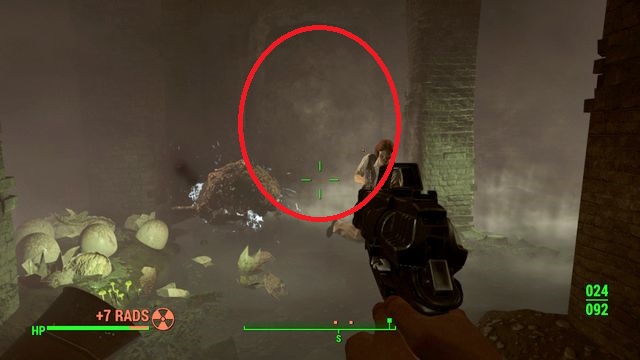 Then, talk outside with Mel and go back to Bobbi. Go together to the tunnel where a robot constructed by the freed prisoner will let you break through some walls - the grey ones that look as if they were made of clay. Behind them there are tunnels that lead to your objective.

In another room in which you will notice fusion core on the left side, there is a wall on the right side. Walk through it. 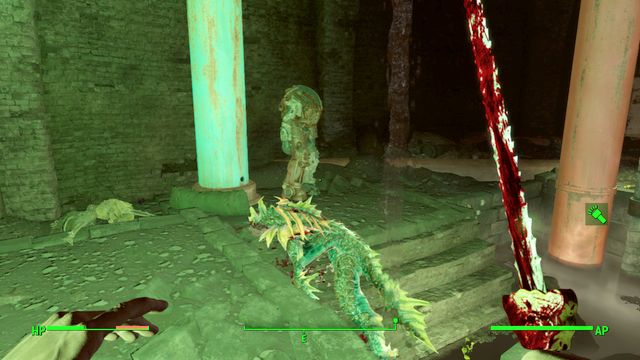 Power armor hidden in one of the sewers room

By going ahead you will encounter a Mirelurk King and you will find incomplete X-01 power armor. On the metro station you will have to fight large number of ghouls. Don't walk too far ahead at once, so that you can deal with small groups at once. 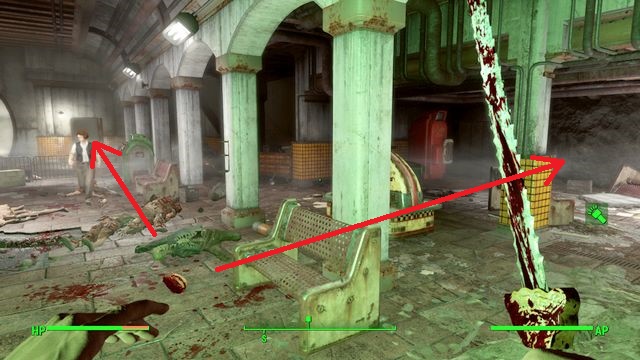 Two roads lead to the basement: straight next to the metro car or to the right. Ahead you will face many ghouls (there is a high chance for at least one of them to be legendary) and by going to the right - smaller number of mirelurks (and at least one fusion core). The road right is definitely easier.

In the basement where two roads connects you will face a glowing monster (miniboss). Make sure that he will attack not you but one of your companions - he is generating quite some radiation. 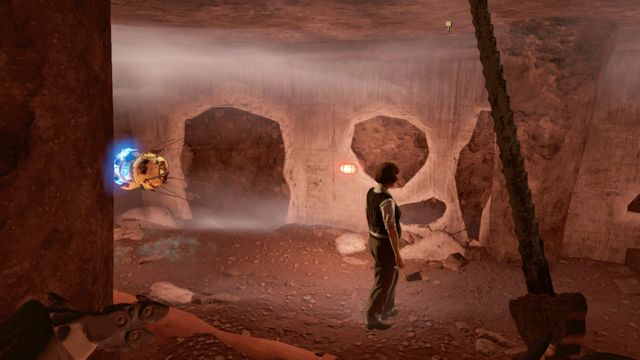 The wall in the next small cave is the last that you must break. However, a bug can occur here. Due to it, the robot can ignore you ordering him to destroy the wall. In order to fix it, talk with Mel and he will give the command to the robot. If Mel doesn't want to talk with you, shoot him and try again. After a short conversation behind the wall you will enter the warehouse.

Enter the vault and choose Bobbi's or Fahrenheit's side 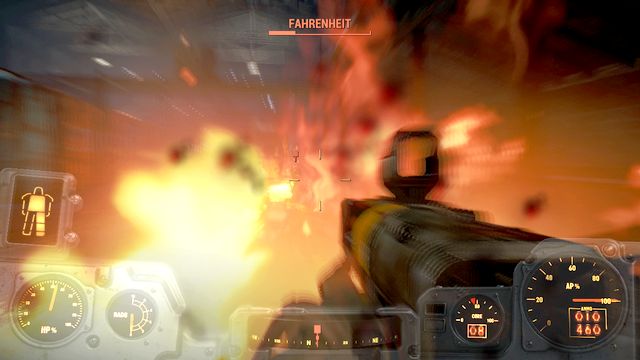 You can fight with Fahrenheit, but in that case you will lose any sympathy of Hancock

As you will find out, it is not a warehouse in Diamond City, but private stock of Hancock, Goodneighbor's mayor. Inside you will find security led by Fahrenheit. Fighting them can be hard, especially since the leader has a good minigun and her helpers like to use grenades and fire.

You can also betray Bobbi and attack her. Or you can try to persuade her to walk away, ending the matters peacefully.

Quest rewards: experience, "Ashmaker" minigun (it burns enemies). Depending on which side you choose: Bobbi - 50-200 bottlecaps (you can negotiate additional 50 after completing the quest) and what is inside the wagon (among other things, 2 fusion cores); Fahrenheit - John Hancock as your companion and 199 bottlecaps.