The post apocalyptic world in Fallout 4 doesn't have giant size, but it is filled with content. Due to that, you will spend large amount of time on traveling through the world. It is a good idea to do it wisely and with the knowledge of basic relations happening in the environment. Most important matters related to exploration are described below. 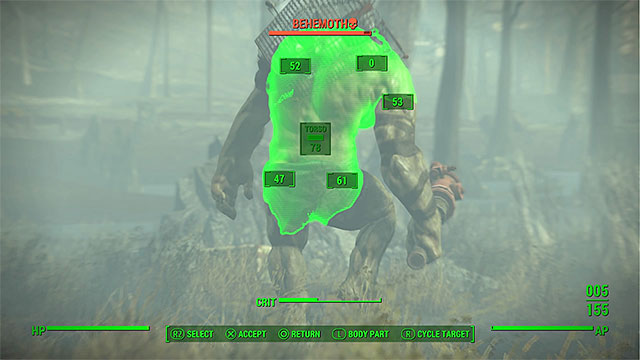 One of the most important information is that the game doesn't block the world exploration. In theory, you can freely explore the wastelands immediately after leaving the Vault 111, the starting location of the game. The only exceptions are some buildings and faction quarters (for example, Railroad's main base or Institute hideout) which become available after starting a specific quest or starting working together with the faction. Despite a giant freedom, you shouldn't walk too far away early in the game, as more remote territories are filled with strong enemies who can immediately eliminate inexperienced hero.

After starting the game, you can rather safely explore the whole northwestern part of the map. Rarely can the player meet creatures (like yao guai bears) there that require using better equipment or waiting for the character to advance to higher experience levels. After exploring this corner of the world map, start moving southeast, towards the Diamond City (it is related to one of the first main quests). All new locations visited on your way to that city also shouldn't surprise you with high level enemies or other complications. Once you develop your character a bit, you can start exploring more thoroughly the northern, western and central part of the map. Leave the other regions for later. The hardest opponents can be met in the southeastern corner of the map. Southwestern corner contains the Glowing Sea, a giant, radioactive area, which should be explored only after you get the power armor or Hazmat Suit. 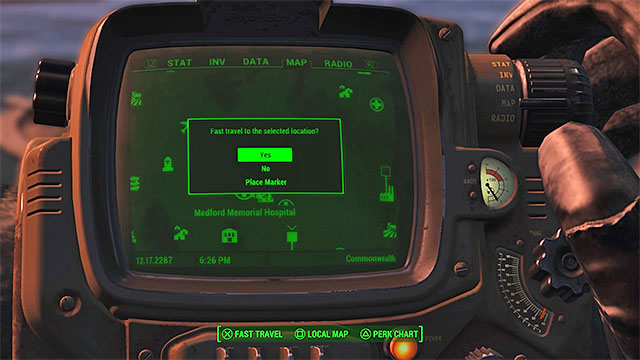 Quick travel is a very useful function available in the game

There is a quick travel mechanism available in Fallout 4 and it works exactly as in previous RPG games developed by Bethesda. Few hundred of unique locations wait to be discovered and later in the game you can easily return to each place you have found previously. It is worth adding that quick travel will work only when you aren't attacked, there are no enemies nearby and your character isn't overloaded. Additionally, you can activate the quick travel only while on the main map, not inside a building or in a separate location. The last limitation sadly applies to cities in the game world, such as Diamond City market, as well. If you want to use quick travel, first you must leave the market.

You should start regularly using quick travel only later in the game. During the first phase of the campaign, it is better to personally travel through the available world, discovering new locations, obtaining experience for defeating enemies, participating in random events and looking for occasions to unlock side quests.

Important - When you use quick travel, the time of day might change (it depends on distance between locations). Of course, it is not the only way to speed up the flow of time, you can also use beds that you find (and which don't belong to other people). 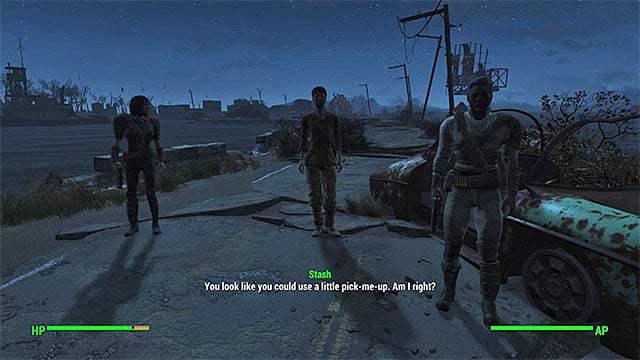 The random events mentioned previously that can occur while traveling through the game world can be of various type. Most of all, you can meet some friendly characters, like a merchant or a group of people whom you can help in some way. Random events can also be threatening to you. For example, you can encounter an elite enemy (for example, supermutant behemoth) or witness a battle of various bandit groups. In such situations you must decide on your own whether you want to participate in the event or get away from the dangerous area.