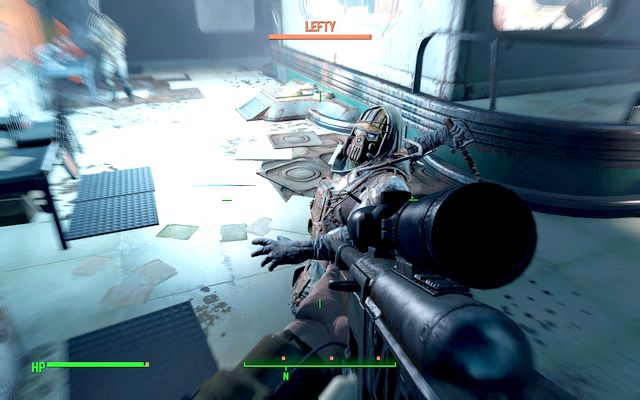 Using Jet allows you to notice every intention of enemy

During the battle you can open the equipment at any time you want. This will stop the time and allow you to select one of the boosters. They can be also assigned permanently to keys (favorites). In addition to regular healing (food, stimpacks), you can also use other boosters, like alcohol, Med-X, Rad-X, Jet or Psycho. Each of them offers additional bonus during battle. Various alcohols work in different ways, but usually they "switch" parameters of your character (usually they take away intelligence and add strength). Med-X and Psycho work similarly - the first one temporarily increases your defense while Psycho increases attack and defense. Jet is slowing the time for 10 seconds, allowing you to move slightly faster than your surroundings and to aim more precisely.

Consequences of using boosters and addictions 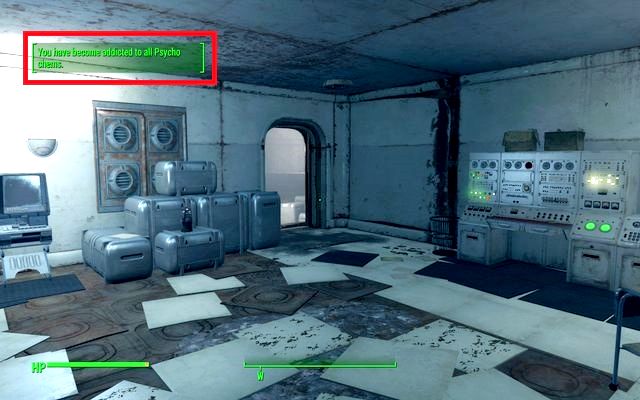 When you become addicted to a specific chemical, you will be noticed about it in the upper left corner of the screen

Using medicaments/drugs/alcohol frequently might cause an addiction. Each object has different chance to cause addiction, but the fact itself is completely random and can occur even after a single use. Items used frequently and very useful, like Rad-X, RadAway and Stimpacks, cannot cause addiction. 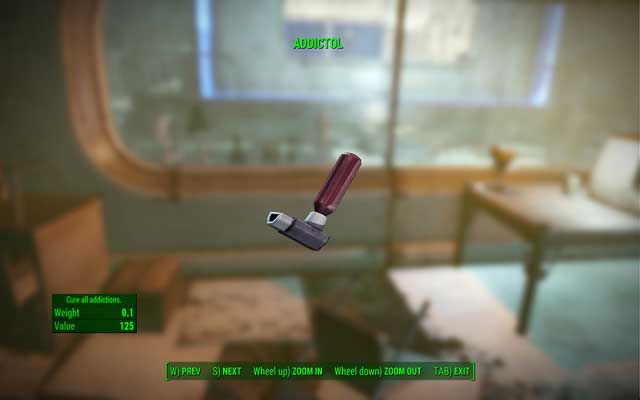 In order to get rid of the addiction, you must consult with a doctor who for about 90 bottlecaps will cure you of addiction. You can also use a specific called addictol which also immediately removes all addictions, but it is very expensive. Because of that, if you haven't found the item in the game world, it is better to meet with the doctor.

Each addiction has different effects and affection time. Usually it causes effects that are opposite to the benefits given by the potion. It lasts from dozen of minutes to even a week, so you shouldn't ignore it.