How to unlock: The quest unlocks automatically after completing the Dangerous Minds quest in the Memory Den location in Goodneighbor (M6,4).

Preparations for the journey to the Glowing Sea 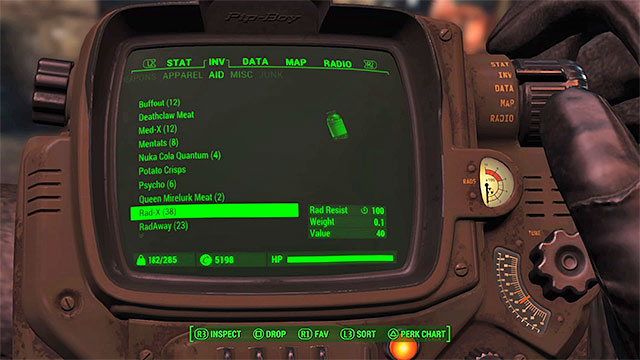 The Glowing Sea covers the whole southwestern part of the world map. This area has very high radiation level. It means that you must prepare well before beginning the mission of killing Virgil. You can deal with the radiation in three various ways. The simplest way is equipping large supplies of Rad-X and RadAway chemicals. Rad-X temporarily increases radiation resistance and RadAway allows you to get rid of the radiation you already received. These chemicals don't offer a stable, long-term protection, during the journey you would have to use large numbers of them and move in a straight line towards the target to maximally reduce the trip time. 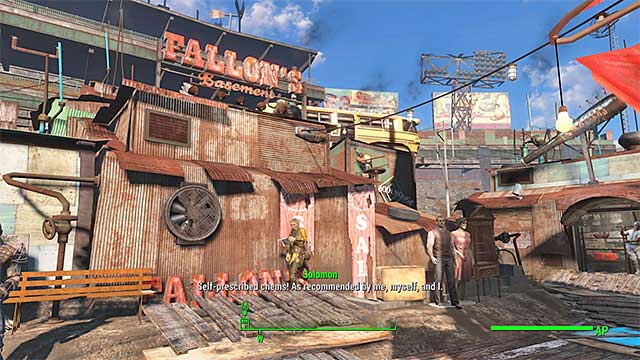 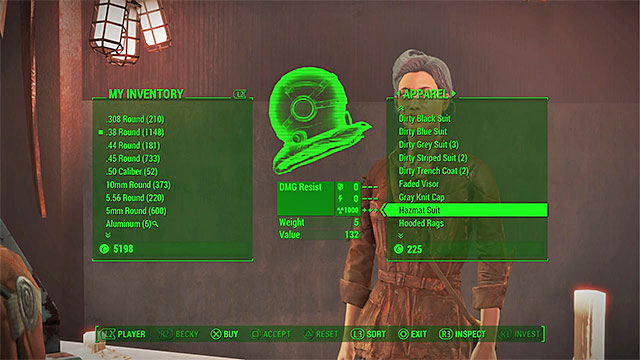 A second way to neutralize the radiation is obtaining the Hazmat Suit. This suit can be found in the game world (for example, in the Cambridge Polymer Labs location) or bought from some merchants. If you decide for the second option, the easiest way is to go to the Diamond City Market and visit the Fallon's Basement shop (screen 1). In the basement you can trade with Becky Fallon and she has, among other items, Hazmat suit in her offer (screen 2). Using the Hazmat Suit gives you one important disadvantage - it has no other protection values. It means that you can die easily if you are attacked by monsters or bandits. Due to that, you would have to move through the Glowing Sea slower and remain far from any potential threats. 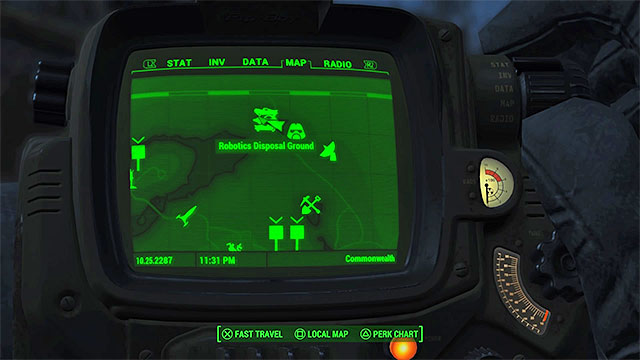 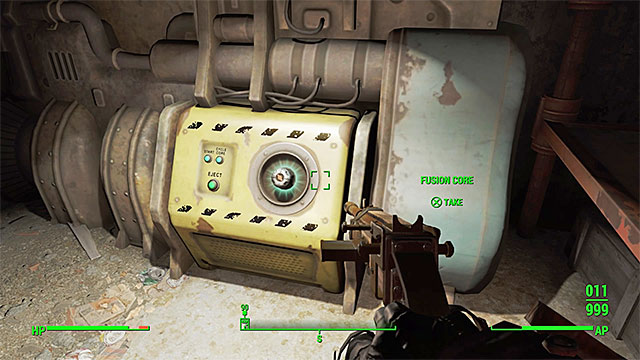 Third way is definitely the best - it's using the Power Suit. The suit doesn't give you 100% protection from the radiation, but the protection is sufficient to avoid having to regularly use RadAway. In difference to the Hazmat Suit, you don't have to worry about whether you will be helpless when attacked by monsters. In addition to that, the Power Suit increases the general defense level. If you still have the suit from the beginning of the game (the one from the first meeting with Minutemen), you can use it. Otherwise, obtain a new one in any way you want, for example by visiting the Robotics Disposal Ground location shown on the picture 1 (on the road south from the disposal ground there is a suit standing)

Important - To work, power suits require fusion cores which can be found in many larger locations of the game world (they are used as power sources). Try to have 3-4 spare cores with you before you start completing this quest.

Finding Virgil on the Glowing Sea 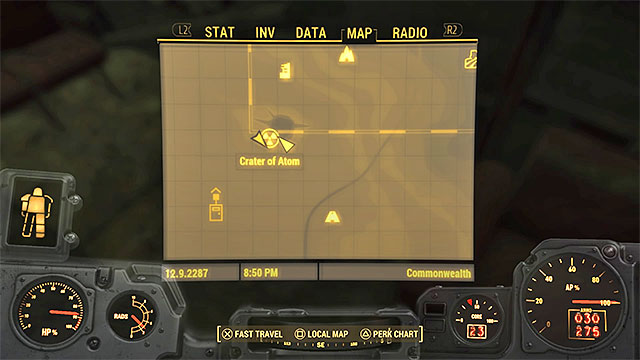 Select some already uncovered location that is closest to the Glowing Sea and start your journey towards the first marker. Watch out for yourself, as on the way there you can be attacked by overgrown bugs, radscorpions, ghouls or mole rats. As you will keep journeying, the location of the next markers will change and they will lead you to one of the most important locations in this part of the world map - the Crater of Atom. The place was marked on the picture above. 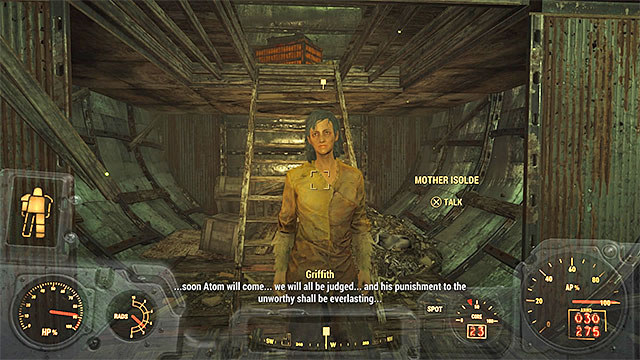 In the crater you can meet with Mother Isolde

In the crater you can find a group of people calling themselves the Childs of the Atom. Meeting with them is not mandatory, but you can decide to do it anyway. Find Mother Isolde at one of the western buildings and talk with her about Virgil's whereabouts. You will learn that he is living in a cave southwest from the crater.

Important - if you will be unfriendly towards Mother Isolde, you can start a battle with her and other Childs of the Atom. It doesn't make it impossible to reach Virgil. You can find him on your own or learn about his cave from a note found in the crater. 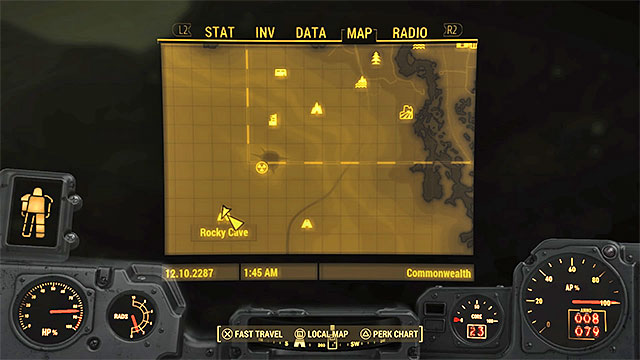 Go southwest from the crater, according to the guidelines. You must find the Rocky Cave marked on the picture above. Be cautious, as a single deathclaw can be found near the cave. You can defeat this monster (if you are using power suit and you have some good weapon like rocket launcher or plasma cannon) or sneak up next to him.

Start the conversation with Virgil after entering the cave. During the conversation you can use special dialogue options available for a character with high Charisma twice, but except for the experience you won't gain anything from doing that. Virgil will ask you to obtain a serum for him. He will tell you about a way to get into the Institute quarters. Another main quest, Hunter Hunted, will start.