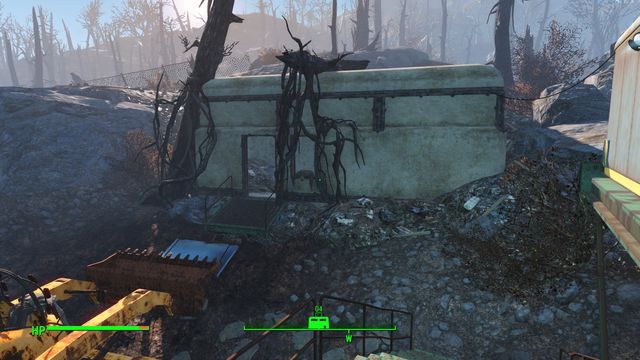 Boston Mayoral Shelter is located to the west from Fort Hagen. The only things on the surface are a small bunker and a gatehouse containing a terminal that opens the bunker door. 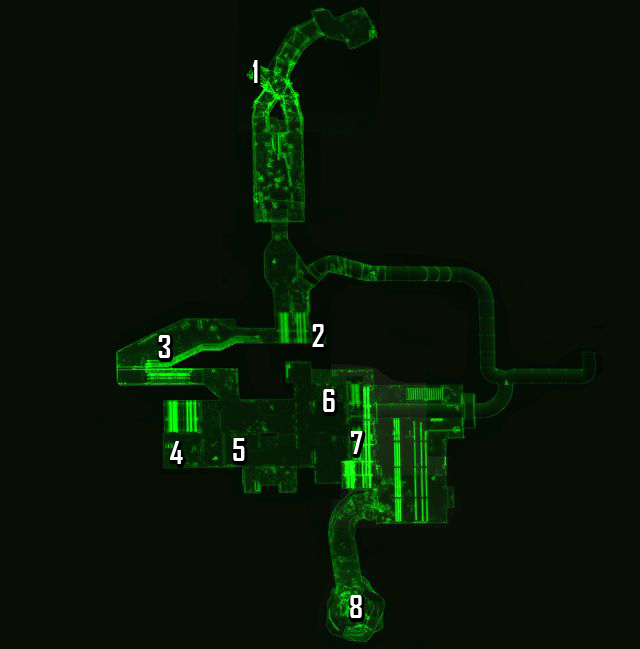 The bunker is quite large. You'll encounter several synth groups and a Deathclaw inside. Watch out because most synths activate when you're at the very bottom, so the way back is going to be much harder.

1. Stealth-Boy that makes you invisible for some time.

2. An elevator going down. 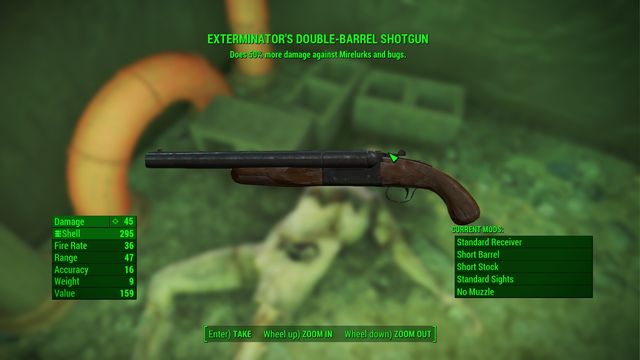 3. Several synths including a legendary one. He'll drop a really good double-barrel shotgun. The room also contains a cage that can be opened with an Expert terminal. There are some medicine, ammo and a shotgun.

4. The suitcase holds a safe key [5]. A Novice crate with explosives is right next to it. 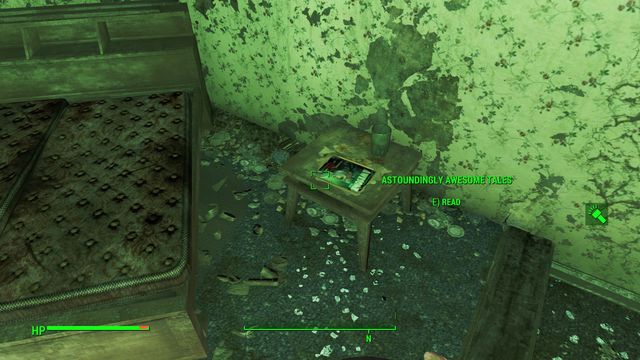 5. You'll find a safe that can be opened with the previously found key [4]. There is some medicine and a Stealth-Boy inside. An Astoundingly Awesome Tales magazine that makes you regenerate 1 HP per minute.

Right after you exit, you'll find a door with an Advanced lock. Inside you'll see some medicine.

6. The room contains a Master terminal that opens the door nearby. You'll find some medicine and ammo.

7. There's a fusion core inside and a mini nuke on the shelf.

8. You'll get attacked by a Deathclaw at the end of the tunnel. Be careful and don't approach it if you don't feel strong enough. You might find an ammo crate and a "Fat Man" - a mini nuke launcher.