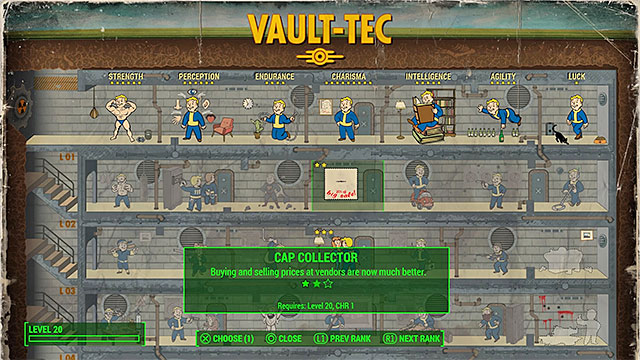 You should take interest in the Cap Collector perk

Bottlecaps are the official currency in Fallout 4 game. Similarly to most other RPGs, you will always have not enough of them. It's especially troublesome during the initial phase of the game, when you can't afford even medium quality weapon and ammunition for your weapons. On this page you will find many hints on how to earn money legally, without using any exploits which sooner or later will be removed with patches.