The table below shows all magazines that you can find in the ninth sector of the world map, in the southern territories of Boston. More detailed information about specific secrets can be found further in the chapter. 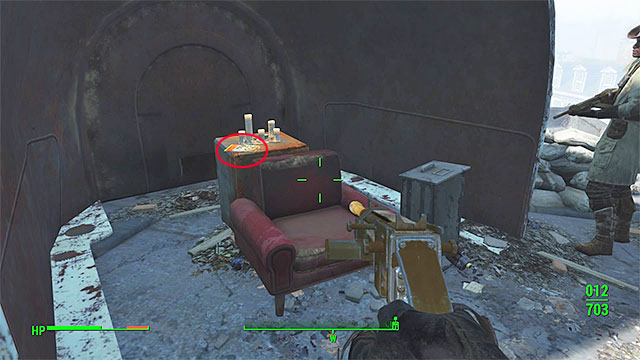 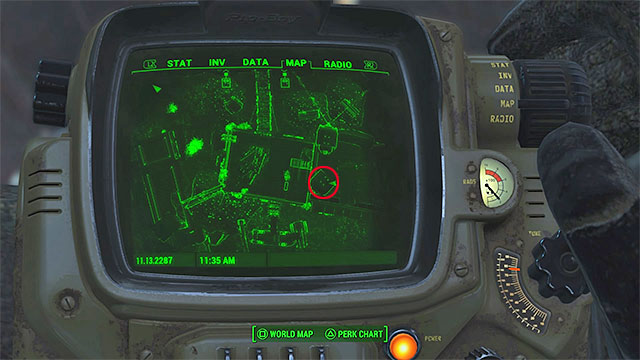 Once you reach the place, start attacking the raiders. Watch out for elite enemies and guard dogs accompanying them. Keep going up until you reach the roofs connected by small bridges. You must get to the highest roof where Scutter, the leader of the bandits, has his quarters. Once you get rid of Scutter, examine his base. The comic is hidden behind the red chair in the place shown on the pictures above. 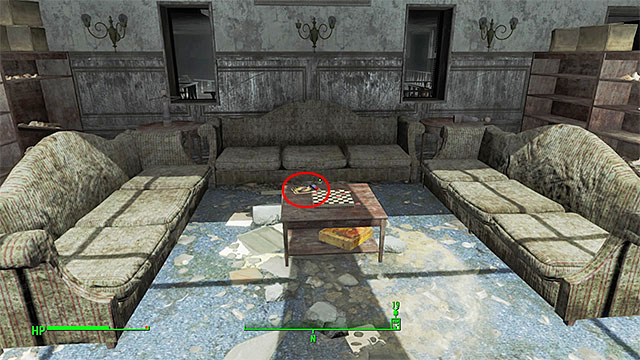 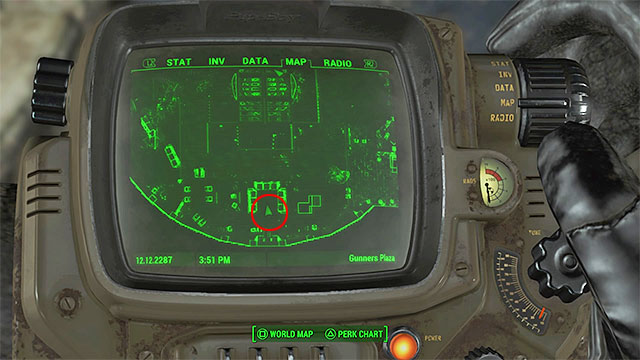 The secret is inside the building occupied by members of Gunners. After entering the building you must eliminate the enemies and get to higher floors. Your destination is the southern room on the highest floor. The magazine is lying on the table shown on the picture above. It is surrounded by three coaches. 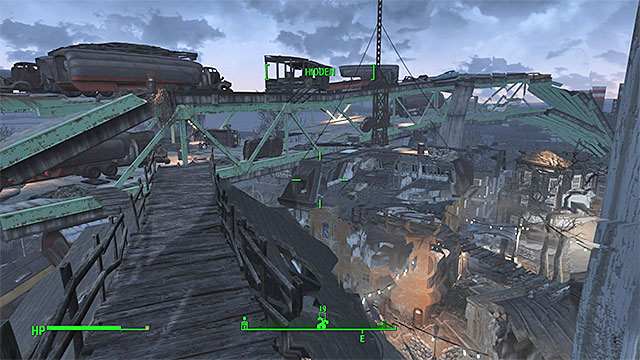 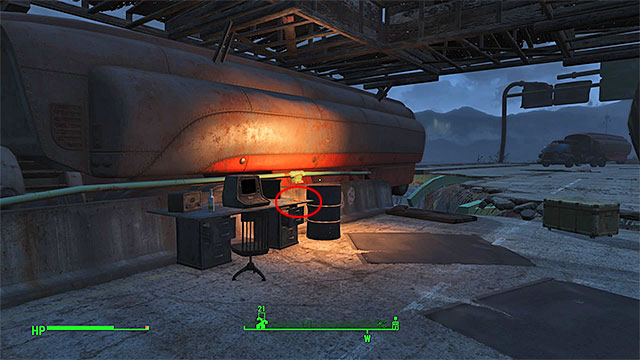 You must get to the bypass high above the ground. It can be done most easily by reaching the roof of one of the nearby buildings (for example, the church) and then using a wooden platform (example platform can be seen on picture 1). Be ready to get rid of more than a dozen of high level bandits and defense turrets on your way. You must reach the highest level of the bypass. The magazine is on the desk neighboring with the tank shown on picture 2. 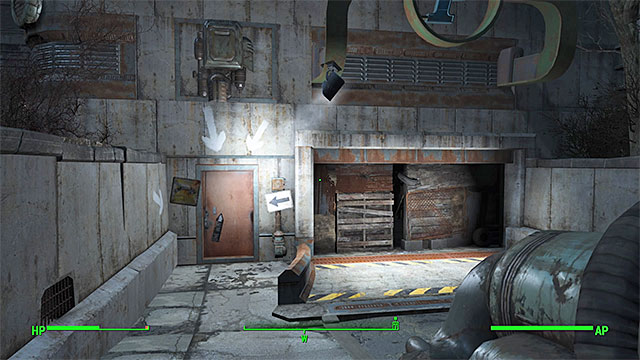 Take interest in the multi-floor parking which is neighboring with the department store and nearby hospital. All upper entrances to the parking are barricaded. Only the lower entrance, shown on the picture, is available. 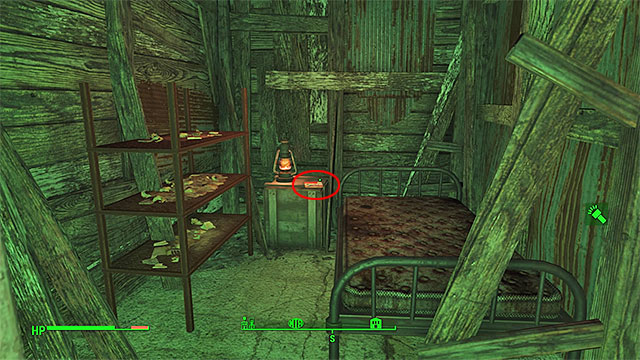 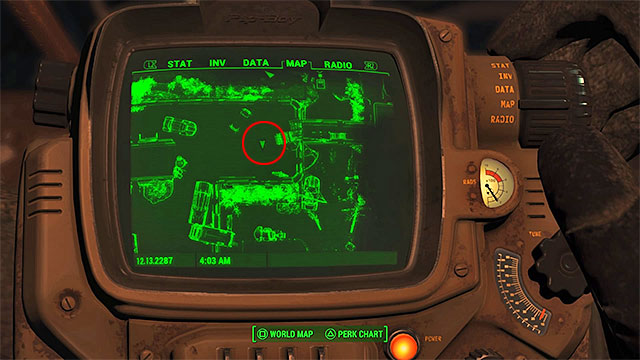 Once you enter the parking, start getting through to its upper floors (follow the arrows). Watch out for ghouls (including elite, glowing type), radroaches and traps. On one of the higher floors you will find the room with a bed shown on the pictures. On the left from the bed there is a chest. You will find the magazine inside it. 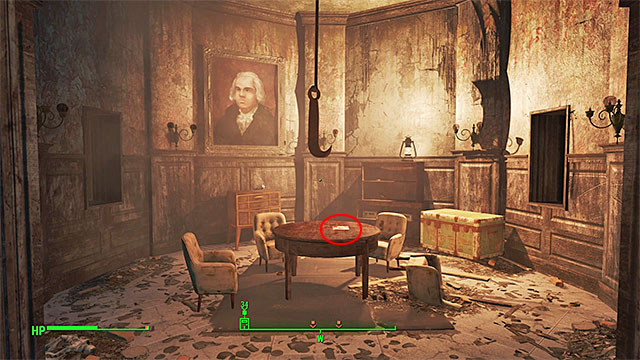 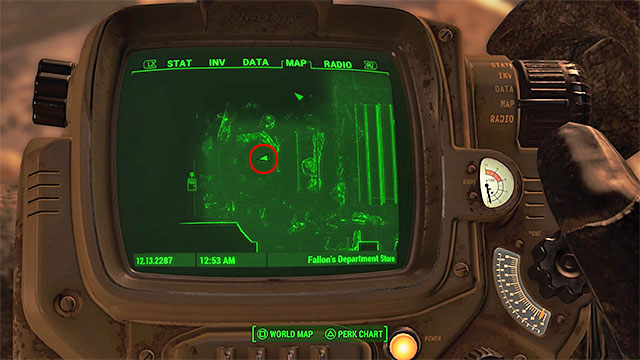 You must reach the highest floor of the department store which is occupied by supermutants. Explore the western part of that floor (it is near the entrance to the roof of the store). There you will find a room with round table in its central part. The room is shown on the pictures above. The magazine is lying on that table. 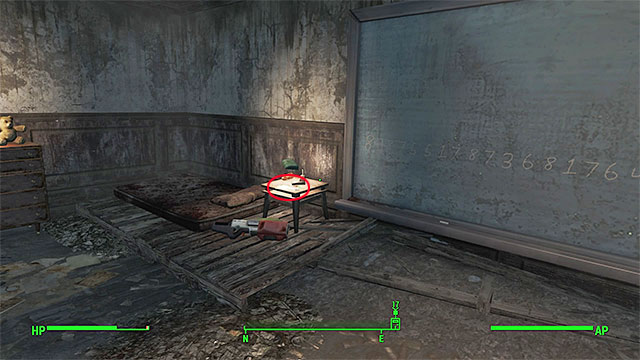 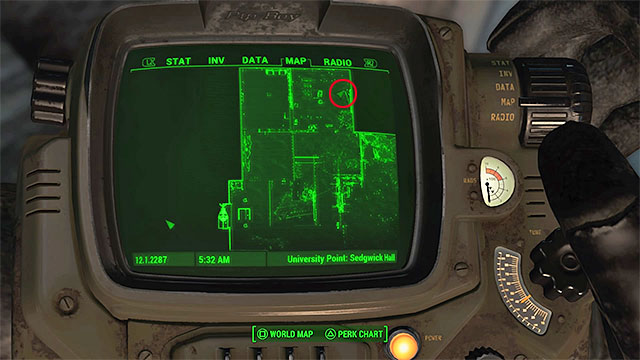 When you reach this location, head for the largest building of Sedgwick Hall located in its eastern part. Explore its northern side - the secret is on a table shown above, by a large blackboard. 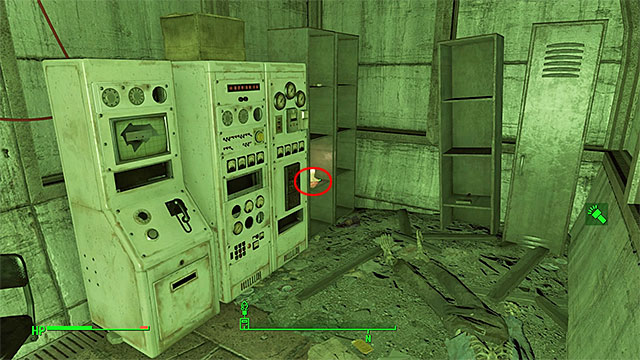 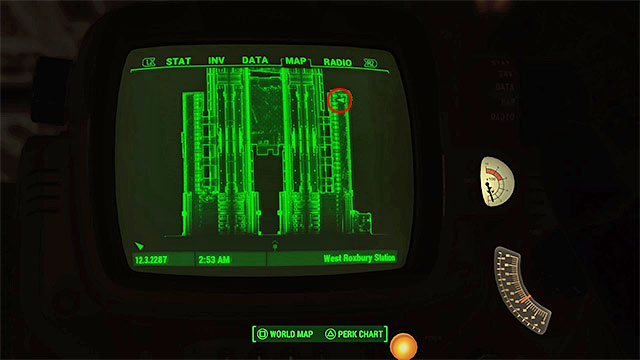 tale the door into the metro station. You need to cross successive cars and press the nearby red buttons to move the cars (to the left or to the right) and open the way for yourself (the first button that you need to press is in the central station). Thanks to this, you will get to a small room in the Eastern part o this location. The warehouse has been shown in the above screenshots - it is on the shelf next to the big computers. 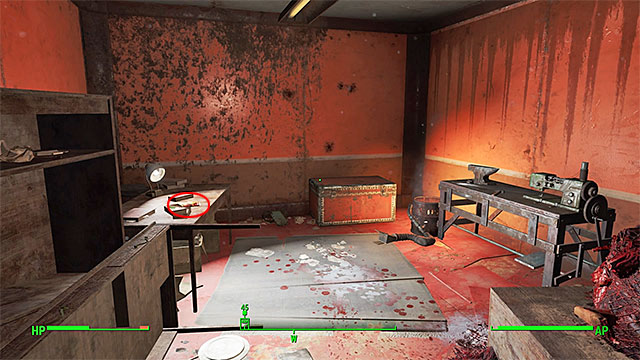 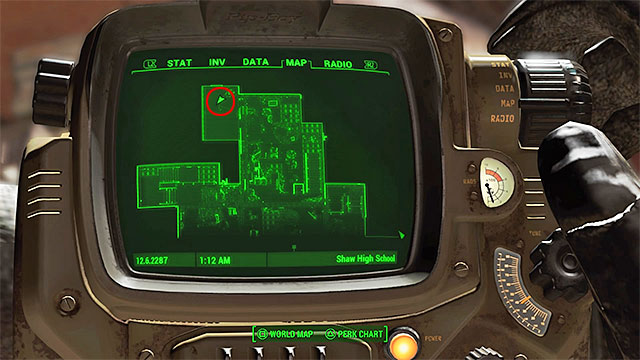 Enter the high school building that is being occupied by super mutants. You need to make it into the Northern part of the building and lockpick an easy lock to the library. This collectible is in the library, in the spot shown in the above screenshots. It is a big table next to the red box and the workbench. 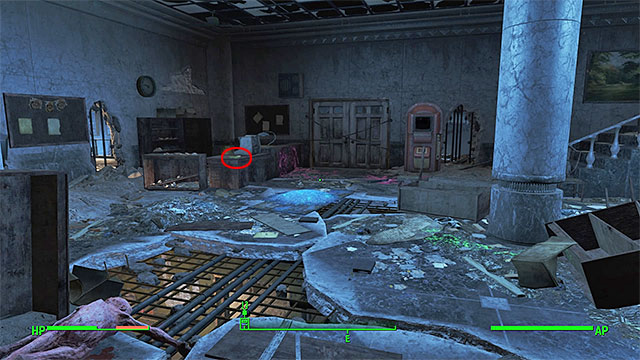 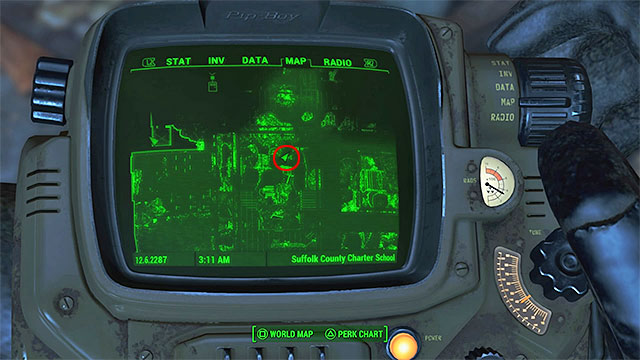 After you enter the school building, eliminate the ghouls in there. You need to make it over to the first floor and approach the central room. Next to the door to the room, there is a floor element missing, so you need to position your character in an appropriate way. Apart from that, you will have to deal with Putrid Glowing One. After the fight, explore the room. The magazine is in the location shown in the above screenshots, i.e. on one of the desks.