How to unlock: You must complete few quests for Minutemen and meet with Preston Garvey (M7,1). 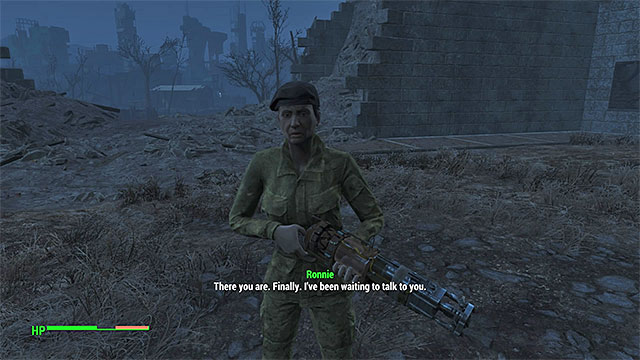 You will find Ronnie on the castle yard

In order to be able to play this quest, first you must complete the Taking Independence main quest described on the previous page. Then you must start completing new side quests for Minutemen until Preston Garvey will inform you that Ronnie Shaw wants to meet with you in the Castle. Go back to that location if you're not there right now. Find Ronnie Shaw and talk to her. The woman will need help in finding the castle armory.

Important - Don't start this quest until you developed your character enough. You should also take your best weapons for this mission, especially the tools that are effective in destroying enemy machines (you will face, among other opponents, a very strong robot).

Getting to castle armory 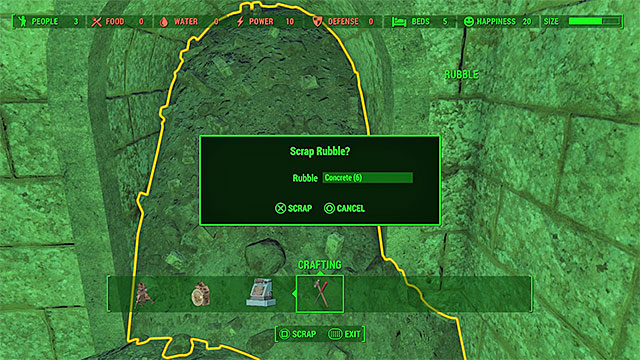 You can easily unlock the collapsed passage

Start walking with Ronnie. You will listen to a short conversation with her. After a while you will reach a collapsed passage. Walk towards the rubble, interact with it and confirm wanting to transform it into scrap (you will gain few pieces of concrete). Now you can walk forward and open the door leading to the tunnels under the Castle. When traveling through the underground tunnels, watch out for the automatic turrets placed nearby and for mines hidden in the ground. The mines will explode when you get close to them, you should avoid them or sneak up to them and disarm them. 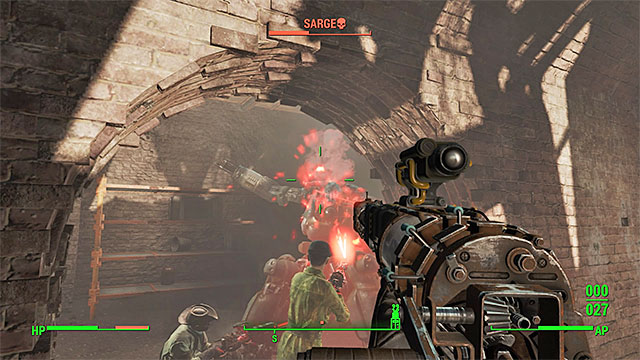 Use your best weapons to defeat Sarge

In one of the next chambers there's a very strong robot - Sarge. Start the duel with this mechanic boss, use the narrow corridors during the battle to jump to the sides whenever the robot is preparing his attacks (the robot has trouble with moving through these corridors as well - he can stop or even block himself and become an easy target). Use the best weapons you have and explosives to weaken your enemy. Avoid hurting your allies, they can greatly help you while they are on their full strengths. Don't stand too close to Sarge when he is destroyed because the robot will explode and you can easily die or receive serious damage. Resume the walk, in one of the further rooms you will find the body of general McGann (he has some valuable items). Open the door leading to the western part of the stronghold. 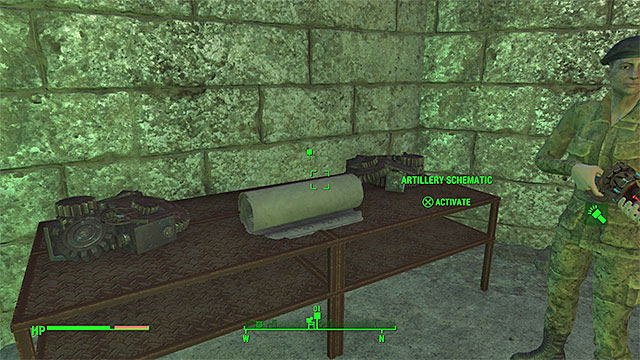 Find the artillery schematic in the armory

After a while you will reach the other side of the previously examined gate (you can pick it up now). The armory is next by and you should plunder it. You will find, among other items, an upgrade to the laser musket and a very valuable item - the Fat Man (it shoots small nuclear bombs). Your main objective is to take the artillery schematic lying on one of the tables.

Building the artillery and preparing it to work 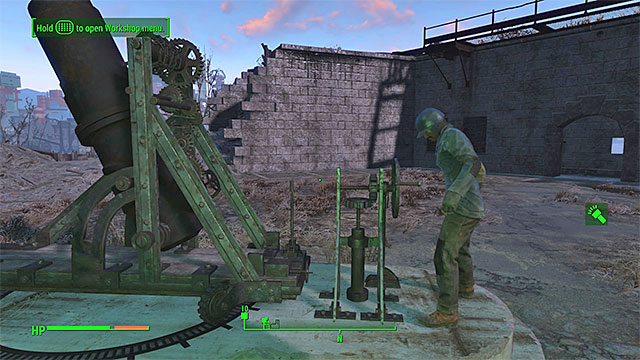 Assign the private minuteman to operate the artillery

Go back to the main court and open the workshop window after listening to the conversation with Ronnie. Open the Special projects tab and select the Artillery Piece. Put it in any place on the courtyard you want. The object requires someone to operate it. It cannot be Preston, Ronnie or the minuteman working at the radio transmitter. At least one more person should be residing in the castle, you must order it to operate the artillery. 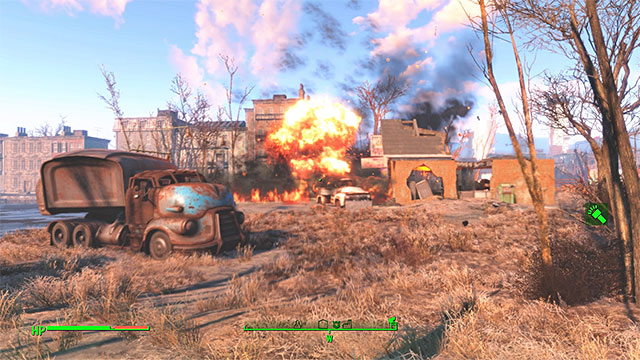 Location which should be shot with the artillery

Get with Ronnie Shaw slightly away from the castle and, after listening to the conversation with her, go to the place where the artillery test will be conducted. Activate Pip-Boy and activate Radio Freedom related to quest's side objective. Now, select Artillery Smoke Grenades which you received recently. Get close to the attack target, throw the grenade in its direction and retreat to a safe distance. Wait for the place to be bombed. From now on, you can use the artillery backup (while you're in its range) to eliminate groups of strong enemies.

Meet with Preston Garvey at the end of the quest. He will give you a new, random quest.