The table below shows all magazines that you can find in the sixth sector of the world map, in the central part of Boston. More detailed information about specific secrets can be found further in the chapter. 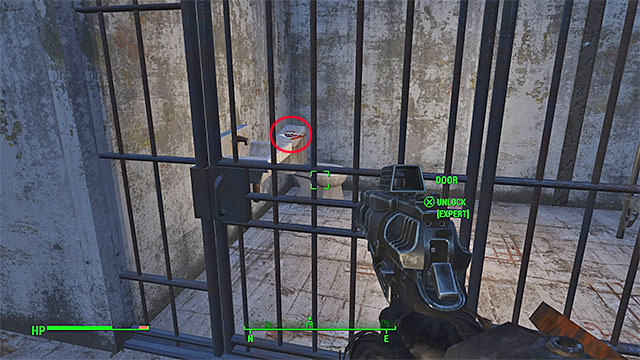 Start with securing the location by eliminating all nearby supermutants. Then, go to the bottom level of the coast guard building, the one with cells. Secret is lying on the toilet in the cell shown on the picture above. In order to get inside, you must unlock the lock (expert level). 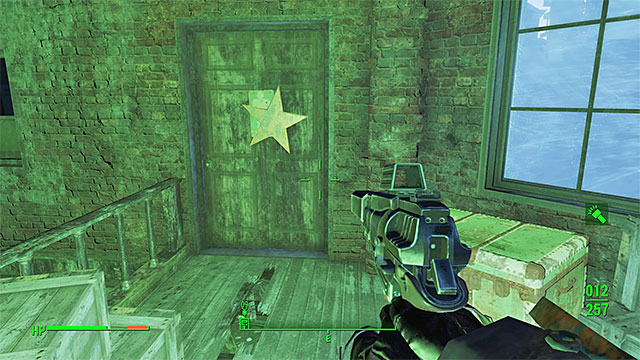 Eliminate all ghouls on your way and get to the top floor of the comic shop. Once you reach the upper floor, find the door with a star shown on the picture above. Open it and walk into the small room. The secret is lying on the small table on the left side. 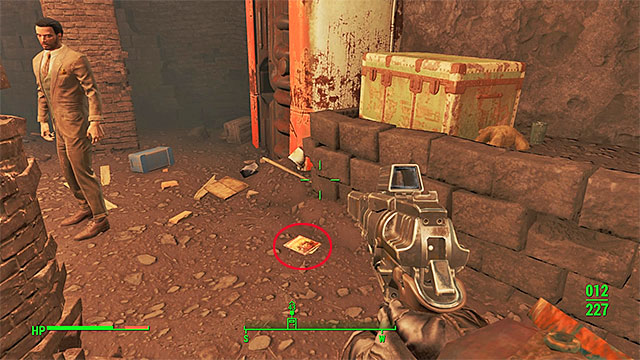 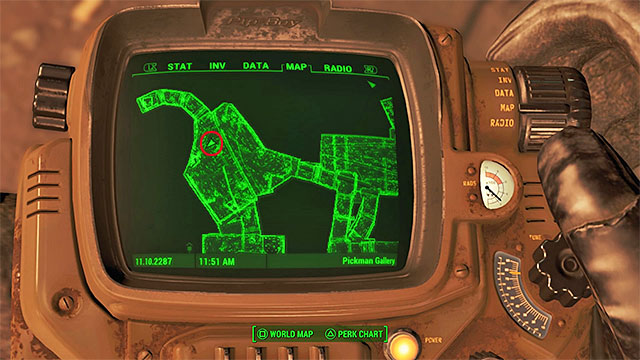 After entering Pickman Gallery, successively get through the rooms and underground tunnels, eliminating all the enemies on your way. You must reach the room where you will meet Pickman and the last group of thugs. After eliminating the opponents and talking to Pickman, find the secret shown on the pictures above. It is lying on the ground. 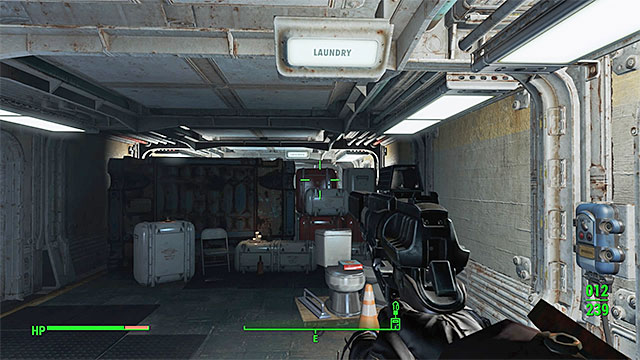 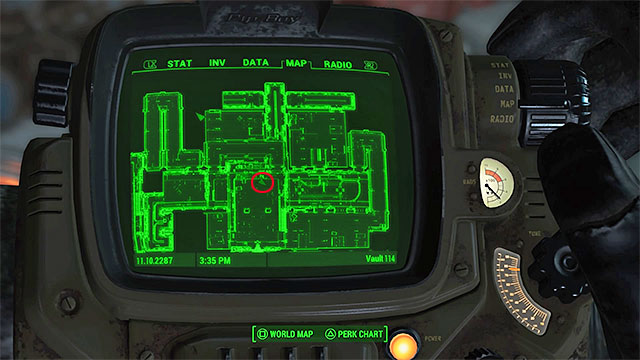 In order to gain access to Vault 114, you must walk through the Park Street Station during the Unlikely Valentine main quest. During that quest, you will be trying to find detective Valentine. The secret can be obtained either during the first visit in the vault or later. It is hidden in one of the barricaded corridors in the living rooms of the vault, near the laundry. Precise location of the item is shown on the pictures above. 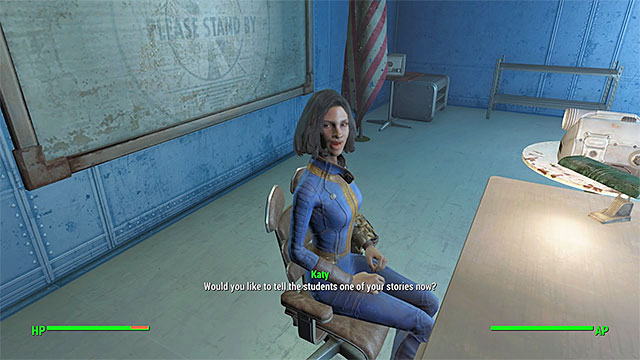 While exploring Vault 81, you must visit its residential area, more specifically the classroom with kids. Talk to Katy the teacher and agree to tell a story about you. It is a part of a very simple side quest called Short stories. You will receive the comic once the quest ends. 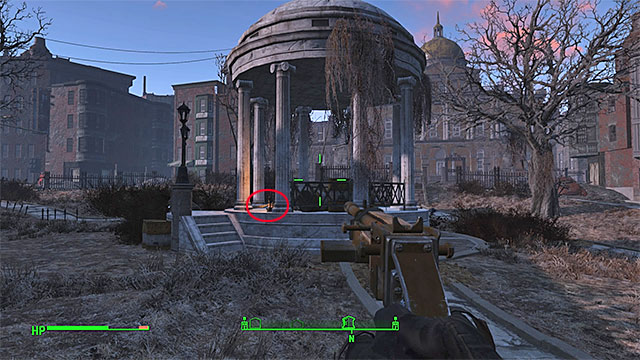 There are few gazebos at the location. Take interest in the one shown on the picture above. A very high radiation is in the target zone, so prepare yourself adequately. Quickly find the comic lying on the ground - it is near the skeleton. Important - an elite monster can appear on the plaza. You don't need to fight it, instead you can quickly take the secret and escape. 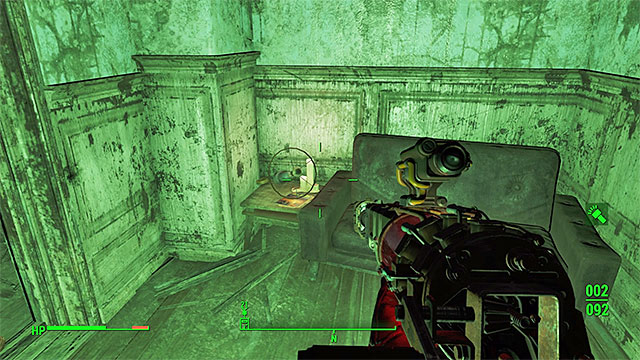 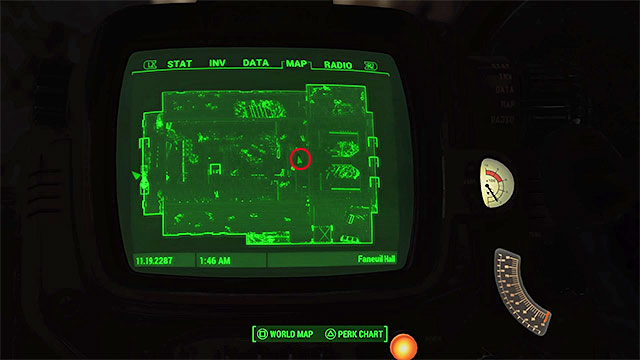 After walking into the building, you must eliminate the supermutants on your way. Keep using stairs to get higher and higher. The secret you seek is on the narrow attic. It is lying on a table near a small couch. The place has been shown on the pictures above. 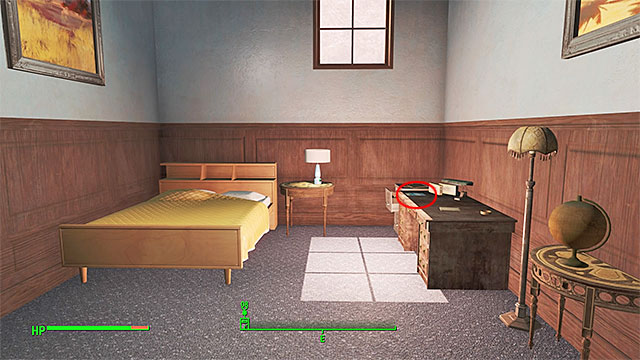 The secret is on the first floor in Cabot House. This part of the location is unavailable at first. In order to gain full access to Cabot house, first you must complete two quests related to this location. Those are side quests Special Delivery and Emogene Takes a Lover. The access will be granted when you start the third quest - The Secret of Cabot House. Then you can get to the top floor. The magazine can be found on the desk in the bedroom shown on the picture above. 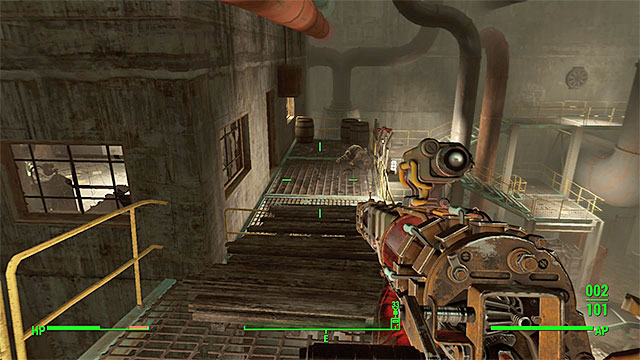 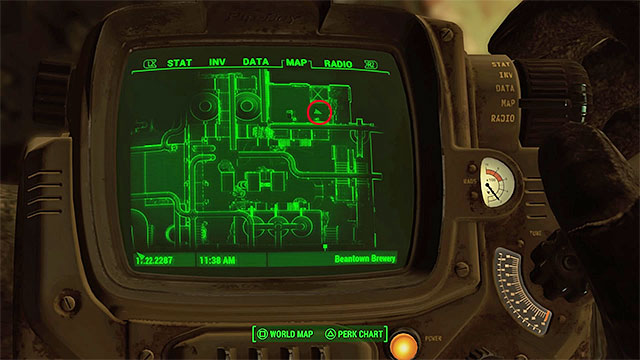 Many thugs can be found in the brewery. You must mostly eliminate the enemies in the main room of the building. They are led by Tower Tom. Once the battles end, remain on the metal balconies and use them to get to the upper room shown on the picture number 1. Thoroughly explore the room. The secret can be found on the ground, near the mattress. The precise location of the item has been marked on the picture number 2. 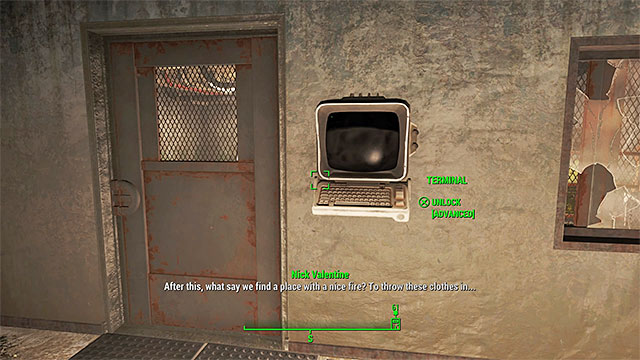 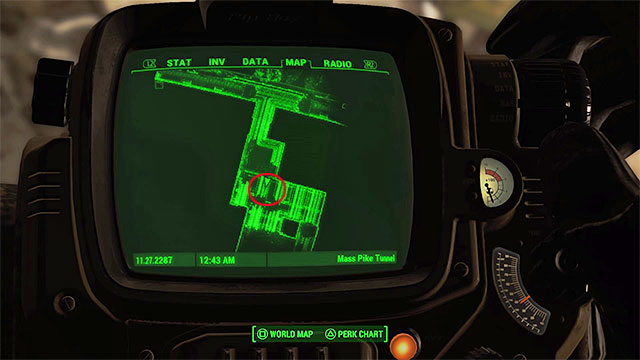 You need to reach the central part of the Mass Pike Tunnel. The best place to start is the western entrance. Take care of the Ghouls and find the door leading to this location. While exploring the main tunnel, eliminate the Ghouls. You need to find a closed room shown in picture 1 in the southern part of this location. Hack the terminal (Advanced) to open the door and find the magazine on the ground, next to the medicine crate. The exact location is marked in picture 2. 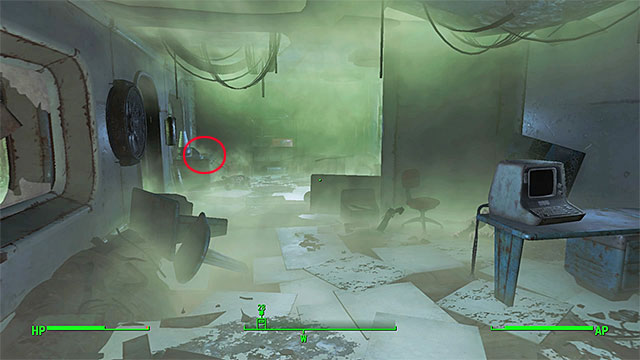 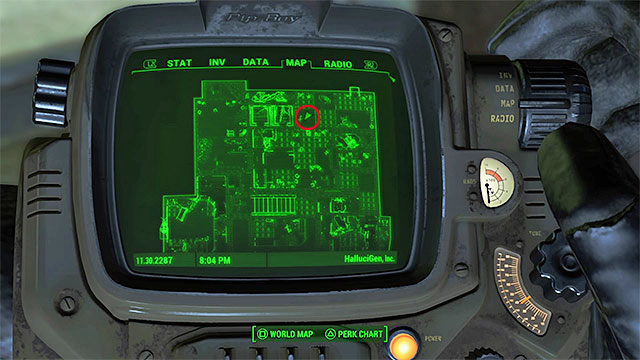 After entering the building, start a rather linear walk through corridors and rooms, eliminating enemies on your way. Stop when you reach a larger laboratory shown in the picture 1. The secret is on the table, in the corner of the room. Its location is shown in picture 2. 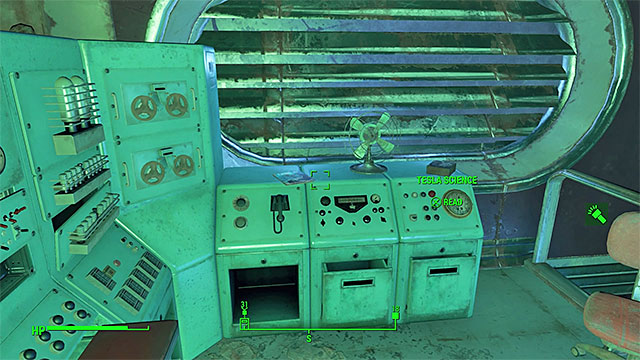 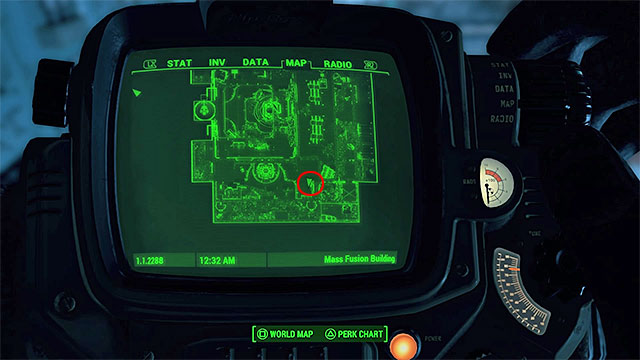 The secret is in the first part of the Mass Fusion building, on one of the upper floors. Before you can go get it you must first begin working for the Institute. Continue doing quests for this fraction until you unlock a mission entitled Mass Fusion. Once you're doing this quest you will access the Mass Fusion building from the roof and this is the perfect moment to collect the magazine. You will have to deal with Brotherhood of Steel soldiers while exploring the top floors of the building (above the level with the glass floor), but you should also be on a look out for the room shown on the screens above. The magazine is on a computer next to a fan. 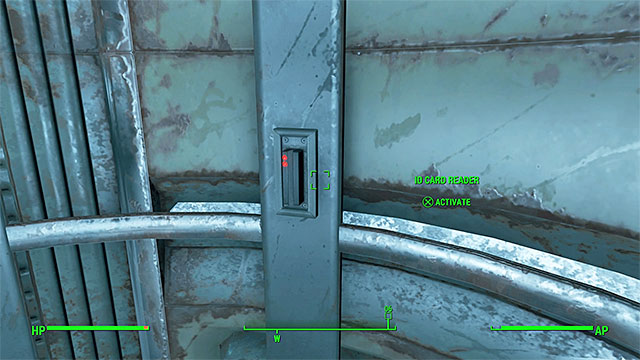 If you have missed the moment at which you are supposed to obtain the collectible, during Mass Fusion, you can return to the skyscraper later into the game. After you get to the lobby, take interest in the elevator shown in the above screenshot. You can use the ID that you have obtained earlier, thanks to which you set the elevator into motion and reach the upper floors. 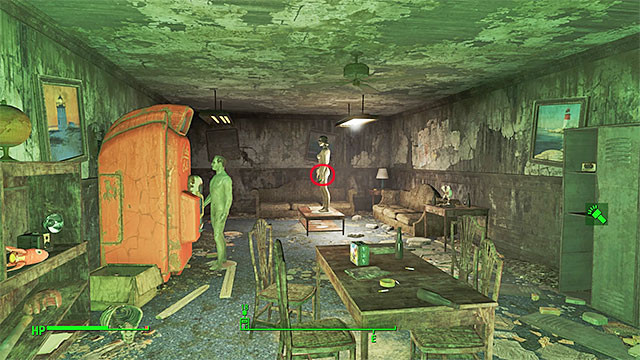 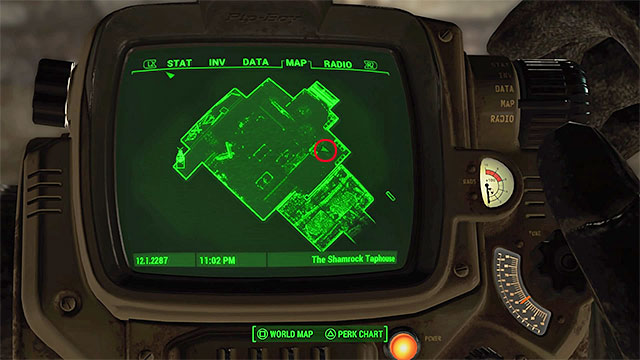 After you enter the dives, start eliminating the raiders there. They are commanded by Gaff. You first need to go to the first floor and reach the stairs back to the ground floor. Thanks to this, you will get to the room shown in screenshot 1, where there are several mannequins. Take interest in the one of a woman, because in the hand of the mannequin, there is the magazine. The exact location of this collectible has been shown in screenshot 2. 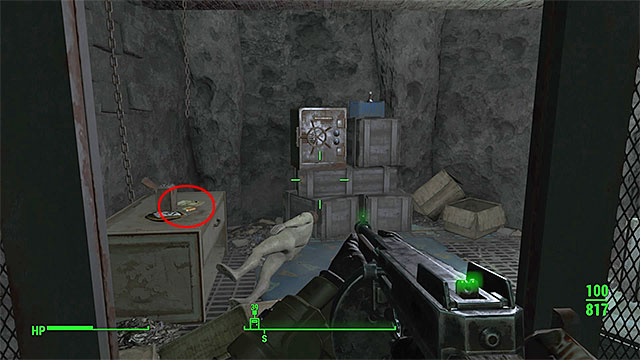 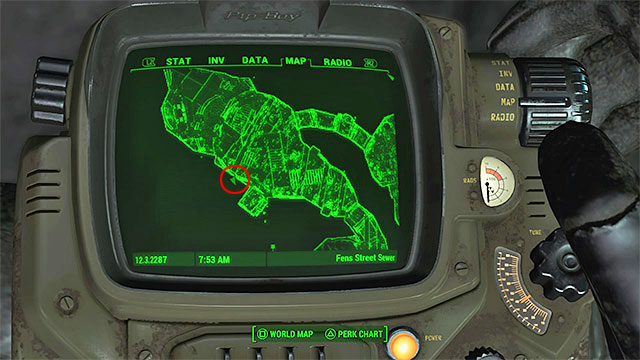 You can get to the sewers through a small manhole close to Diamond City. The path across the sewers is linear - it requires you to eliminate successive ghouls and avoid spots with excessive radiation. You need to get to the North-Western part of the sewers, where there is the elite Glowing One. After you kill him, find the room shown in the above screenshots. The magazine is on the tale to the left, close to the safe. 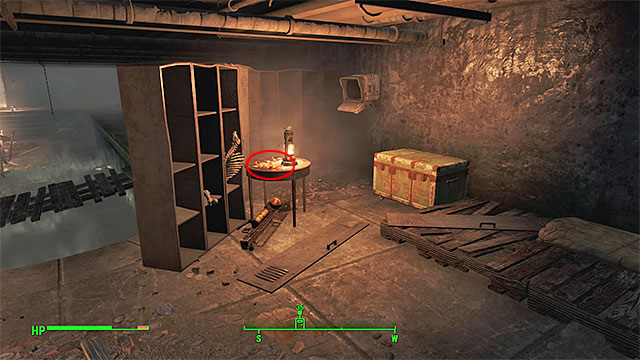 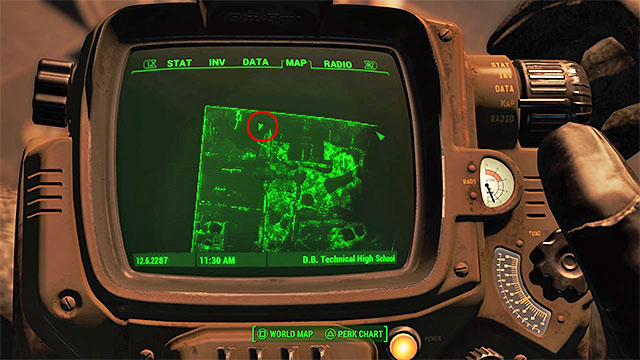 After you enter the building, start eliminating raiders and locate stairs down to the basement. It is here that you find the raider leader - Bosco. Eliminate him and walk over to the opposite end of the big room, where there is the pool partially filled with water. The collectible is on the small round table behind the big bookshelf and it has been shown in the above screenshots.