The table below shows all magazines that you can find in the fifth sector of the world map, near the city of Cambridge. More detailed information about specific secrets can be found further in the chapter. 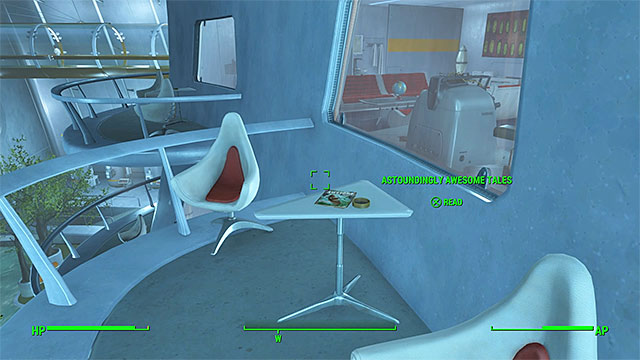 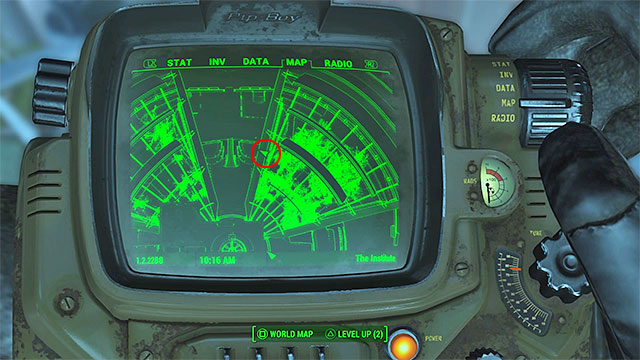 You can start searching for this collectible only after you have found the Institute HQ and you have been allowed to explore it freely. For this, in the main quest - Institutionalized, you need to agree to Father's offer that you work for them. The issue is on the triangular table of the balcony, in one of the rooms of the Institute's workers. The exact location of this item has been shown in the above screenshots. 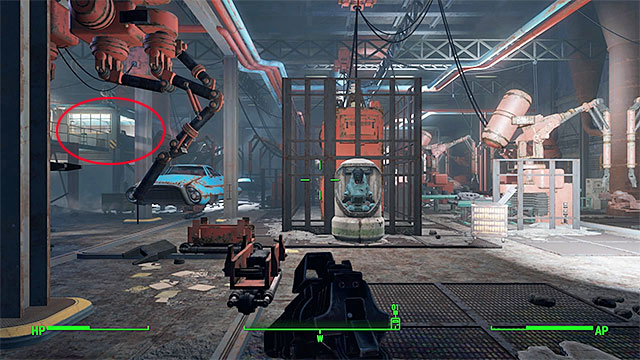 It is one of the best hidden secrets. You can easily get lost when exploring the factory. First you should try to secure the territory by getting rid of all enemies and defense turrets. Start in the main lower entrance to the factory. Don't use it, instead go left and select the small ramp leading up. Turn right there and go to the door leading to the upper part of the factory.

After using the door, you should see a large room where the cars are dismantled. Eliminate another group of opponents that can be found there. The comic you seek can be found in the upper left control room. The place has been marked on the picture above. 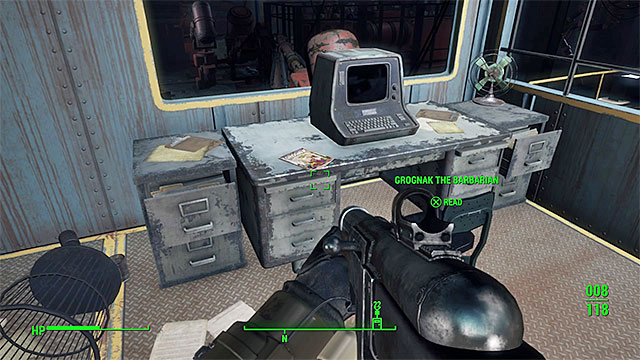 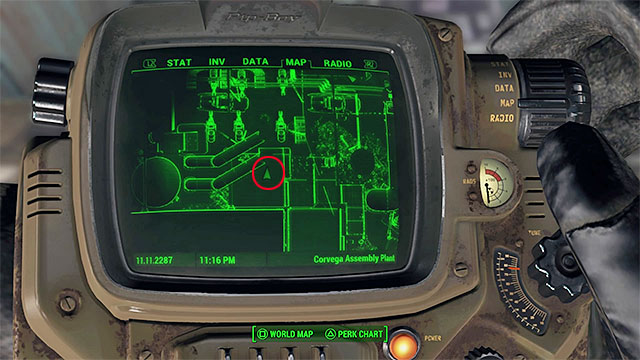 Turn left and reach the metal balcony. Go upstairs and press the button in order to extend the balcony leading to the room with the secret. Now you can go there and pick the secret (its location is shown on the pictures above). 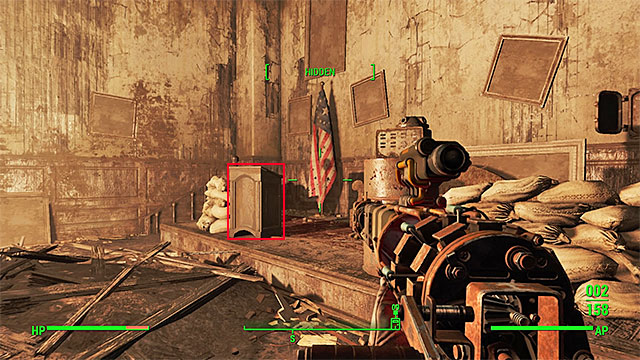 After entering the post territory, you must get to the main room on the ground floor of the building. Dead Eye, an elite supermutant, can be found there. Try to kill him before he activates the alarm, otherwise new supermutants will appear in the building. Additionally, you must watch out for mine traps. The magazine is lying on the rostrum marked on the picture above. 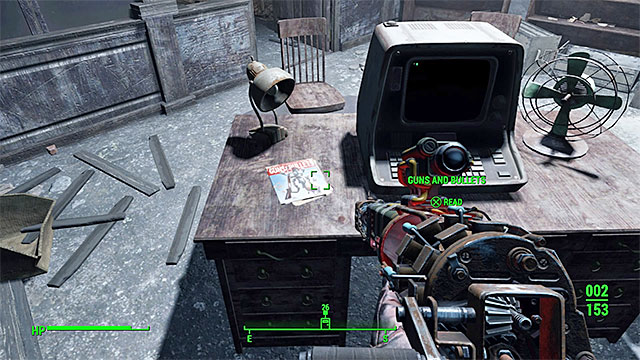 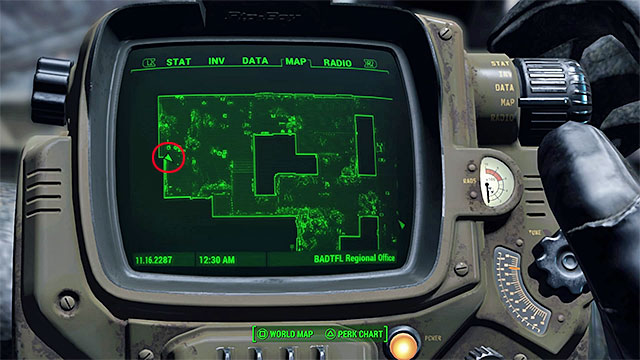 You must get to the western part of the building occupied by bandits. There is a small office there, access to it is guarded by the door with an easy-to-open lock. Once you take care of the closed door, walk towards the desk. The location of the secret has been shown on the pictures above. 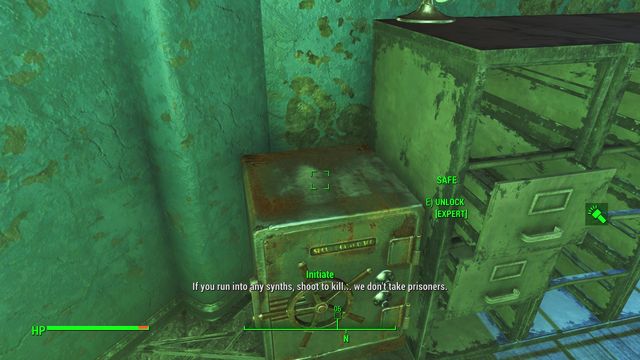 The secret can be found on the police station territory. You can gain access to it later in the game, once you start cooperating with the Brotherhood of Steel. Later in the game, after the ship of the Brotherhood arrives, the station will become the quarter of more than a dozen of soldiers of this faction. Explore the station again, more specifically the leader's office. In this office you will find a closed safe with the lock on expert level - it is shown on the picture above. The magazine is hidden in this safe. 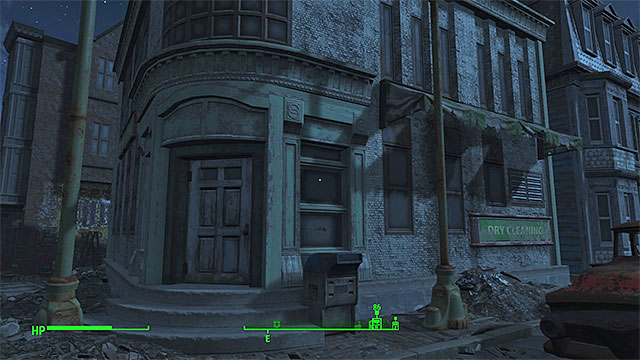 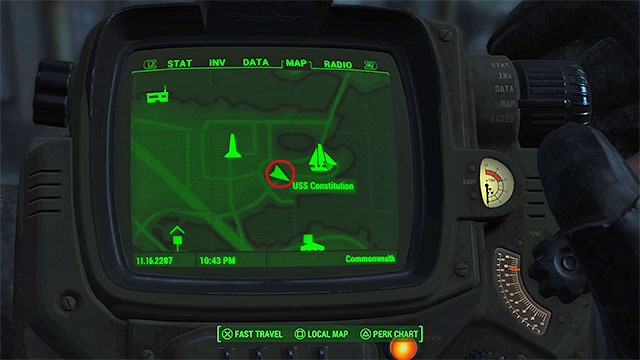 You must go west from USS Constitution ship and find the Charlestown Laundry shown on the pictures above. It is near the crossroad. The magazine is lying on the machines inside the building. 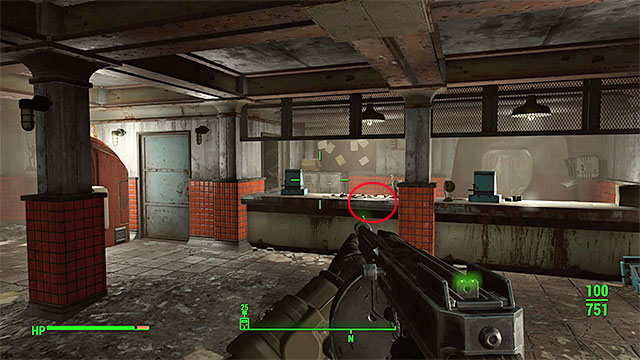 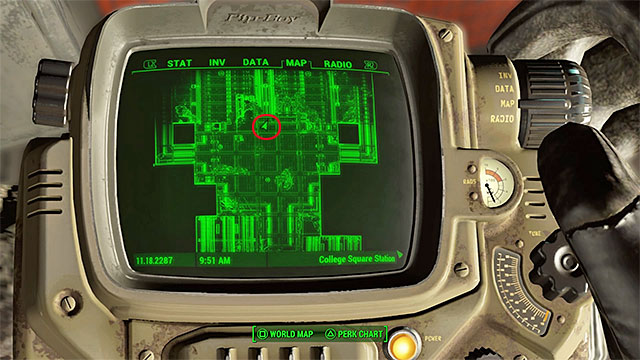 Once you get to the College Square location, you must use the door leading underground. Walk down to one of the lower levels. Before you reach the station itself, you should bypass a room with cash registers shown on the picture 1 - that's where the secret is hidden. Before you enter the room, you must open the closed door. This will require expert skills from you. Pick the lock and walk towards the secret. Precise location of the secret has been marked on the picture 2. 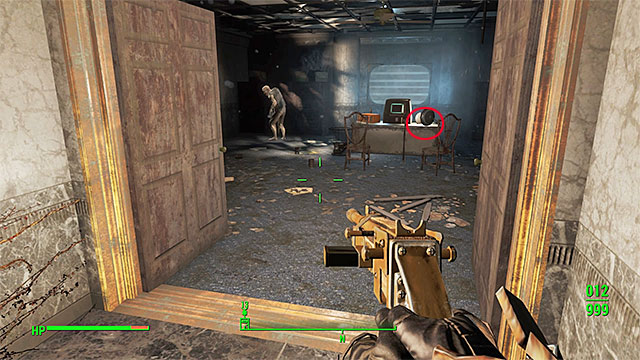 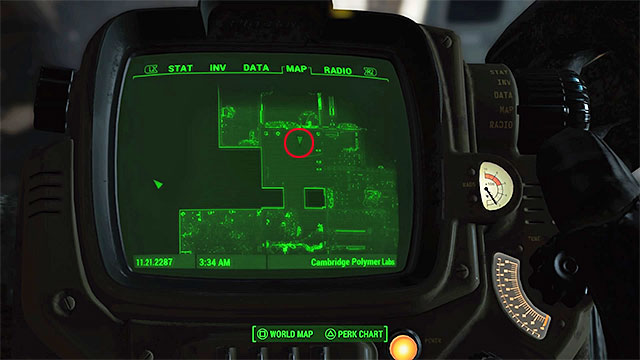 After walking into the building, you can ignore the robot in the reception and go straight to the first floor. Find the door locked with a master lock. Open it. Inside you will find the director's office shown on the picture 1. You must kill the director (he transformed into a ghoul). Once the battle is over, check the large desk. The secret can be found in the place shown on the picture number 2. 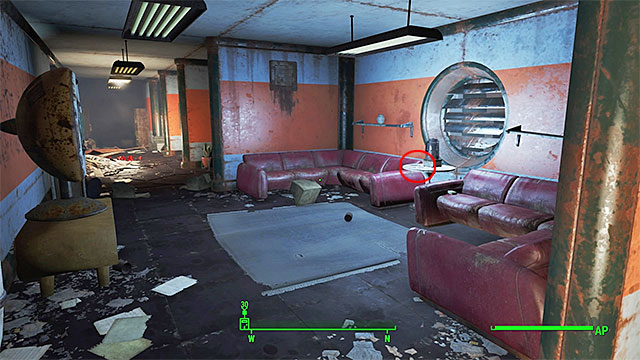 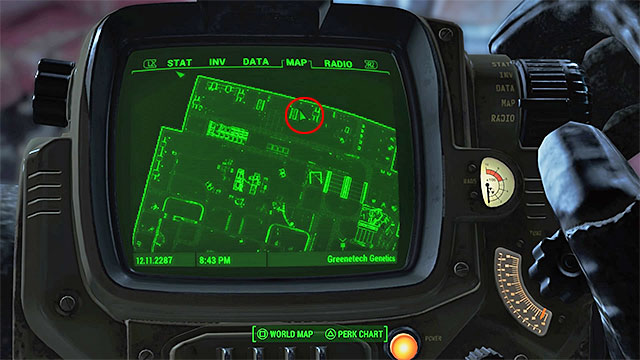 You can start searching for the ship after starting the Hunter Hunted quest - that is when the access to it will be unlocked. Start exploring lower floors of the skyscraper. Take interest in the northern room shown on the pictures above. It's the room through which you walk on the way to the top floor. The magazine is lying on a round table between two red coaches. 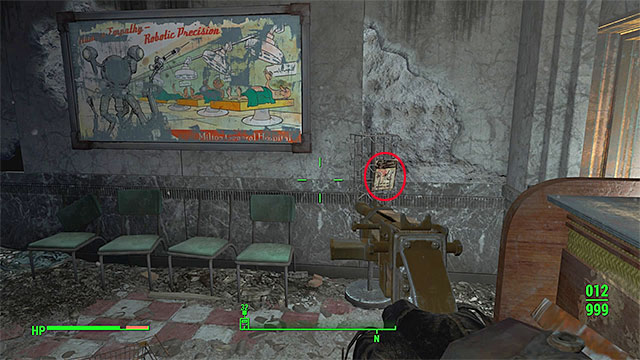 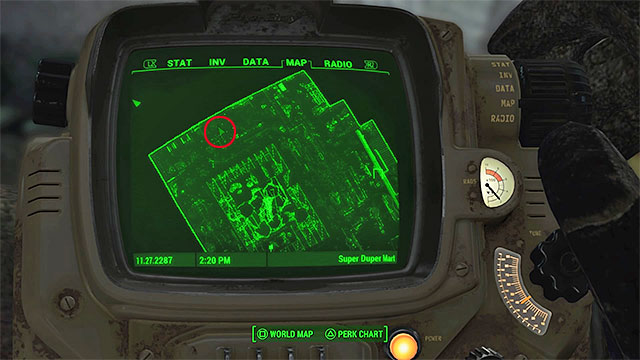 When you enter, start exterminating all the Ghouls. Make your way to the northern part of the building. The secret is on a magazine rack, in the location shown above. 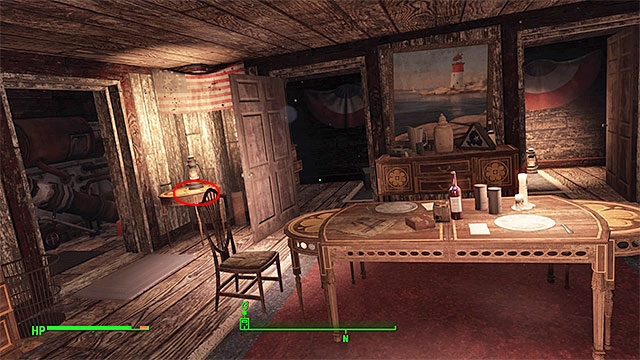 To get this collectible, you first need to board USS Constitution and you do that by crossing the destroyed building that is supporting the ship. After you get to the lowest deck, use ladders to upper levels, twice. You then need to go to the captain's cabin and you can do this straight away, or this will be possible only after you have met with first mate (if this is your first time around). The magazine is in the captain's cabin in the spot shown in the above screenshot - it is a small table in one of the cabin's corners, under the flag hanging under the ceiling.