The table below shows all magazines that you can find in the fourth sector of the world map, near the Fort Hagen. More detailed information about specific secrets can be found further in the chapter. 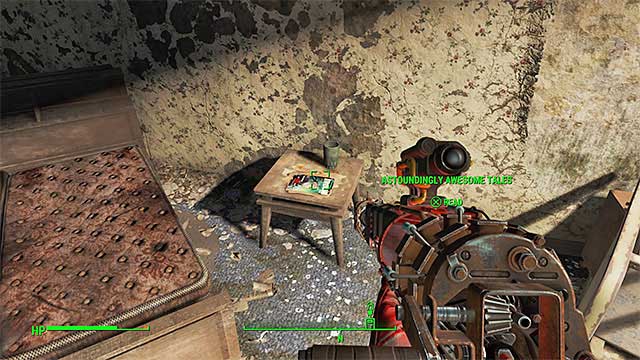 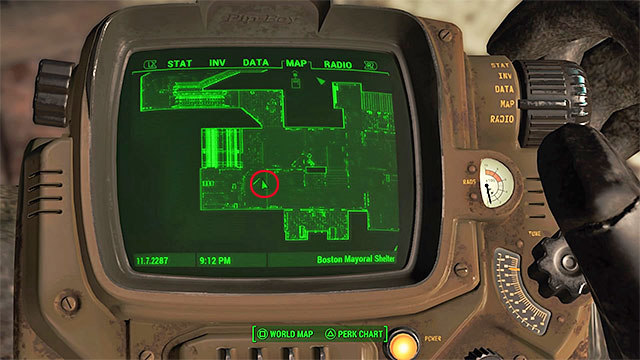 In order to get to the secret, you must walk into the mayoral shelter and then walk through the whole complex, eliminating many synths and guard towers on the way. Once you reach the living rooms, start examining the small rooms. The secret is in one of them, on the table next to the bed. The location of the item is shown on the pictures above. 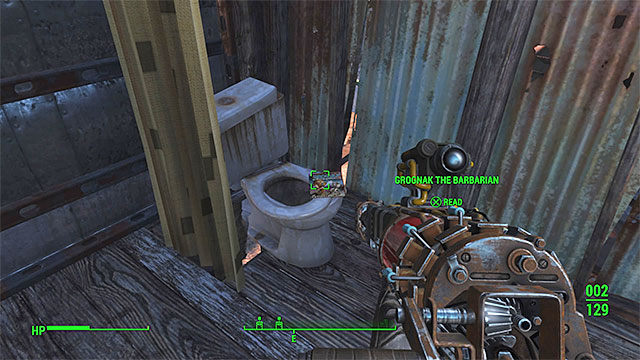 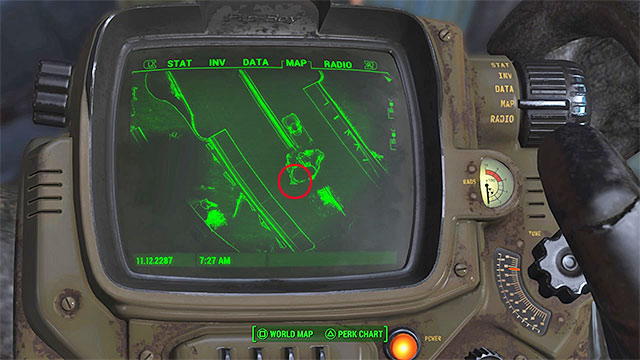 You must get to the ruined bypass high above the ground. The easiest way to do it is using the small elevator. The location is occupied by enemy Gunners with whom you must deal. An Assaultron robot and stationary turrets are helping them. The collectible is hidden in the headquarters of the enemy leader (Gunner Commander - he is using a power armor). It is lying on the toilet in the place shown on the pictures above. 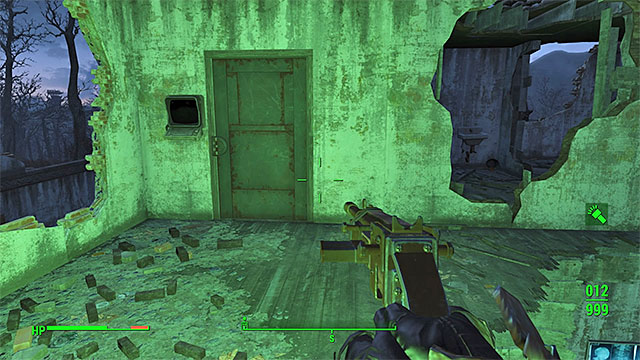 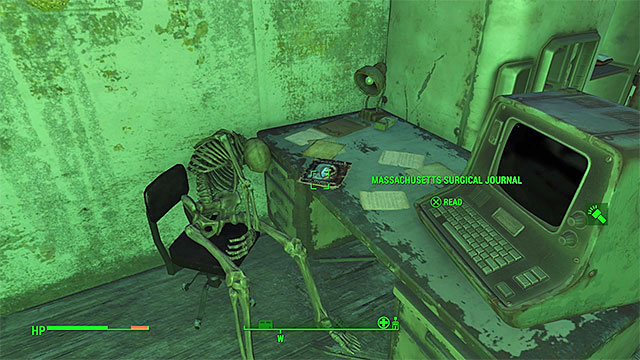 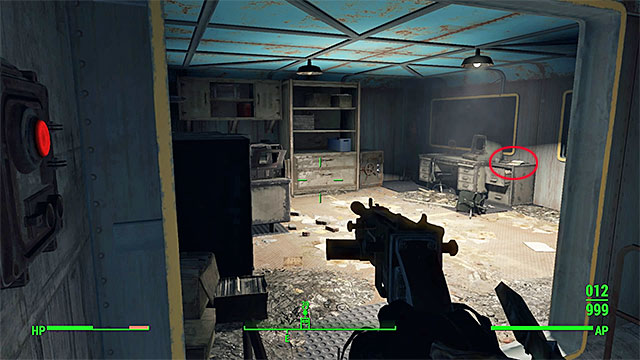 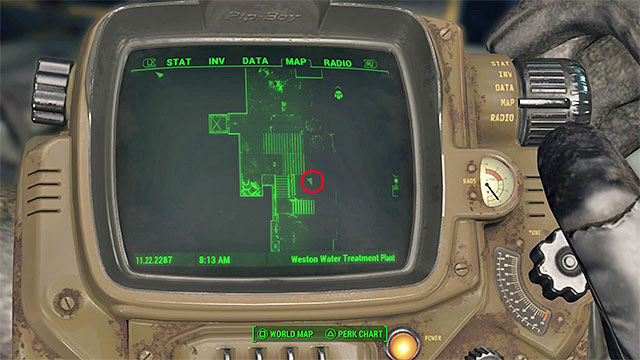 Many supermutants can be found in front of the entrance to the building. You can fight them or sneak up to the entrance door. Once you get inside the building, find the elevator and use it to ride below. After leaving the elevator, start checking the nearby rooms. You will find the magazine on the closet near the desk in the office shown on the pictures above. 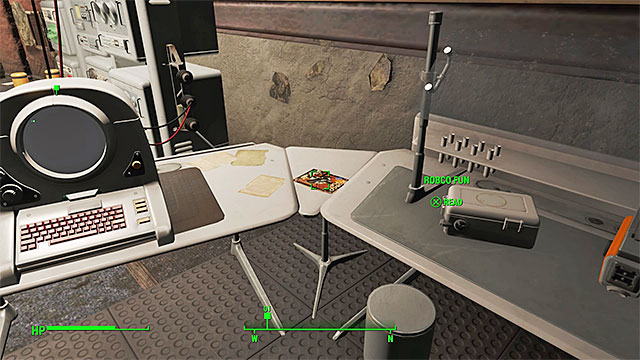 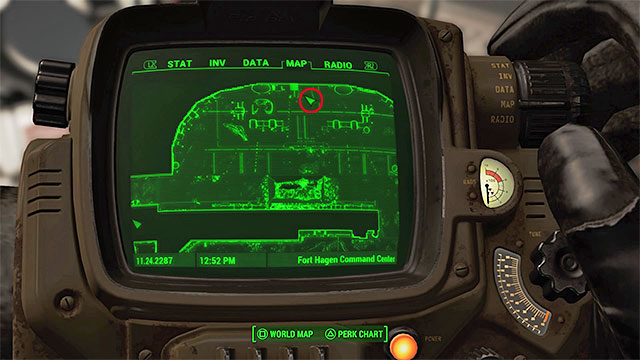 You can't obtain this secret before starting the Reunions quest since that's when you gain access to the fort. You need to reach the last room of the command center, where you killed Kellogg. The secret is on a desk, in the location shown above. 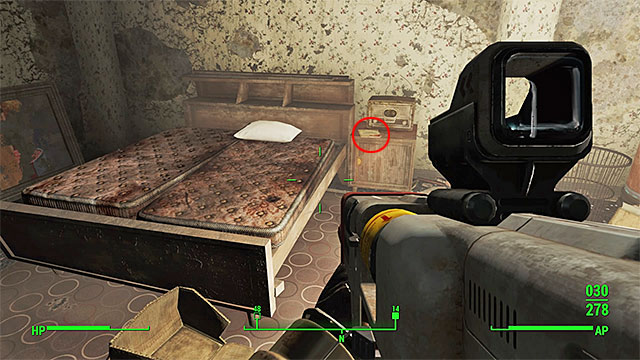 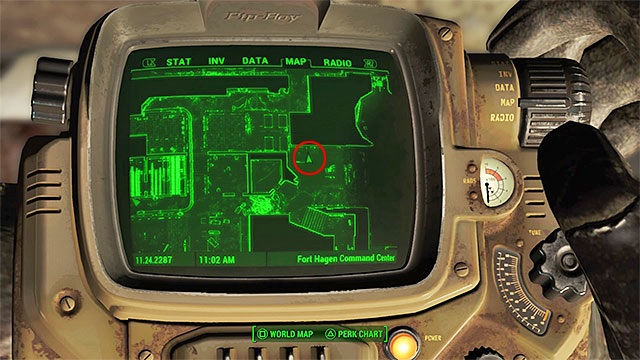 Cross the entire fort and reach the door to the command center. Follow on your path here and eliminate the synths that you run into. Soon after you pass by the armory, you should reach lodgings. This collectible is in the room shown in the above screenshots - on the bedside table, next to the big bed. 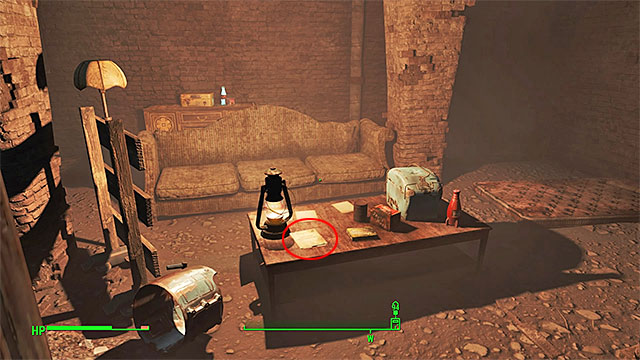 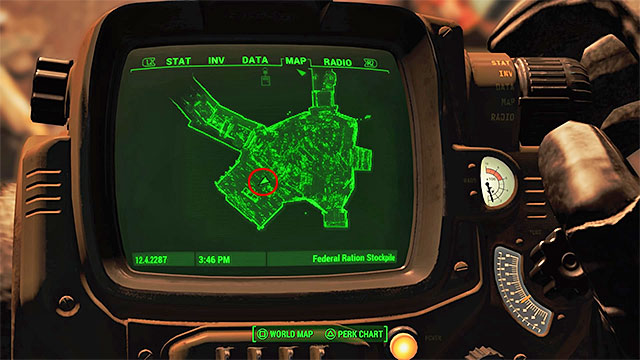 Eliminate raiders and guard dogs and take the door to the Federal Rations Stockpile. You need to cross the entire location to reach Raider Leader's place (Red Tourette). After you eliminate him and secure the area, look around for the small room up the wooden stairs (there also is a big red pipe next to it). The room has been shown in the above screenshots. You find the magazine on the table with the burning oil lamp on.