How to unlock: You must talk to Trudy or Wolfgang after arriving at Drumlin Diner (M1,6). 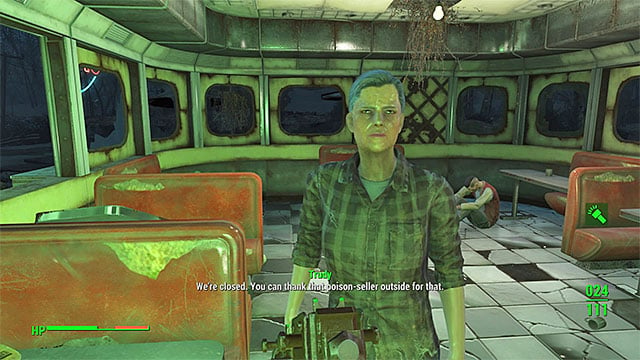 When you'll arrive at the Drumlin Diner for the first time you will witness a heated argument between Trudy and Wolfgang. You can allow things to play out or you can interfere to influence the outcome.

You can start the quest by talking to Trudy or Wolfgang. If you've picked Trudy start off by listening to her version - you'll find out that Wolfgang is responsible for giving drugs to her son Patrick and that he thinks they owe him. You can: 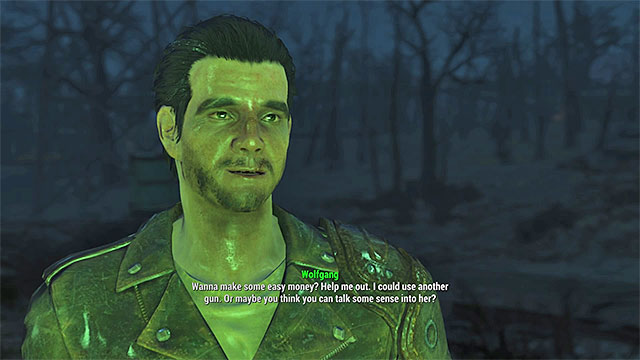 If you've picked Wolfgang you'll learn that Trudy owes him money. You can:

The quest will end no matter how you've acted, however if Wolfgang and Trudy survived you'll be able to trade with them from now on (Wolfgang sells chems, Trudy sells various goods).