How to unlock: You must complete The First Step side quest and talk to Preston Garvey (in the place where he can be currently found). The quest is unlocked randomly. 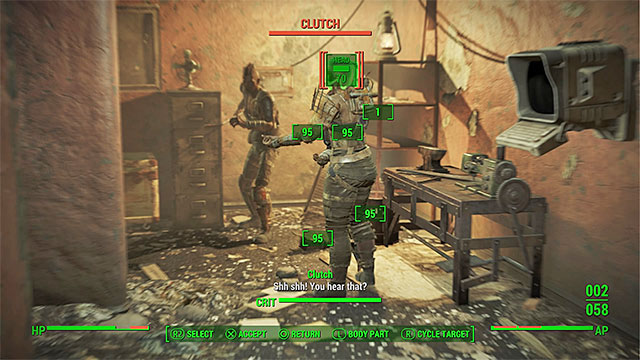 An example of a group of raiders

This quest is one of the many random ones connected to the Minutemen faction. You can receive it after you've completed The First Step side quest, talked to Preston Garvey and agreed to keep helping the Minutemen. You may be asked by Preston to help out the settlers from another, randomly chosen location. Once you get the assignment you will have to visit the settlement where you've been sent to, talk to one of the Settlers and go to the bandits' hideout which will be pointed out to you. After you've reached the hideout you will have to enter it and eliminate of the bandits present in that location. Once you're done go back to the settler to tell him about everything. He will give you bottlecaps and new members will join the ranks of the Minutemen. You will have to end this quest by returning to Preston Garvey and telling him about your success. He should have some new mission for you.