How to unlock: You don't have to unlock this quest. It will happen automatically after you've started the game.

Important - All of the major character choices you'll make during the prologue aren't final. You will be allowed to change them while completing the next main quest - Out of Time.

Moments before the apocalypse 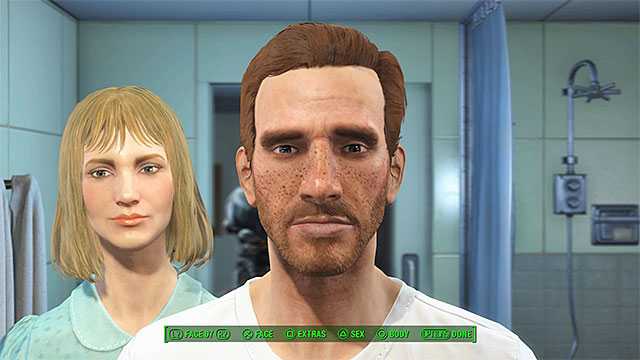 You start off looking at the mirror in the bathroom. You can choose whether you want to play as a male or a female character and you can also modify your looks (face, body shape, distinctive marks etc.). Once you're finished playing with this unique version of a character editor confirm that you're done (push a certain key/button).

Go to the kitchen and interact with a robot named Codsworth. Once you're doing that search for a coffee cup located on the kitchen counter and drink coffee. 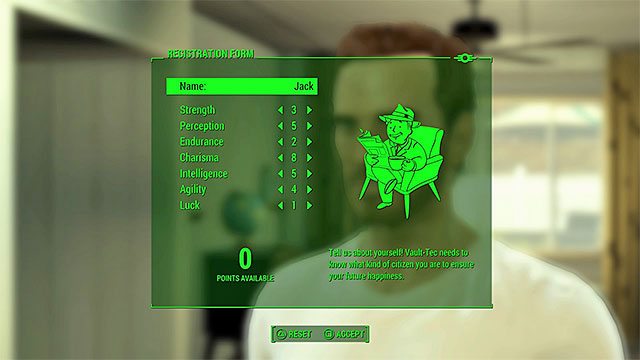 A salesman will soon knock on the door. Go to the door, open it and start a conversation with the Vault-Tec Rep. He will invite your family to go and stay in Vault 111 and during this meeting you will be asked to fill a registration form. This is when you must decide on your base statistics - Strength, Perception, Endurance, Charisma, Intelligence, Agility and Luck. You have 21 points to distribute between them and you can find our suggested builds in the strategy guide. Aside from setting the statistics you also have to name your character.

After the conversation has ended go to the child's bedroom. Play with your son Shaun and then interact with a crib mobile. You will soon be asked to return to the main living room. Go there and watch an emergency broadcast. 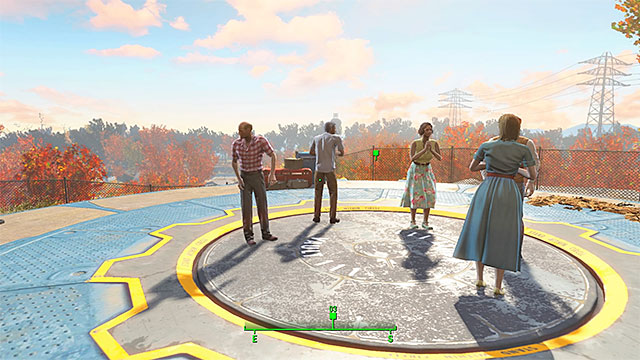 Exit the house via the main door and head right. Keep following a rather linear path through the neighborhood. The soldiers met along the way will be pointing where you need to go next so you shouldn't get lost. Once you've reached a small checkpoint go pass the other residents and talk to the Officer so that he'll allow your family to pass through.

Keep going up the hill. Stand on the round platform where you'll witness a nuclear blast. Wait for the elevator to descend to Vault 111. 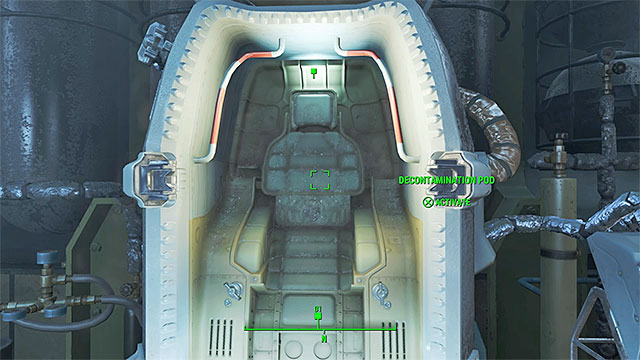 Enter one of the pods

Wait for the elevator to reach the underground vault and listen to the Overseer. Follow a near linear path. You will talk to the Vault-Tec Staff along the way and receive a Vault-111 Jumpsuit. Follow the Vault-Tec Doctor to a nearby chamber. Here you must comfort your son and then enter one of the decontamination pods. It'll soon turn out that this in fact a cryogenic chamber and you'll be put to a long sleep.