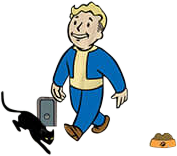 Luck is a measure of your general good fortune, and affects the recharge rate of Critical Hits.

Scrounger - You find even more ammunition in containers. (4 Ranks)

Idiot Savant - You're not stupid! Just... different. Randomly receive 3x XP from any action, and the lower your intelligence, the greater the chance. (3 Ranks)

Critical Banker - You're a patient battlefield tactician, and can save a Critical Hit, to be used in V.A.T.S. when you need it most. (3 Ranks)

Grim Reaper's Sprint - Death becomes you! Any kill in V.A.T.S. has a 15% chance to restore all Action Points. (2 Ranks) 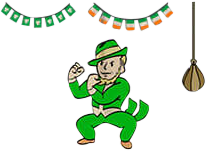 Four Leaf Clover - Feeling lucky? You should! Each hit in V.A.T.S. has a chance of filling your Critical meter. (5 Ranks)

Ricochet - What goes around comes around! An enemy's ranged attack will sometimes ricochet back and instantly kill them. The closer you are to death, the higher the chance. (3 Ranks)