This page contains information about the mini-games available at Golden Goose Game Center. We explain the rules of each game and how to exchange the Tokens you've collected for special prizes in the store.

Where is the Game Center? 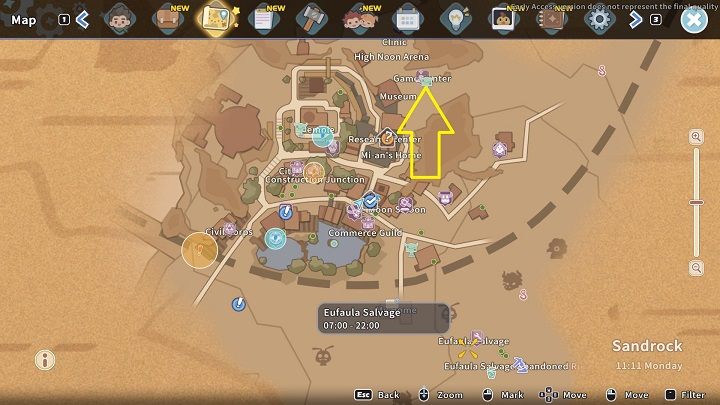 The Golden Goose Game Center can be found in the northeast part of town, near the Museum. You can get there in no time by using the Yakmel Station. The bus stop is right next to the building.

How to get Tokens and what to spend them on? 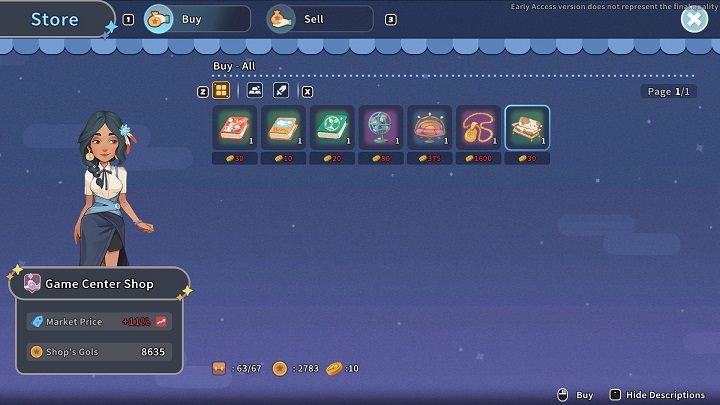 How to play Whack-a-mole? 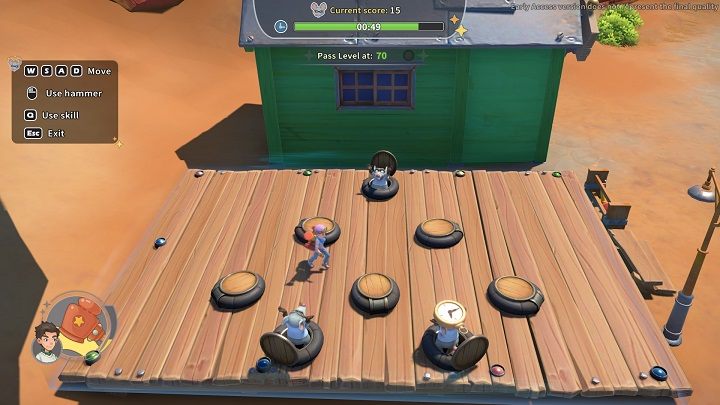 To play Whack-a-mole, approach the hammers standing next to the building. You'll have to pay 40 Gols to play.

The game is divided into 3 rounds, with each round lasting 30 seconds. Your task is to score at least 70 points in each round, regardless of the selected difficulty level. The more points you collect, the more Tokens you'll receive as rewards.

The game involves hitting the critters popping out of the holes with a hammer. There are several types of moles in the game to whack, which earns you points and has additional results:

There is an ability indicator in the lower left corner of the game screen. When it fills up completely, you can use a special attack that makes your character spin quickly and hit the moles. Regardless of their type, the critters will hide in the holes after one hit.

How to play the Adventure Game? 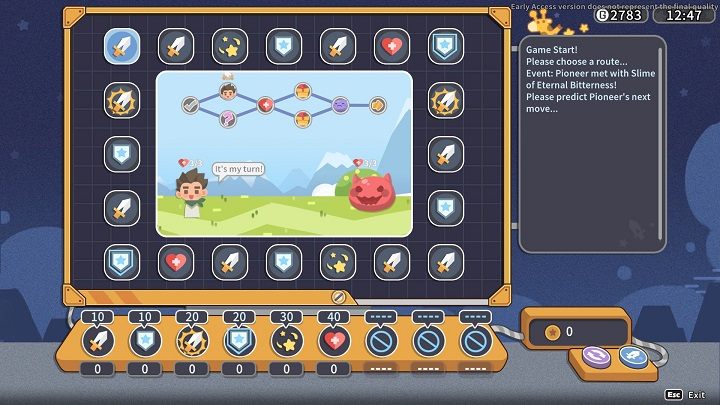 To play the Adventure Game, use the machine located inside of the Game Center, to the right. Starting the game is free, but you'll end up spending Gols while playing it.

The game involves moving around locations and fighting enemies. The route is displayed above your character.

You place your bets at the bottom of the screen. Each bet costs 5 Gols. Guessing correctly will net you the amount of Gols displayed above the icon. You can bet on the same action multiple times (then the reward is multiplied by the number of bets) or even on several different actions at the same time.

The possible action types are:

The game, in theory, ends when your character's health points drop to zero, but you can revive them by paying 100 Gols. If you decline this option, the system will tally up the Tokens you've earned during the adventure and award you bonus Tokens for the locations you have passed.

How to play Space Pilferers? 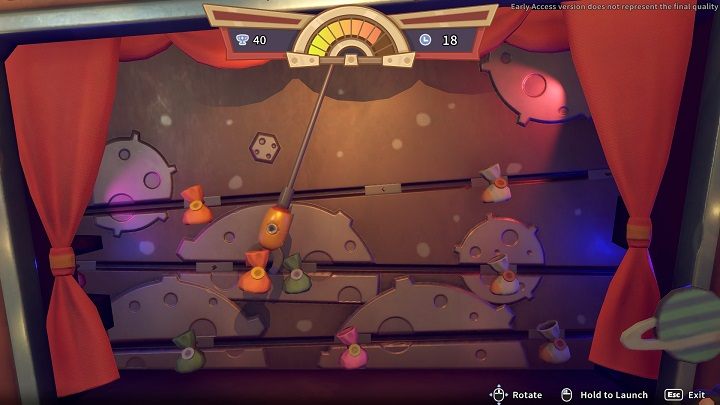 To play Space Pilferers, use the machine inside the Golden Goose Game Center that is standing closest to the door.

The game involves controlling the claw and grabbing bags. The more bags you grab, the more points you'll collect. The following information is displayed at the top of the screen:

Hold down the left mouse button to determine the claw's strength. When you release the button, the claw will be launched and grab the bag in its path. If you hold down the button too long, the indicator will start to drop and the arm will lose power.

The more points you collect while playing, the more Tokens you will receive as a reward.

A single game lasts a minute, but keep in mind that during the final 20 seconds, Frenzy Mode will kick in and the rails holding the bags speed up considerably, making it harder to grab them.