This page contains a walkthrough of the Over the Moon side quest, in which you will set out to find the missing sign from Owen's restaurant. You will help a friend and fight against rocket roosters. 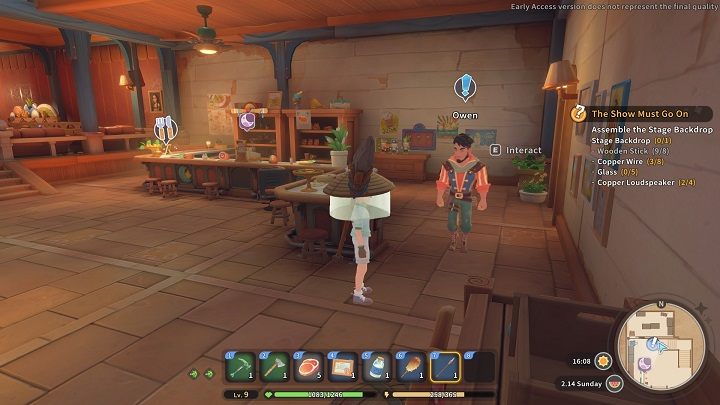 The task is available the day after the first sandstorm. The quest is commissioned by Owen, as the strong wind blew away the sign from the Blue Moon Saloon. Talk to him to accept the quest. 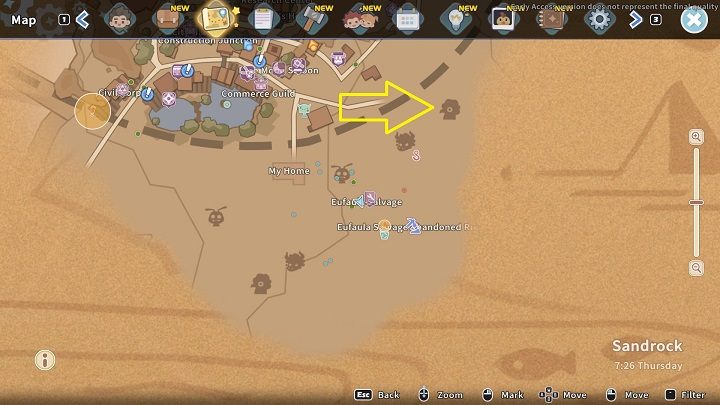 Owen will tell you the location of the sign (we've marked it in the screenshot above) and warn you that Rocket Roosters are prowling the area. You need to defeat 3 of these roosters to complete this part of the task. 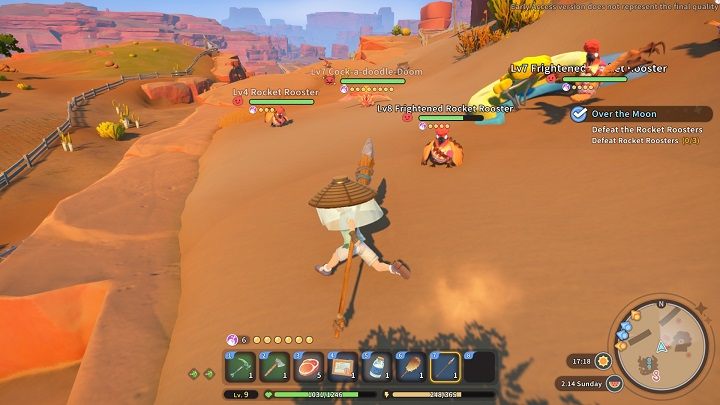 Complicating matters is the fact that you may encounter other aggressive chickens alongside the Rocket Roosters. During the battle, remember to stay on the move at all times and avoid incoming projectiles. The Rocket Roosters shoot one firework at a time, but the Cock-a-doodle-Doom launch five. The spear works well here due to its good attack speed, letting you alternate between attacking and dodging. 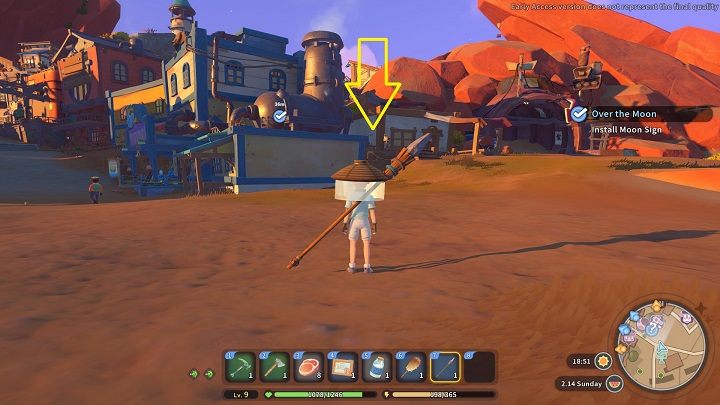 Once you've dealt with the roosters, pick up the yellow and blue sign and head back to the Blue Moon Saloon. The sign should be placed on the roof next to the tank. You will get there from the side of the store, as indicated by the arrow in the image above. Install the sign and Owen will thank you for your help and give you a reward. This is the end of the quest.