This page contains a walkthrough of the Combat Training quest. It's initiated by walking up to the City Hall during the Becoming Official main quest, so there's no way to miss this quest. 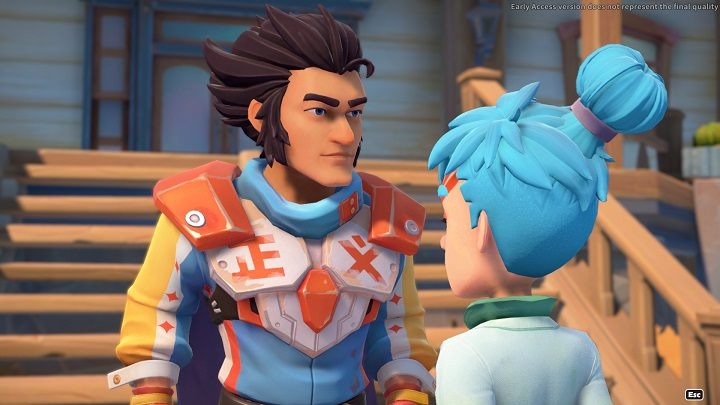 Once you head towards the City Hall during the Becoming Official main quest, Pen will stand in your path. The man will offer to spar with you, which functions as a tutorial. You have the option to decline this quest, but we advise against it. The quest itself is very short and easy, and the extra experience always comes in handy. 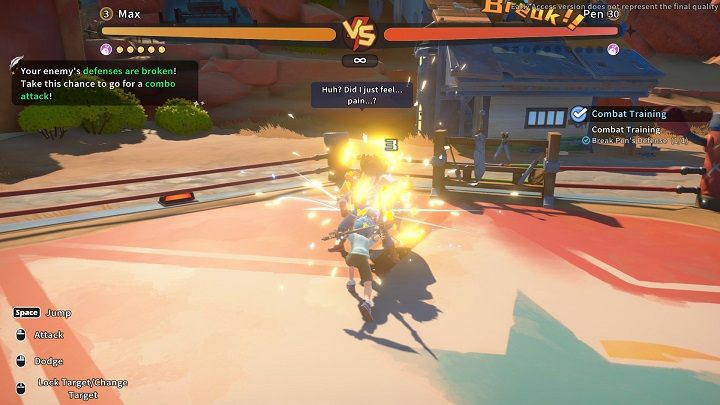 Your task is to complete a number of combat-related objectives. After choosing one of the four weapons, first attack Pen several times.

Then continue to attack until you break through your opponent's defenses (the words BREAK will appear above Pen's health bar). Depending on your choice of weapon, you'll need to strike him 3-5 times.

Your next goal is to avoid the enemy's attacks. Simply press the dodge button (the right mouse button by default) to evade and avoid damage.

The final stage is to defeat Pen in combat. Keep attacking and dodging his attacks until the end of the fight. It's impossible to lose this battle and you can even stand completely still until the next cut-scene starts playing. Pen will thank you for sparring with him and the quest will be completed.