The fight against the Raven Keeper in GoW Ragnarok is divided into several stages. The boss from The Eyes of Odin favor has a variety of attacks and can summon several minions, including a dragon. On this page, you will read a detailed description of the fight with the Raven Keeper, how to prepare for the fight and learn about the boss's weaknesses.

Location of fighting the Raven Keeper

The Raven Keeper is a boss from the favor The Eyes of Odin. When you kill all 48 Ravens and open 6 Legendary Chests at the Raven Tree in Niflheim, their keeper will appear. 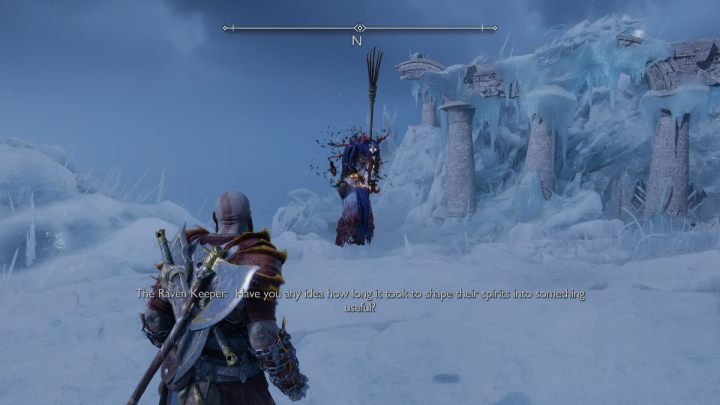 Go to the sparring arena in Niflheim, located near the Raven Tree, to start the battle.

Prepare well for this strong opponent. There is a dwarven shop opposite the arena - upgrade your weapons or forge new armor. Be sure to have runic attacks at the highest level. Also buy a Resurrection Stone.

Fight with the Raven Keeper

The opponent is very fast and can teleport. Before each attack, fire a sonic arrow or a sigil arrow in her direction to slow down the Raven Keeper, allowing you to hit her. 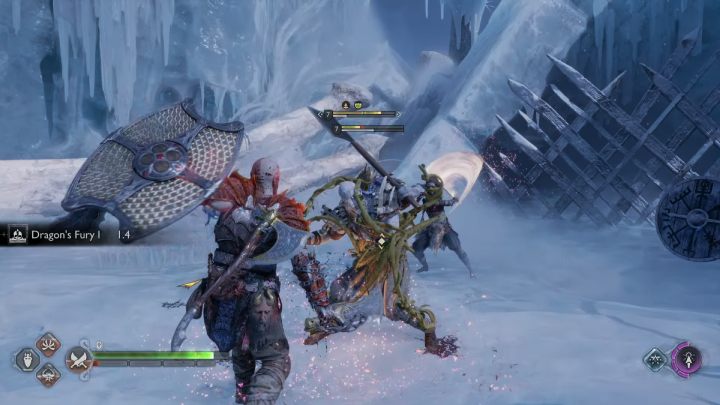 When the main opponent loses half her health bar, she will summon some Vikens. Watch out for their strongest fighter and Bifrost attacks. Use runic attacks, especially those that deal area damage. Shield attacks will allow you to stun opponents, giving you a moment to take a breather or a chance to use a powerful attack.

Try to defeat the new enemies as quickly as possible, after some time the Raven Keeper will return. 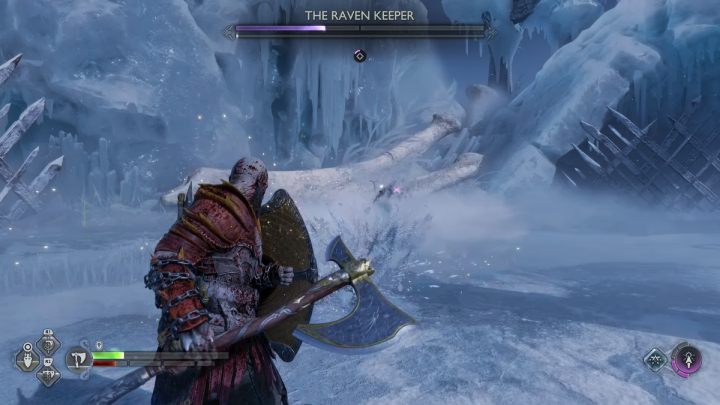 The Raven Keeper will release 2 Bifrost missiles every so often, one after the other. Activate the shield as soon as you hear your opponent utter a spell. If you get hit with it, your movements will be slowed down. 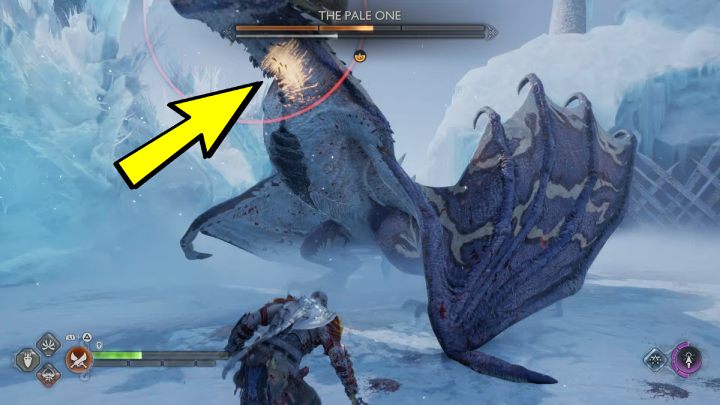 When the Raven Keeper has a quarter of health left, a dragon called the Pale One will appear. Its weak point, as with all dragons, is the throat. When you see the spot glow yellow, throw a spear at it. This will knock down the opponent and give you a chance to attack a few times.

Use all runic attacks to inflict as much damage as possible. Block its ice breath and when the dragon starts flying, throw a spear at it to knock it down. 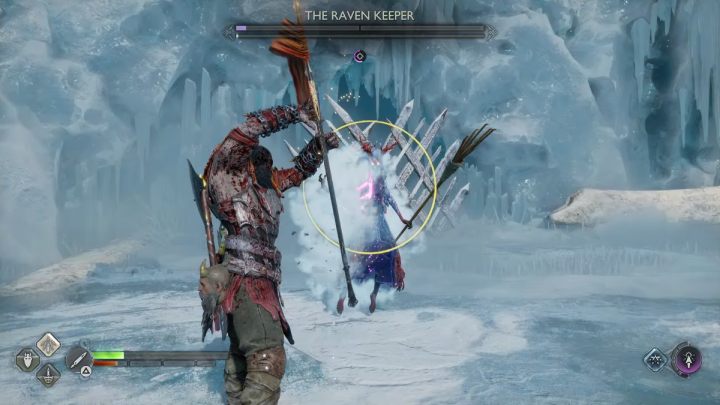 After killing the dragon, the Keeper will return. Avoid her attacks and wait for your runic attacks to restore. Shoot a sigil arrow at her and when the opponent is slowed down, run up to her and deal a final blow.