Defend Your Valor is a side quest (Favour) in God of War Ragnarok that involves battling the Valkyrie Queen Gna, who is a strong optional boss of the game. Our walkthrough shows when the opportunity to face Gna arises, where is the Queen's hideout in Muspelheim, and what rewards are received for winning the encounter. 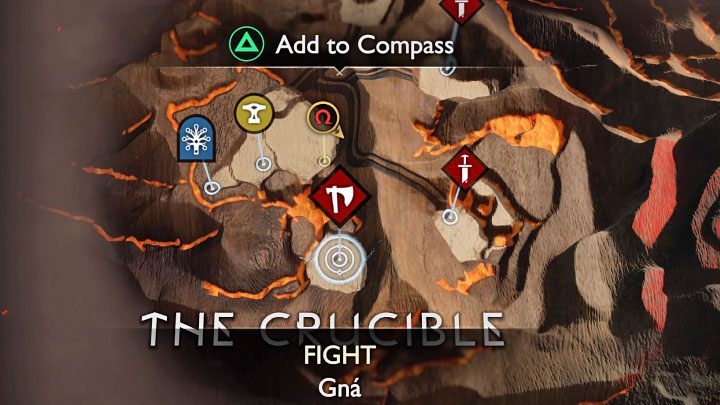 This task can only be picked up after finishing the main story.

An additional requirement is having The Crucible region in Muspelheim unlocked. For this, you need 2 Muspelheim Seed Halves and the way of getting both of them is described in detail in the FAQ section (How to unlock challenges in Muspelheim?).

The hideout of Queen Gna is located southeast of the Mystic Gateway in The Crucible. 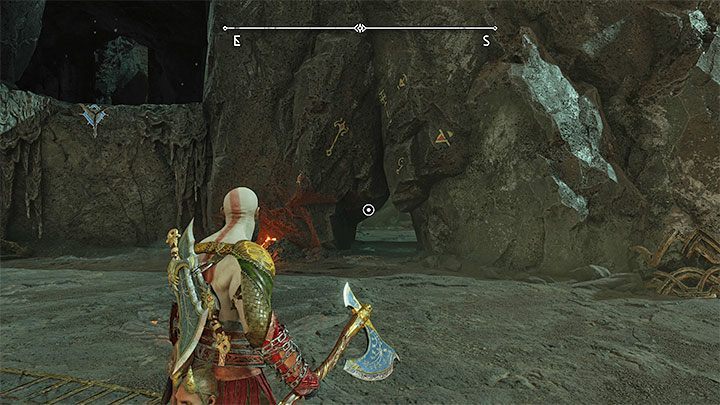 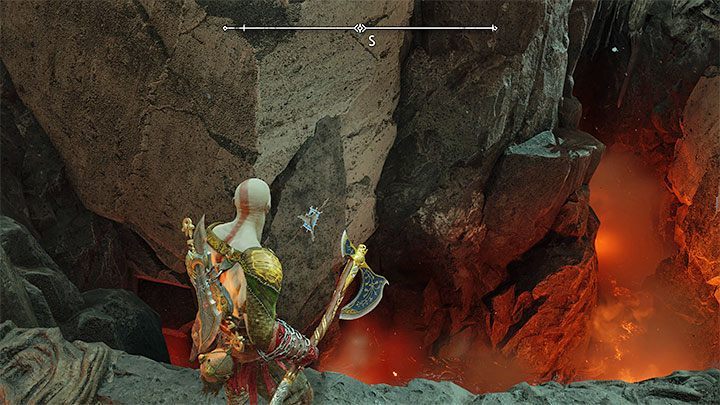 To have an easier way finding it, once you find yourself in The Crucible, look to the east of the Mystic Gateway and dwarven store. You should locate a small passage under the rocks from screenshot 1.

A little further ahead you'll come across interactive climbing spots (screenshot 2). These lead to a large circular arena. 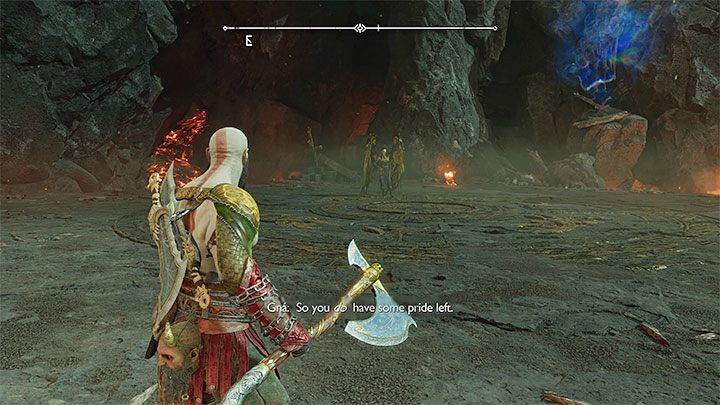 The Valkyrie Queen is one of the game's most powerful bosses. We described the confrontation with her in detail in the Valkyrie Queen Gna page of the Bosses chapter. Winning the battle completes the quest automatically.

Don't worry about the way out of the arena being not that evident. You are free to leave the arena at any moment and consider returning to it to face the boss e.g. once Kratos is at level 9.