This guide page describes Freyr's Gift favor in God of War Ragnarok. We describe the monument to Freyr and the crystal puzzle.

The Freyr's Gift favor will be unlocked when you approach the large statue in the northwestern part of The Forbidden Sands region along with Freya as a companion. 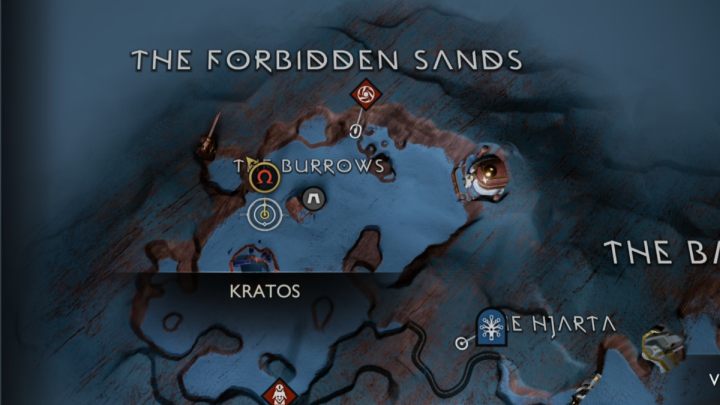 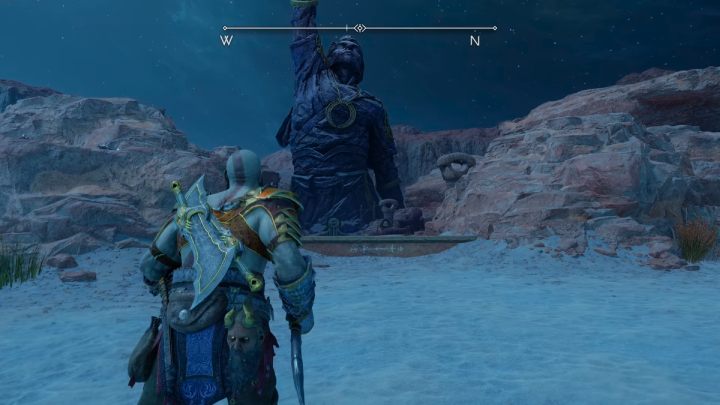 You will be able to visit The Forbidden Sands region only after completing the Song of the Sands favor.

Investigate the monument to Freyr

In front of the Freyr statue, you will find some blue crystals. You must insert the crystals in the right places and activate them to complete the task. 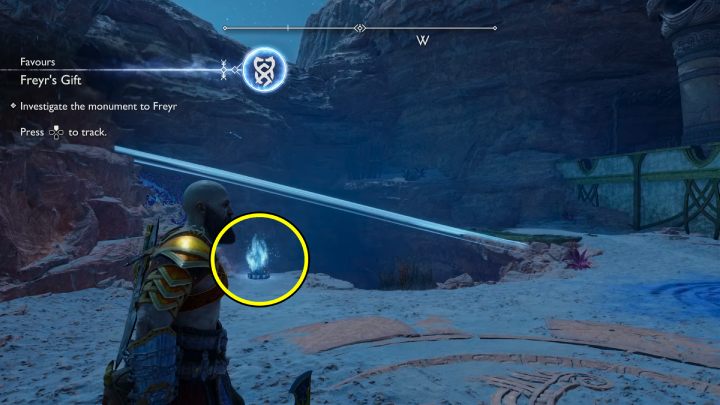 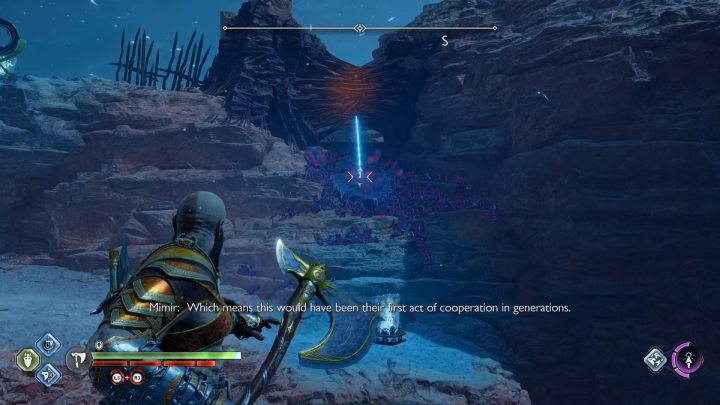 Take out the crystal lying on the left side of the statue and put it down next to it. When the bridge is gone, approach the edge and throw the axe at the crystal to remove the blockade from the hive. Put the crystal back into the hole. 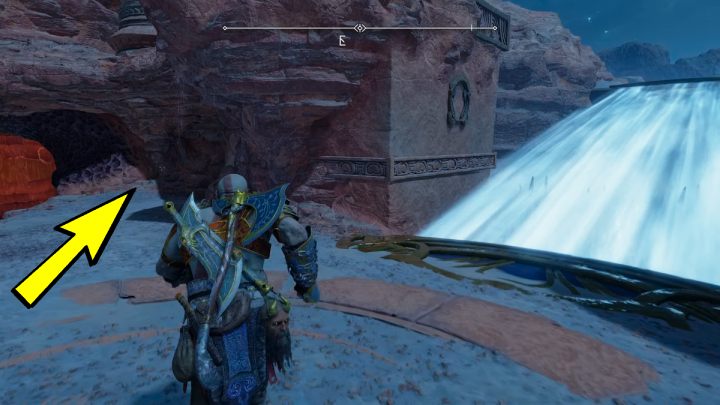 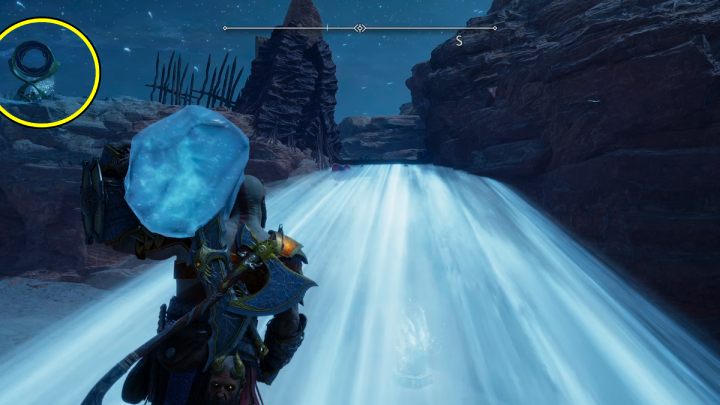 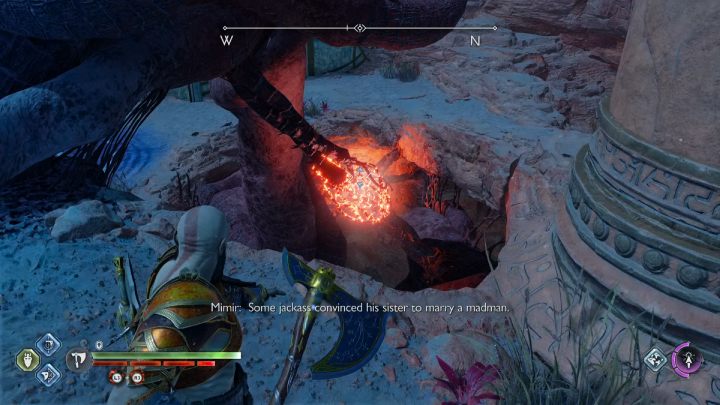 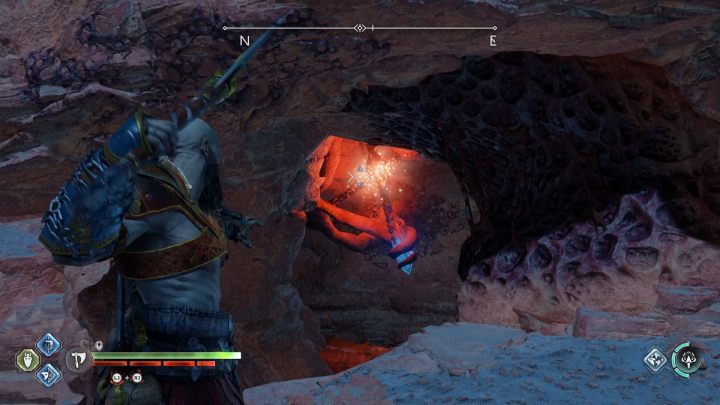 Position yourself at the right angle, standing on the higher ground facing the monument, and remove the 3 red connections. Then go downstairs, shoot a Sonic Arrow at the hive and throw the axe at the red connection above the crystal. 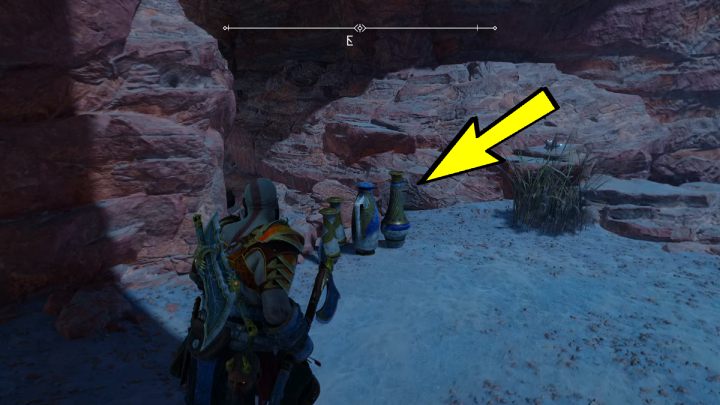 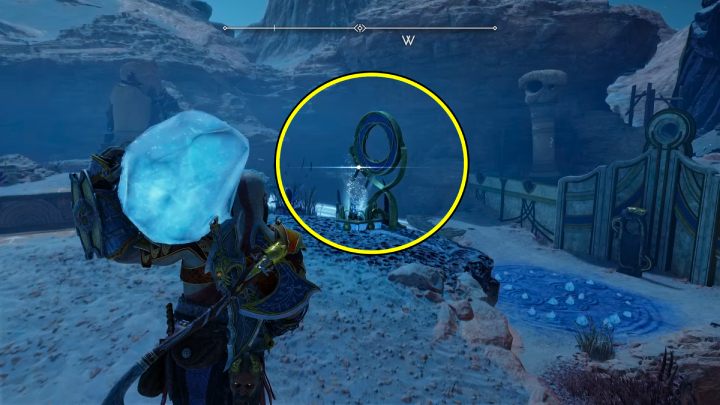 Remove the vases covering up the passage and pick up the crystal. Put the crystal in the 2nd hole on the higher level and wait for the light to reach the monument to Freyr.

When 2 crystals shoot light toward the monument to Freyr, a Lore Marker will appear in front of the gate. 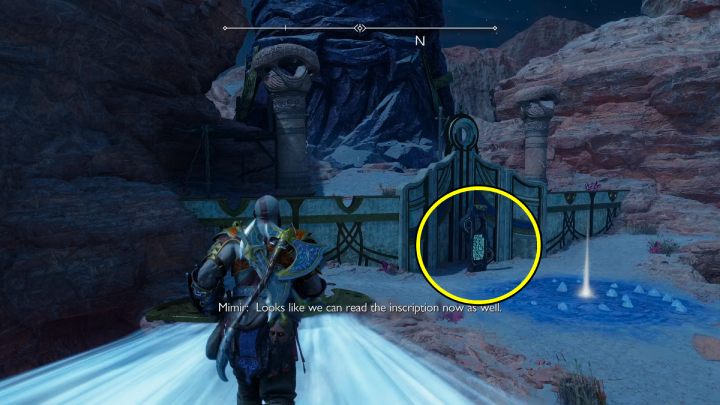 Go down and read the runes. At the end, pick up the items lying in the blue sand with crystals.