This page of the walkthrough for God of War Ragnarok is about A Stag for All Seasons favor. Learn where you can find the stags in the Hollows, the Plains and the Jungle regions, as well as the requirements for feeding them and bringing them to Ratatoskr. 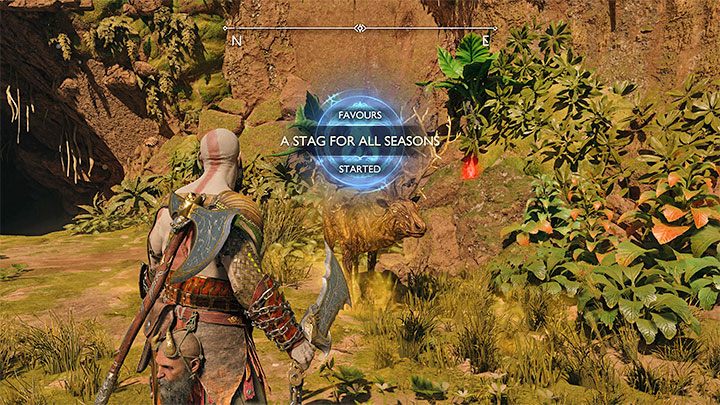 You can start this task in Vanaheim by finding the first Stag out of the 4 - their locations are described further down the page. 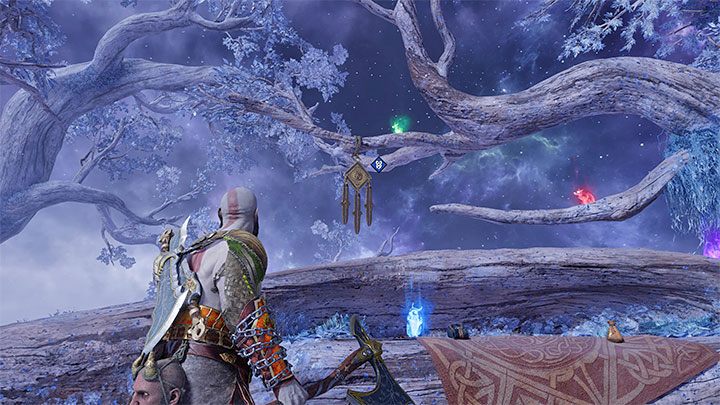 Kratos will learn that he can't "send back" the Stag because he doesn't have the feed. Return to the Sindri's house - you must meet with Ratatoskr, the talking squirrel. Ratatoskr will leave Yggdrasil Leaves - take them.

From now on, you can feed the Stags and make them pass through the portals. You can find and return the Stags in any order - you don't have to follow ours. 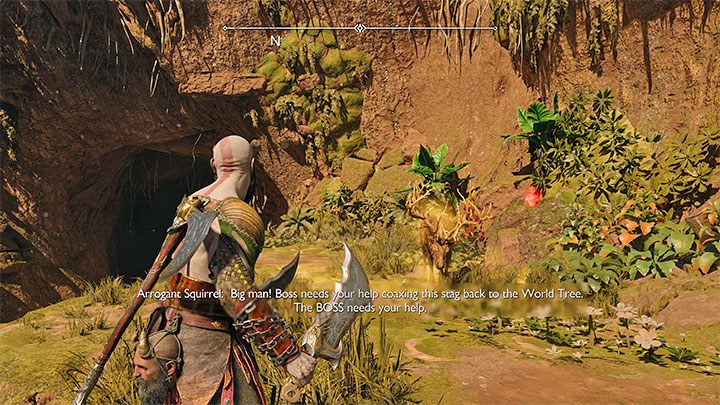 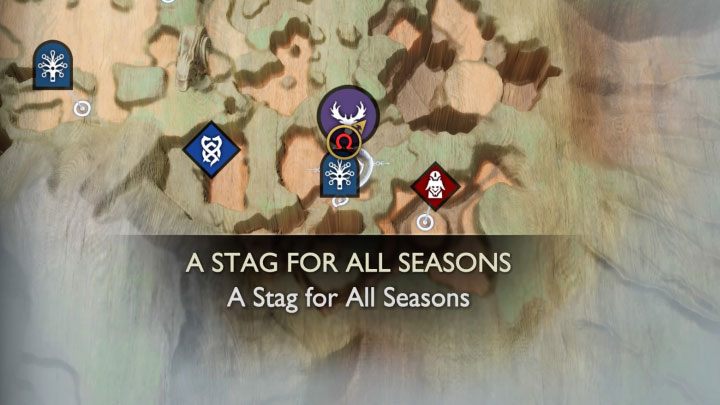 The first Stag is located next to the Mystic Gateway in the Sinkholes region. 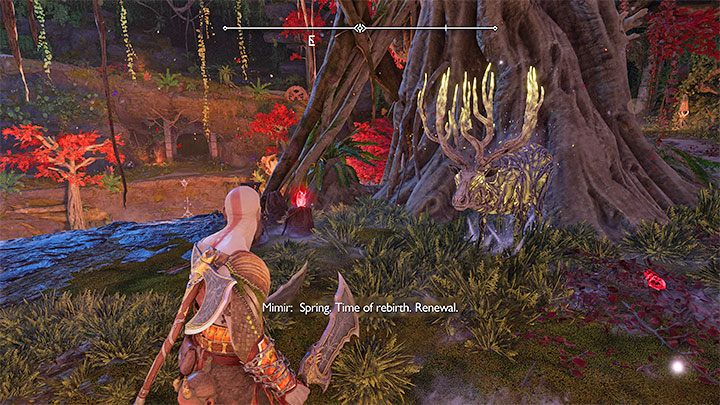 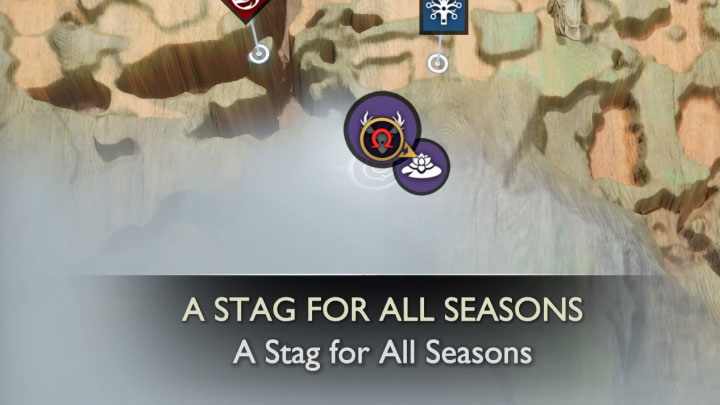 The second Stag is located in the Wishing Well location in the southern part of the Plains region. You can reach the well from the east (Crag Jaw's lair from the side quest Quaking Hollow) or from the south (provided you have unlocked the passage in the Jungle). 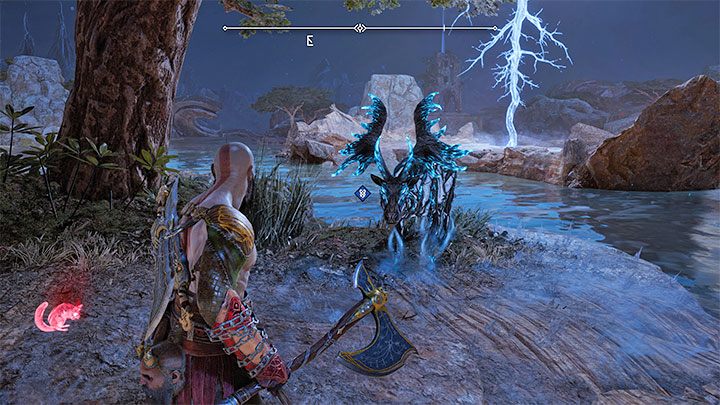 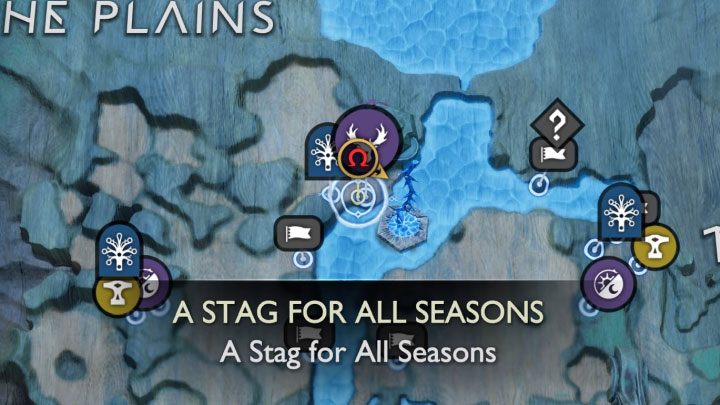 The third Stag is located in the northwestern part of the Plains, not far from the lair of the the Crimson Dread. 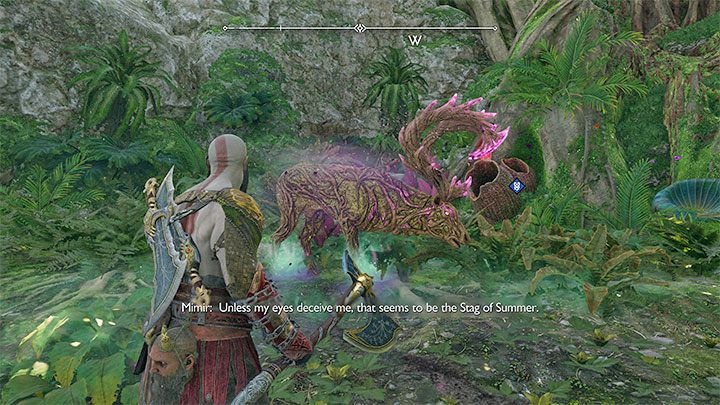 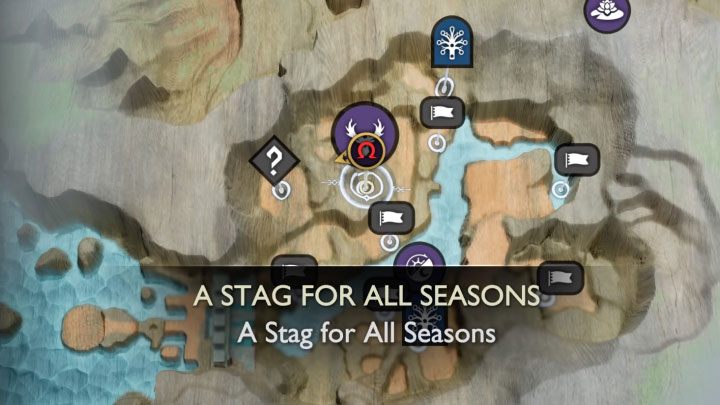 The fourth Stag is located in the northwest part of the Jungle. 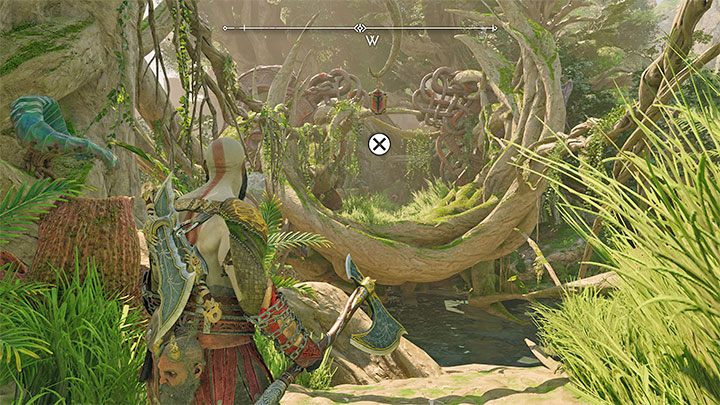 You can reach the described part of the Jungle only during the day. This will unlock the grappling point above the river (image).

After sending back all the Stags, meet once more with Ratatoskr at Sindri's House to finish the favor.