The Realms at War is the title of the last main campaign quest of God of War Ragnarok. The walkthrough in our guide explains how to win the battles in Asgard, how to go through the battlefield and reach Odin's location, and how to advance to the endgame.

Note - Once you start the final quest, you must see it through to the end, i.e. finish the main story. You can, fortunately, resume the optional exploration of the realms after you finish the story. 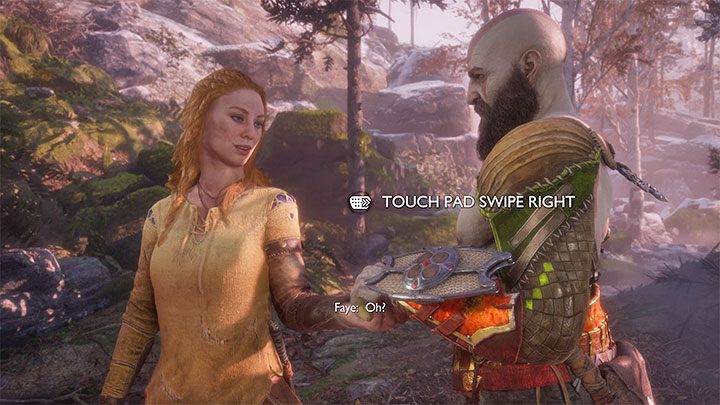 You will start the final main quest in front of the Tyr's Temple in Midgard. Head to a marked tent for a rest.

Follow Faye. At several points, you have to swipe right on the touchpad. 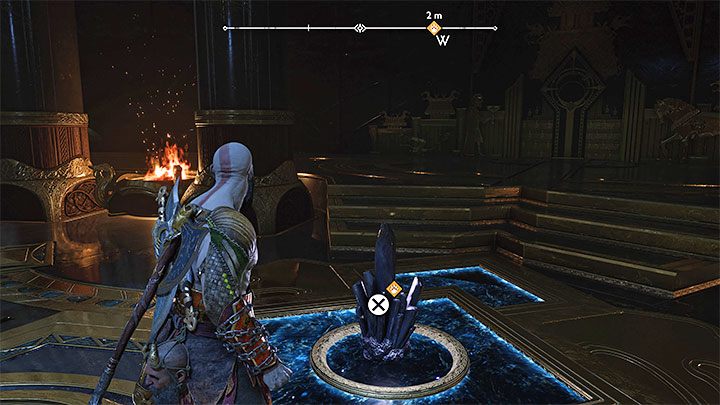 Enter the Tyr's Temple - you have the last opportunity in this quest to use the dwarves' shop. If you have enough supplies, upgrade your gear.

Go to the main hall and approach the interactive object - Kratos will give a speech and use Gjallarhorn.

Fight to reach the war machines 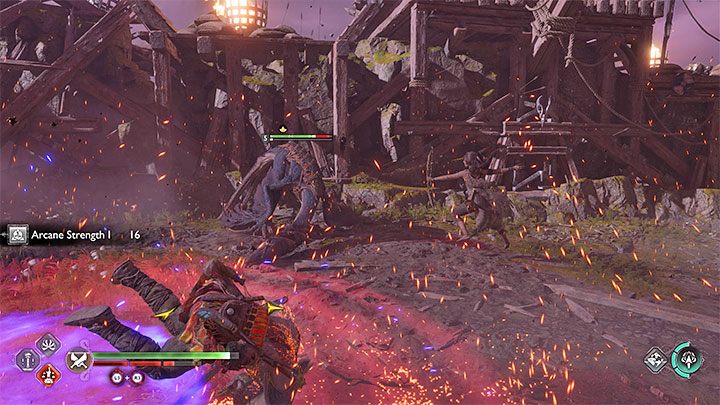 You will reach Vigridr in Asgard. This location is linear and has many enemies. Use Freya's help - she is Kratos' starting companion (she will later be replaced by Atreus).

During battles, avoid getting hit with bifrost and strong attacks - those symbolized by red rings and large red circles on the ground. 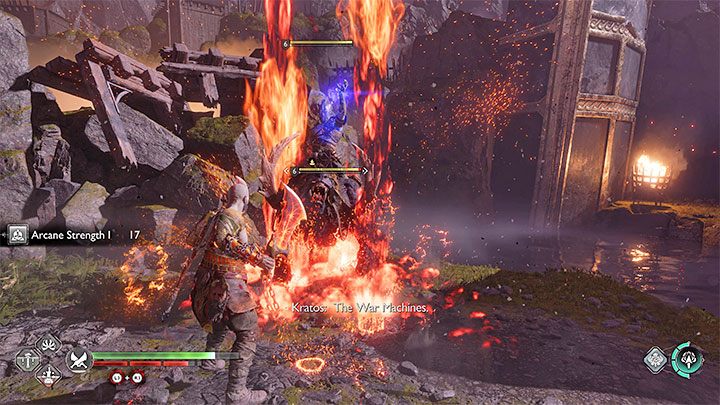 In some places, you have to pull yourself to the upper shelves. This also helps to reach enemies attacking from a distance. In one of the locations, you can encounter an ogre. Stun it and then press R3.

Use the Blades on the barricade to unlock further passage and walk across the drawbridge. After the cut-scene, you will have to fight more enemies, including one riding a large beast. 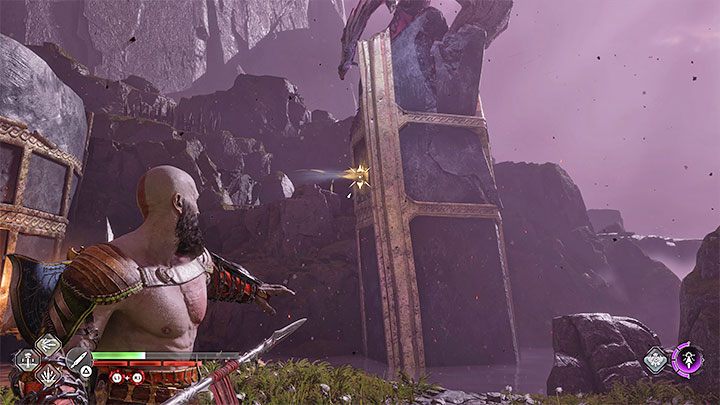 A dragon will also appear. You have to chase it away similarly to how you did in Vanaheim - throw your spear at the crack in the ruins under the dragon. This will make the structure collapse. 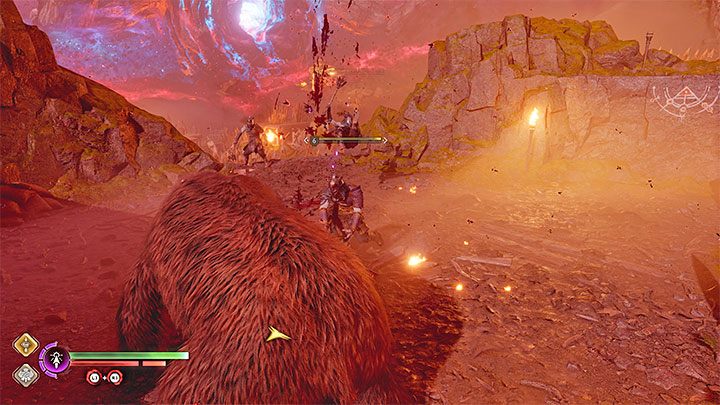 You will switch to Atreus. Attack opponents from a distance or up close. Stay away from the red circles that symbolize where an attack will land.

Atreus will be knocked to the ground - you must activate his rage (L3 and R3). As a bear, you will be able to quickly kill all enemies. 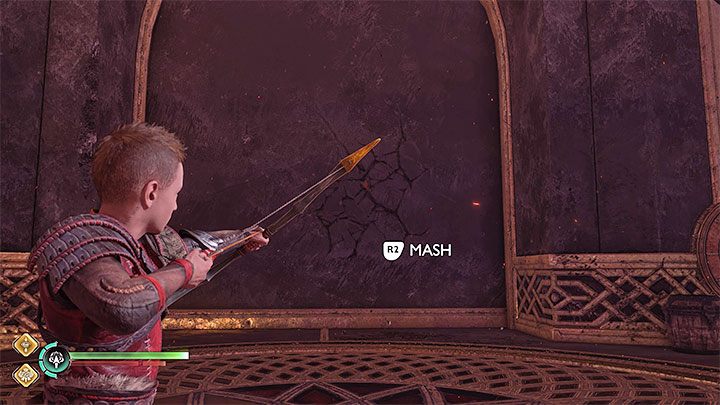 After the rage is over, finish the fights and reach Thrud. You have to quickly shoot many arrows (R2). 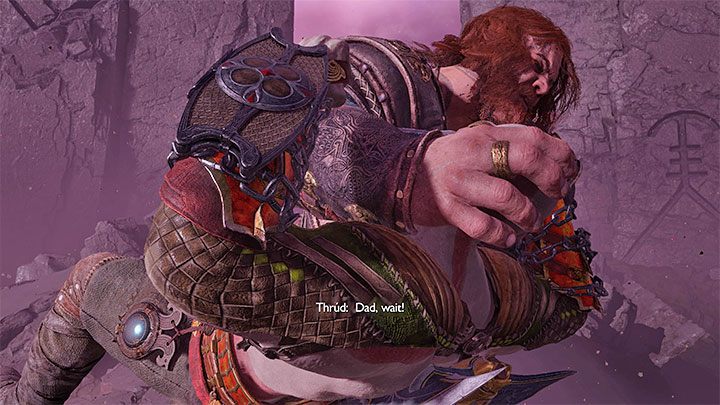 You will return to playing as Kratos. As you head north toward the Great Lodge, you will encounter new enemies, including a Wyvern.

You will meet Freyr and Kratos will be attacked by Thor. We described the second duel with this boss on a separate page Thor (second fight) in the Bosses chapter.

Shortly after you deal with Thor, Odin will appear. 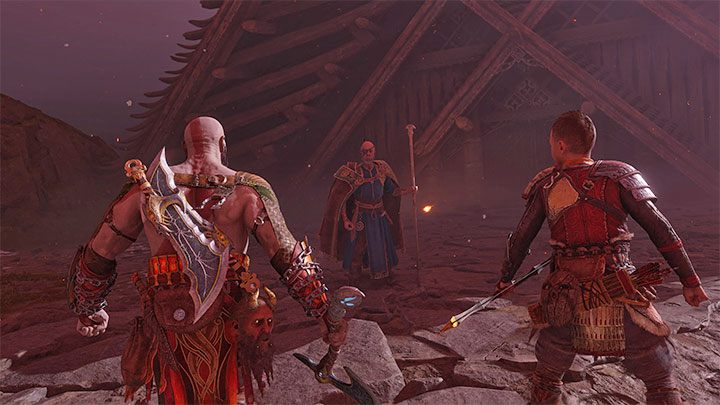 Odin is the final boss of the story - you must defeat him twice. The first battle takes place in front of the Great Lodge.

After defeating Odin for the first time, watch a cut-scene. 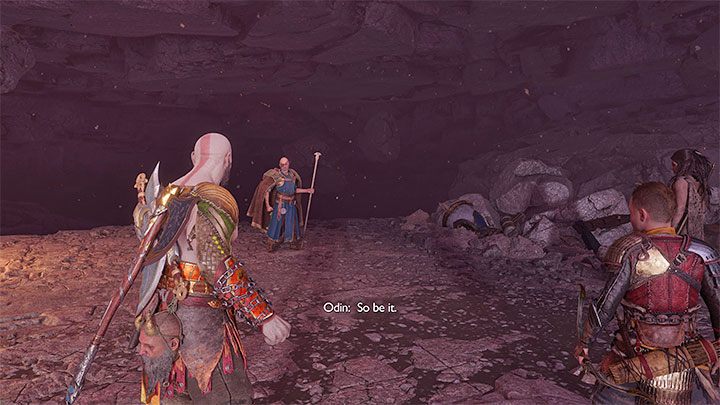 The second battle will take place in a large cave. We discussed both of these fights in detail on the Final boss page in the Bosses chapter. 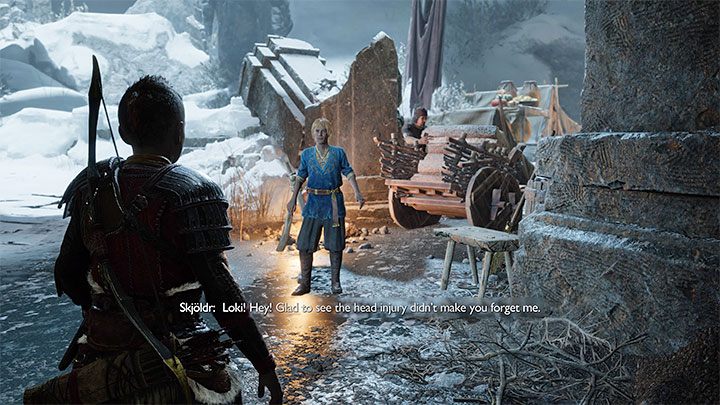 After all the cut-scenes, you will return to Midgard as Atreus. Along the way, you can meet various characters and listen to optional conversations. 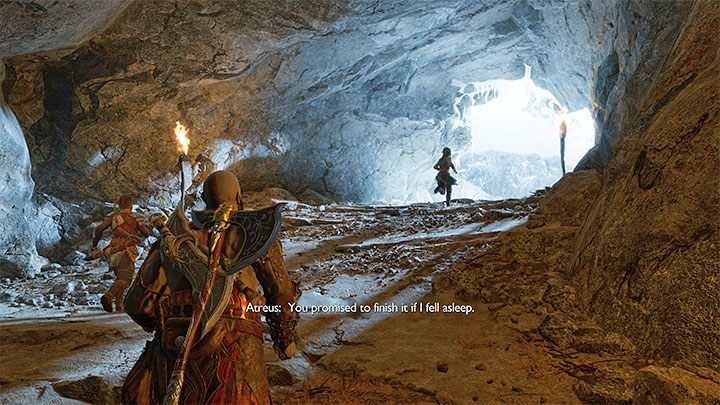 You will switch to Kratos and have to go after Atreus' friend. Together, reach the place of a new prophecy.

The first credits will start. During them you can follow a linear path as Kratos. Get to the point where the game informs you that the main storyline has ended and you have moved on to endgame - you will start a new quest called Beyond Ragnarok.