The fight with Gna - the queen of the Valkyries - in God of War Ragnarok can prove to be very challenging. On this page, you will find information on how to reach Gna's hideout in Muspelheim, how to prepare for the boss fight, how to weaken Gna and how to deal with the Valkyrie Queen's strong attacks. 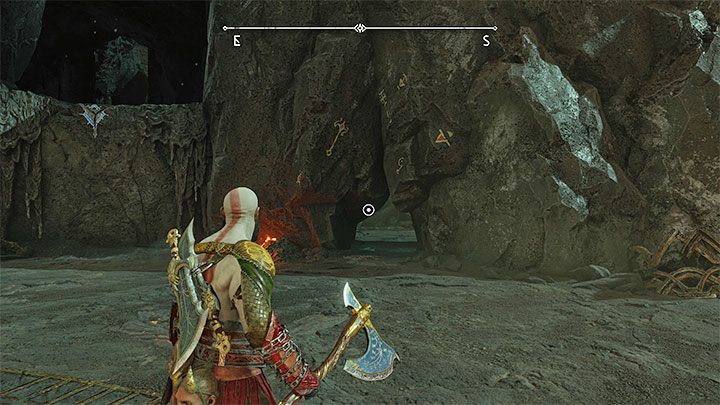 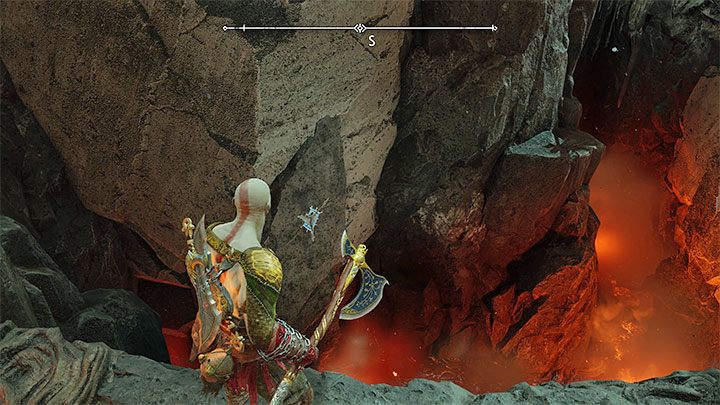 Gna is the queen of the Valkyries - a very strong optional boss. You can fight her only after finishing the main storyline and reaching her hideout.

You must move to the Crucible region in Muspelheim. There is a small passage in the rocks to the east of the mystical gate and store. After going through it, jump to the next interactive edges. 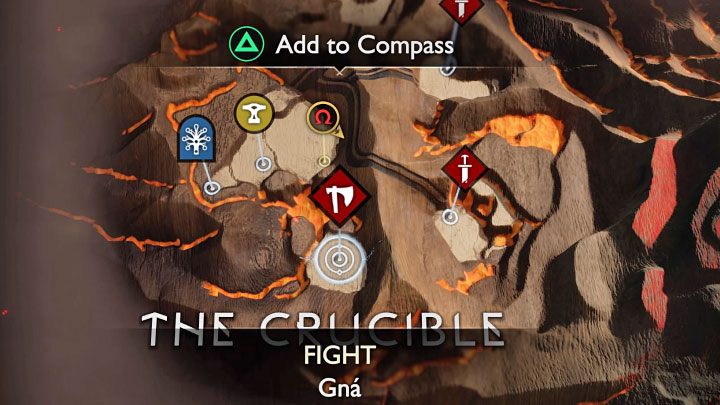 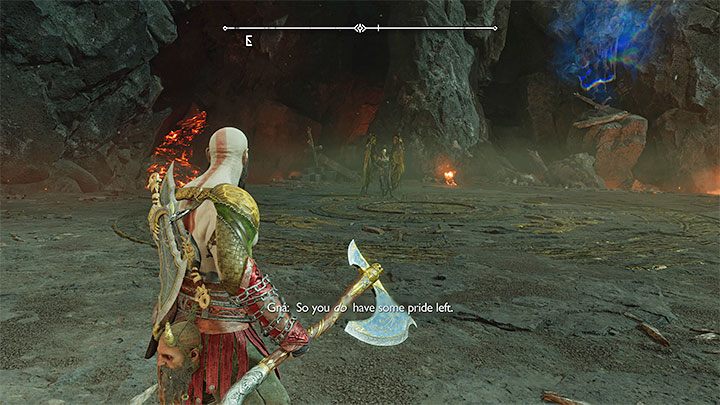 You will reach Gna's location. The queen of the Valkyries will only enter the duel when approached. If you do not feel confident (or have already lost a fight) you can withdraw and return to the main part of the Crucible.

Leave the fight with the Valkyrie queen for the very end - this is one of the 2 most challenging fights of the game. Preparations should include developing Kratos to level 9 (weapons and armor) so you have higher survivability and can deal more damage.

Here are some additional tips: 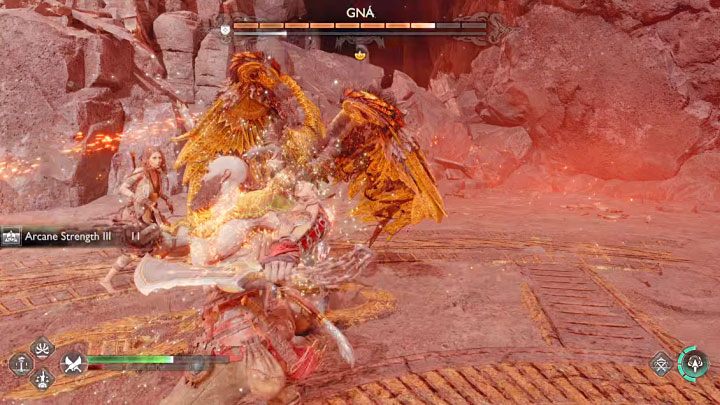 The Valkyrie Queen has a long health bar and is very resilient to attacks. You should: 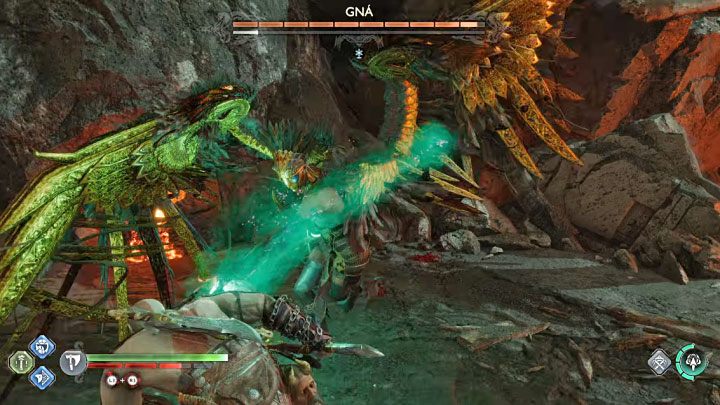 The key to survival is to react correctly and quickly to Gna's attacks. She mainly uses red attacks, which you must avoid. If a yellow attack appears, you can try to parry it (note - it can be several attacks in a row).

Here is an overview of the most important attacks of the Valkyrie Queen:

Series of melee attacks - These are usually fast regular attacks, but a given series should end with a red attack, so you will have little time to dodge. 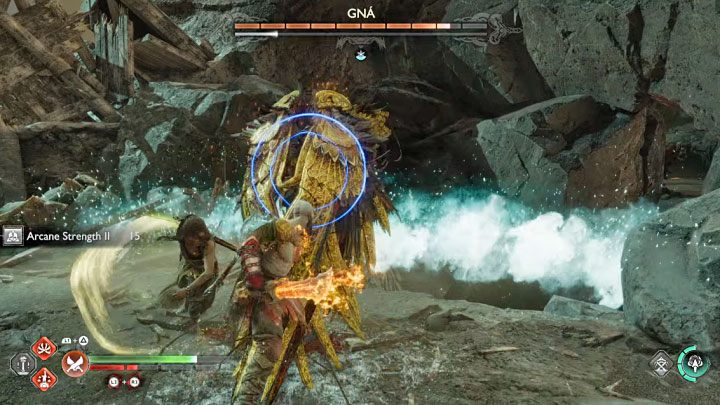 Guarding with the wings - Blue rings will appear and you must break through her defenses by hitting her quickly with your shield (2x L1 button). Use your best attacks right after that. 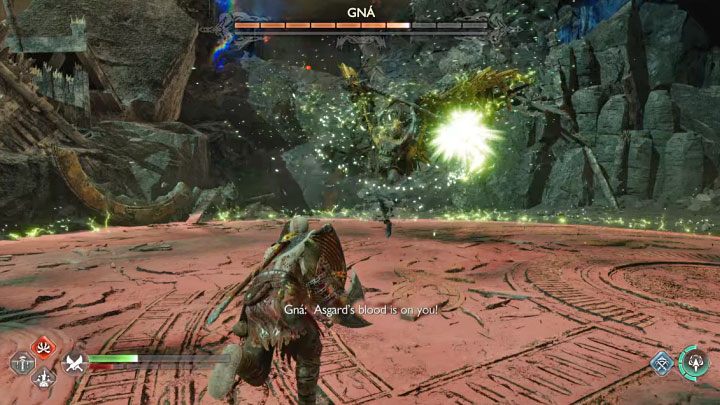 Charging weapons in the air - This is a blue attack, but it is more offensive-oriented. The solution is to quickly approach Gna and use the shield.

The Onslaught Shield with its charge move can help you reduce the distance. We described how to obtain it on the All shields page in the Character progression chapter. 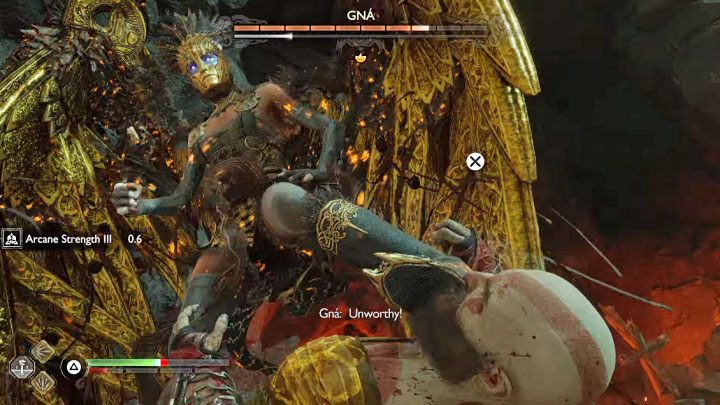 Landing - It is much faster than the Berserker version. You must dodge immediately. If you miss, Kratos can be stomped by the Queen and you will have to free yourself (press X quickly).

Aerial attacks - This is a series of two attacks: the first is a regular attack, and the following one is a red attack. In both cases, you have little time to dodge to the side. 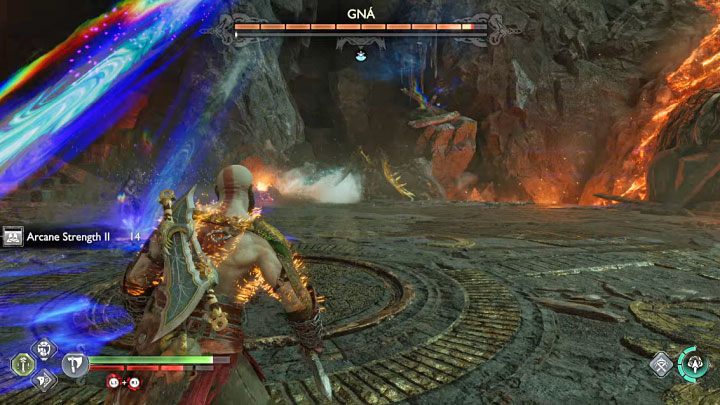 Bombarding the arena with projectiles - You have to dodge to the side. Be ready to dodge several times in a row. There will be bifrost in the places where the projectiles landed - don't go near it to avoid receiving the negative status. 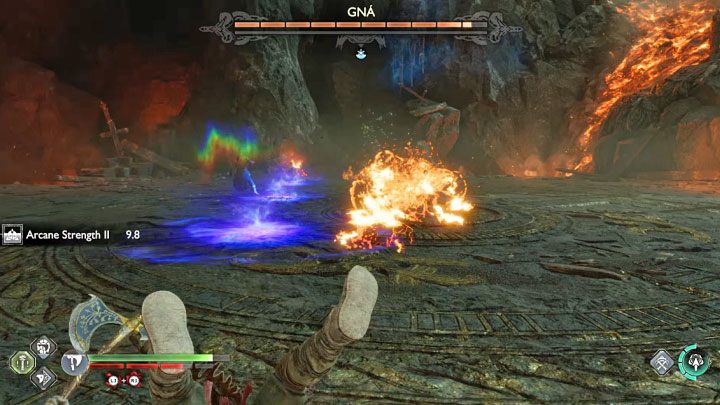 Charge - This is a red attack and you must evade to the side. If caught, Gna can launch Kratos into the air.

Wave of fire - This is another red attack. Dodge to the side with some delay, i.e. when the fire is about halfway to Kratos. 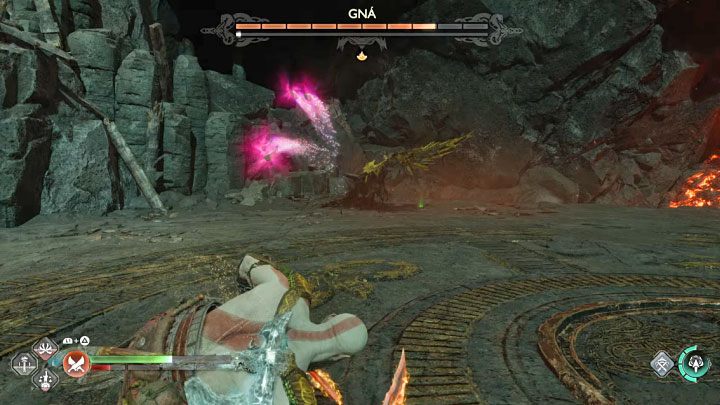 Homing projectiles - These can be a regular or red attack and Gna additionally shoots two series of projectiles. They fly quite fast, so there is not much time to dodge or block (blocking regular projectiles will still deal you some bifrost damage). 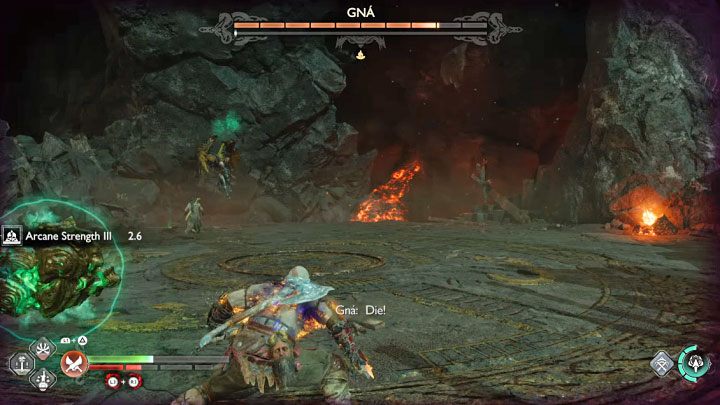 Shooting a single large projectile - This is a red attack, but it is signaled in advance and the projectile itself does not fly very fast, so dodging should not be difficult.

Deplete Gna's entire health bar and end the fight with an execution.