On this page of our guide you can find a walkthrough for the battle against the final berserker - King Hrolf Kraki (Fit for a King Favour). Here we show how to unlock the encounter, which takes place in Midgard, what preparations to make before the battle, and what attacks the boss has at his disposal.

Unlocking the final berserker fight and preparing for the clash 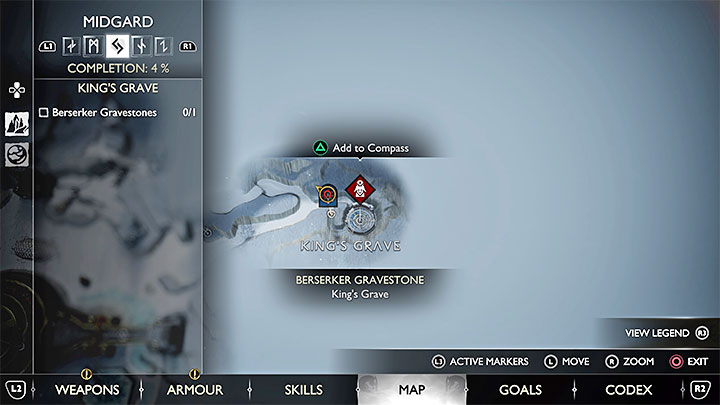 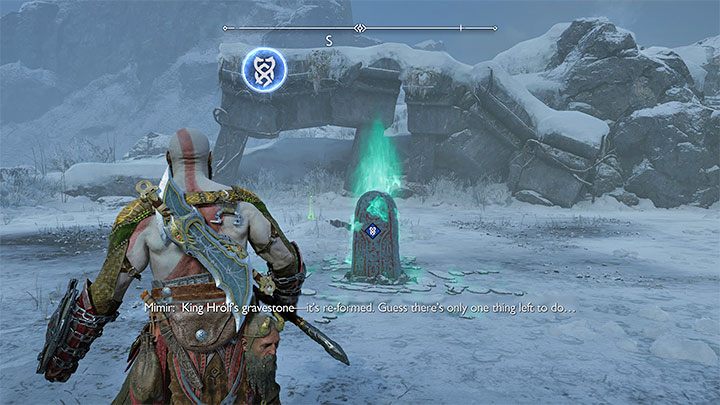 King Hrolf Kraki is the final berserker encounter - a series of optional battles against powerful bosses. Defeating them is a part of Fit for a King Favour, which involves defeating the berserker souls.

You can fight King Hrolf only after you've defeated all other berserkers - you can find the walkthroughs for previous battles on dedicated pages of our guide. After the journal is updated, travel to King's Grave region in Midgard (eastern part of the map). The final berserker gravestone is found there and interacting with it starts the encounter.

Wait with fighting King Hrolf until the end of the game, as he is one of the 2 most demanding boss battles. Preparations should include developing Kratos to level 9 (weapons and armor) so you have higher survivability and can deal more damage.

Here are some additional tips:

Walkthrough for the battle against King Hrolf 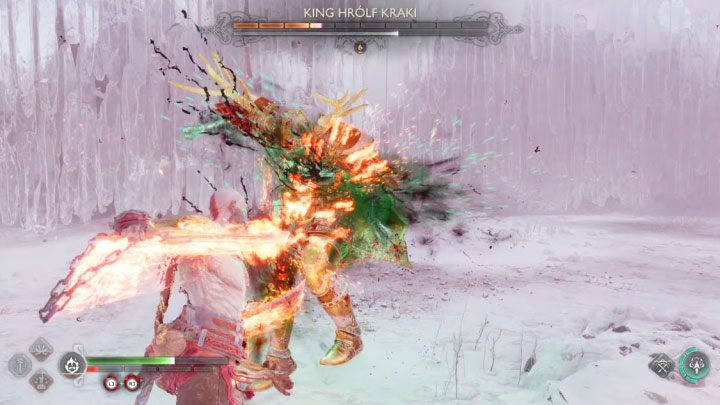 The final berserker has one very long health bar. Remember to: 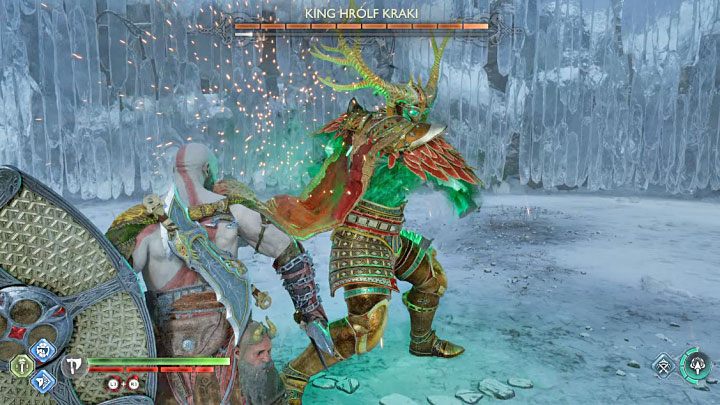 King Hrolf Kraki uses a variety of attacks, and some of them were used by previous berserkers. Here is a summary of the most important ones:

Melee combinations - the individual strikes can be normal or of yellow variety. A combination is most of the time concluded by a red attack and you need to be ready to dodge.

Important note - some of the boss's attacks can apply bifrost status. If struck, avoid taking damage for some time, as the ensuing explosion can hurt Kratos. 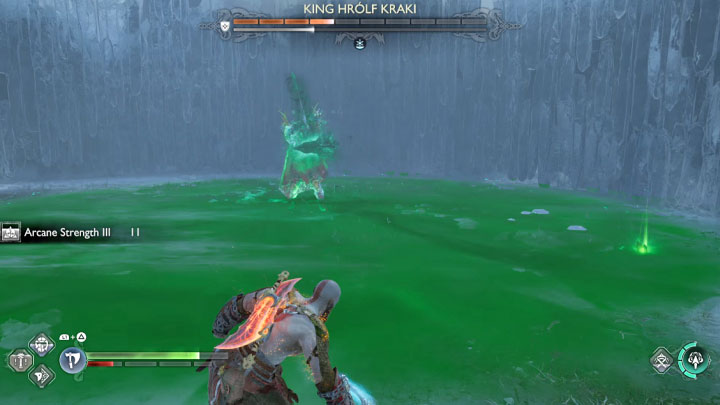 Green area around the boss - this is a red attack and you quickly need to escape the green area before the boss finishes his attack. Either sprint or perform a double dodge. 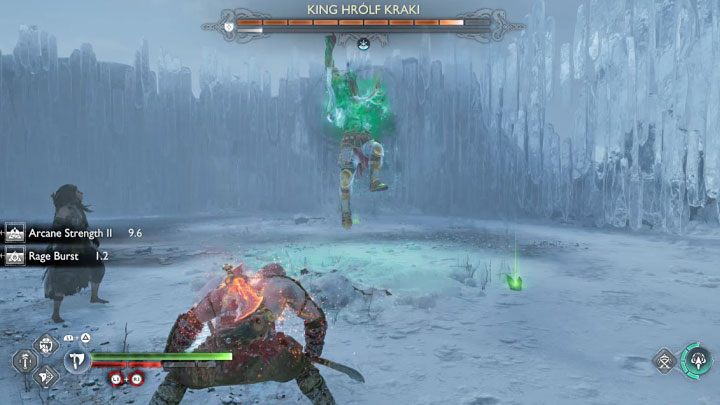 Charge and hitting the ground after a jump - these are red attacks and in both cases, you need to perform dodges. 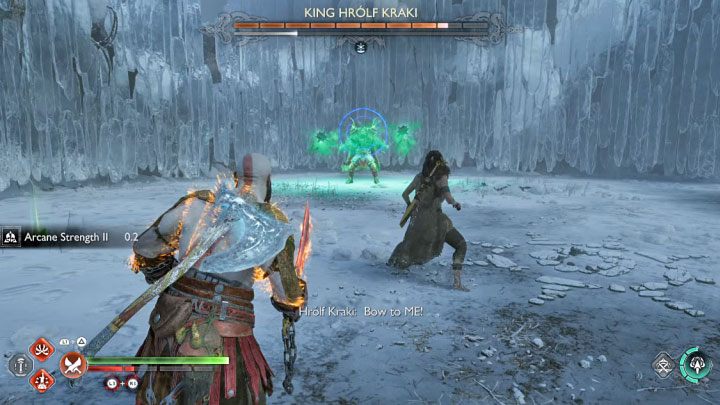 Weapon charging (blue rings) - you need to quickly approach the boss and hit him with your shield (2xL1) Onslaught Shield is especially useful here, as a charge is its special attack. 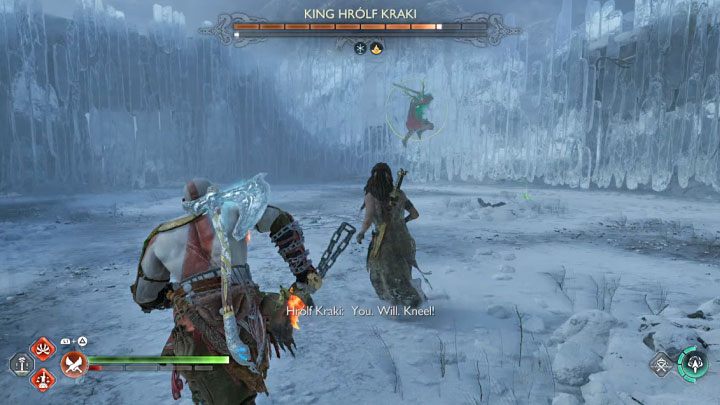 Aerial spin attack - this is a problematic yellow attack that some of the other berserkers also used. The approach here is to perform a dodge or a parry with a slight delay (right before the attack reaches Kratos). Dodging or parrying too early will end with you being struck by the attack. 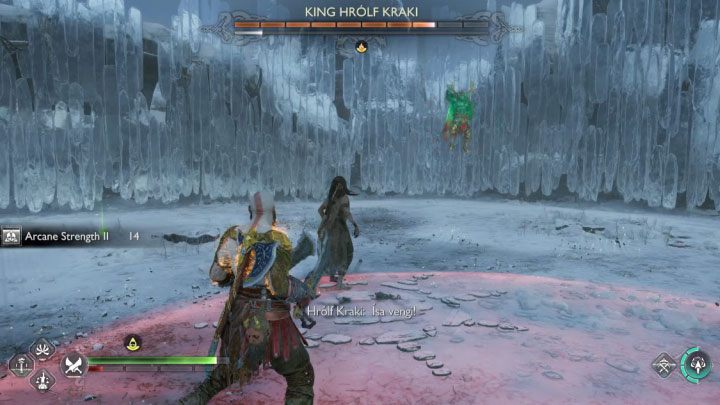 Red circles on the ground - a red attack. After the boss activates it, run across the arena until it ends. 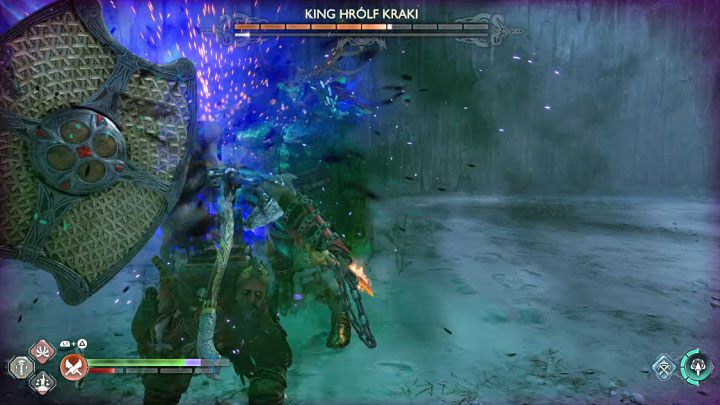 Explosion in melee combat - a yellow attack that is hard to evade as most of the time, there isn't much time to escape (run or dodge outside its range). Try to make a perfect parry right before the explosion. 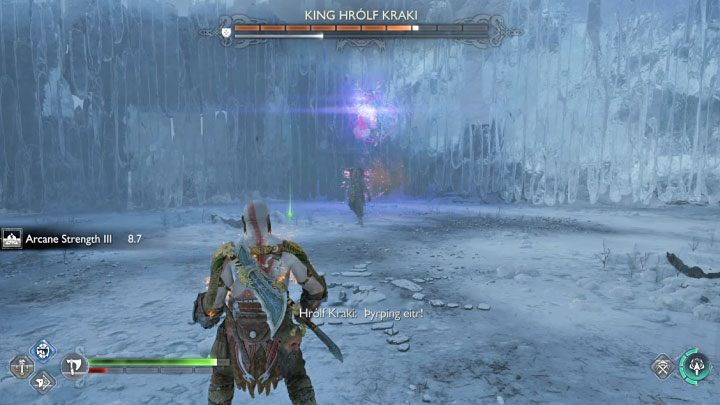 Launching missiles when airborne - a red attack. You can interrupt the spell by throwing a weapon at the boss or focus on dodging right before the projectiles hit Kratos.

Bifrost explosion when airborne - this is a similar attack, but in this case, it applies bifrost status when struck. Try to interrupt the casting by throwing one of your weapons. 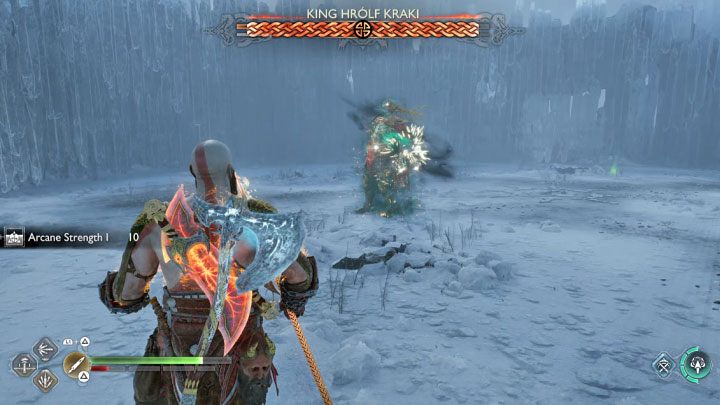 The boss can equip additional armor, and in this case, you need to switch weapons accordingly: 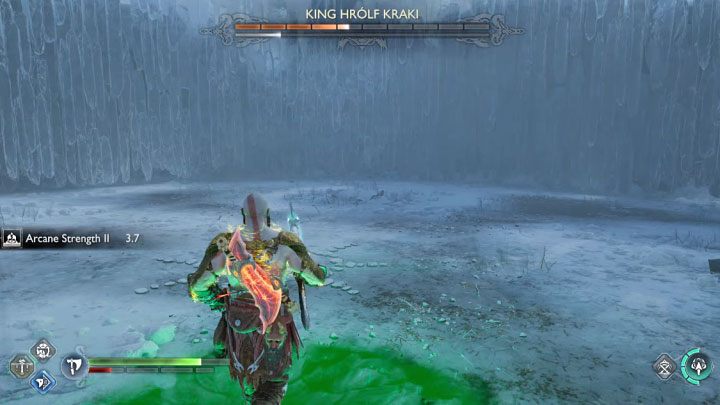 Landing with a shockwave - this is a red attack. Once this attack comes into play, a green circle will appear around Kratos. You have to jump away with a certain delay i.e. right before the boss hits the ground. Hrolf can perform a few of these attacks in a combination.

Same as with all other berserker encounters, deprive the boss of all his health and then execute him (R3).