This page of the guide contains a description of the fight with the Berserker Soul of Skjothendi the Unerring - one of the stronger optional bosses of God of War Ragnarok. You'll learn where Skjothendi's gravestone in Niflheim is and how to get to it, as well as how to behave during combat and how to react to yellow and red boss attacks. 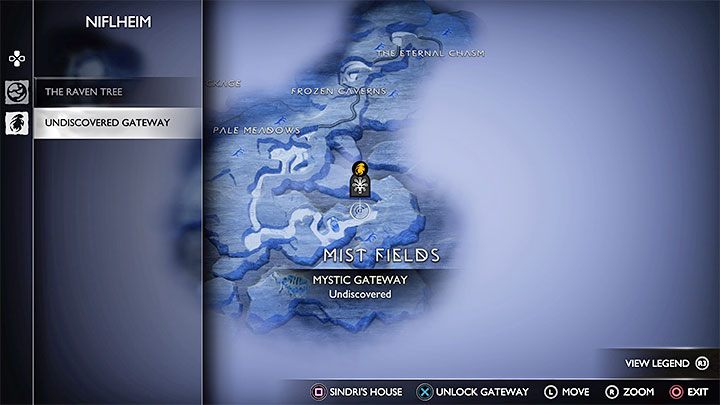 You can fight Skjothendi only after completing the main storyline. The Berserker Gravestone is in the Mist Fields region in Niflheim, and initially Kratos cannot get there (Atreus can't activate the gravestone).

After reaching the endgame, open the fast travel points menu. Use the new mechanic of unlocking undiscovered Mystic Gateways. Just choose the one from the Mist Fields. 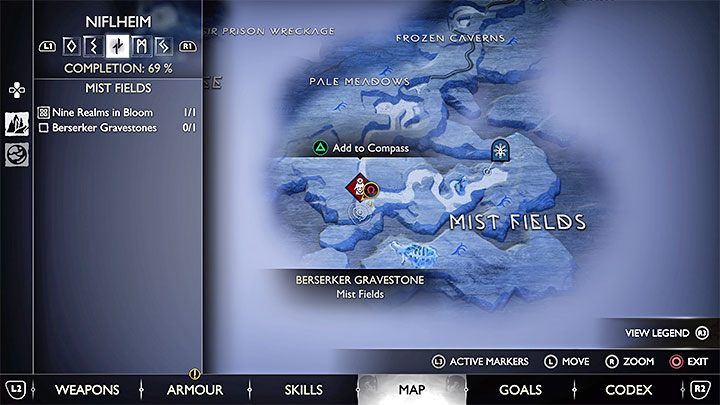 The Berserker Gravestone is to the west of the Mystic Gateway. 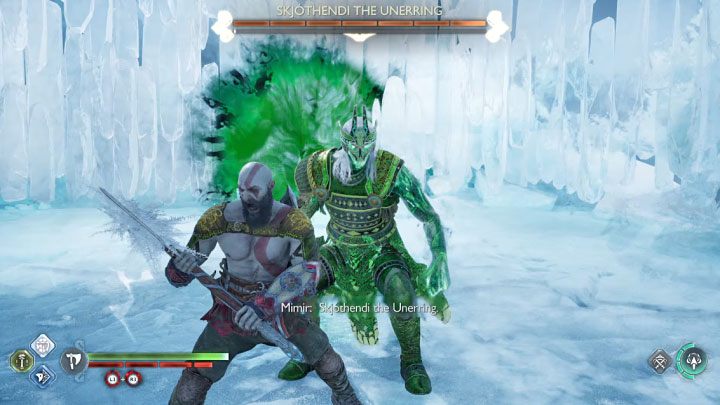 It is a good idea to attack Skjothendi as soon as he appears in the arena, so he will already lose some health at the start. During the fight: 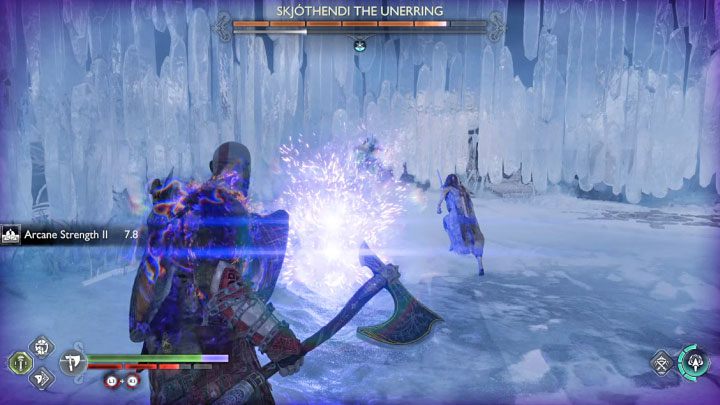 Skjothendi can inflict a negative bifrost status on Kratos. Try to avoid taking damage then, as the explosion can take away a large portion of your health bar.

Block Skjothendi's regular attacks (e.g. shock wave from the picture). As for yellow attacks, dodge or parry them (it's important to parry at the perfect moment). 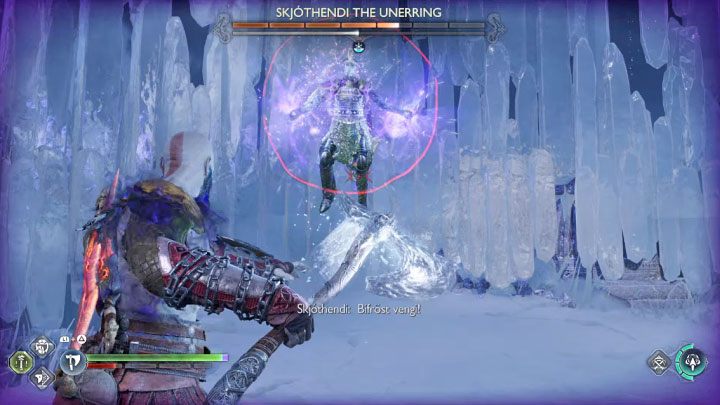 The boss's red attacks are: 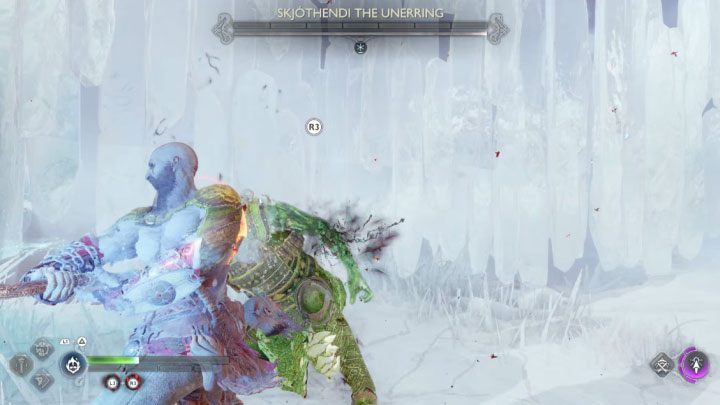 Once Skjothendi's health bar is depleted, there will be an opportunity to perform an execution on the boss - press R3.