One of the most important pieces of gear Kratos makes use of in God of War Ragnarok is a shield - you can block and parry attacks or bash enemies with it. This page of the guide lists all unlockable shields. You'll learn how to acquire the Guardian Shield, Onslaught Shield, Dauntless Shield, Shatter Star Shield and the Stone Wall Shield, as well as their unique traits.

Collecting all the described shields awards you with a silver Phalanx trophy. 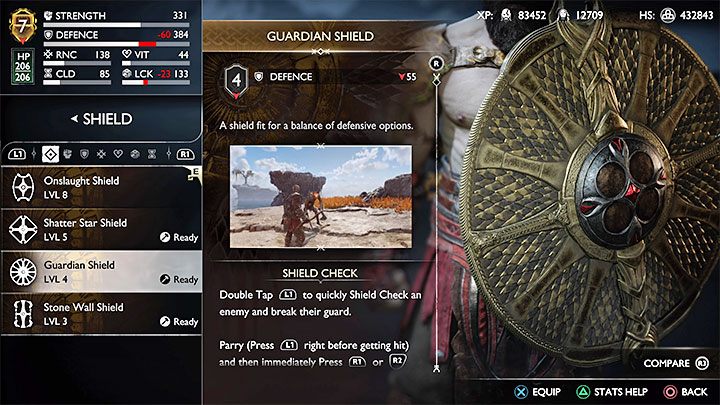 Unique trait - Shield Check: You can break the enemy's guard (2x L1), as well as parry attacks and counter (L1 at the last possible moment before you're hit, then R1 or R2).

How to unlock: This is the shield you start the game with, though unfortunately it'll break during the first boss battle against Thor. This makes it unusable for a while, until you reach The Word of Fate main quest.

We've described this in more detail on the How to repair the broken shield? page in the FAQ section. 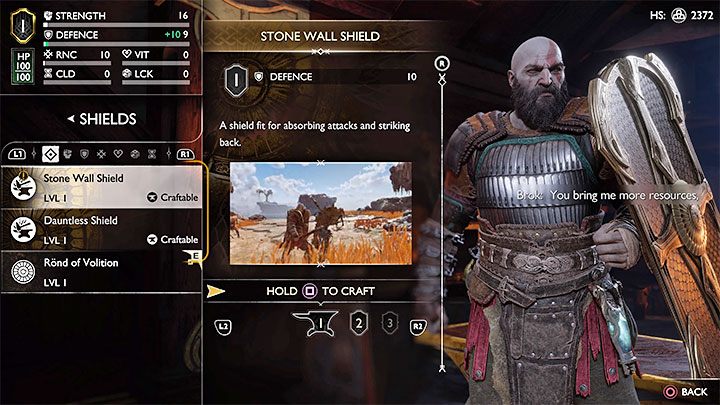 Unique trait - Shield Slam: The shield can be charged. Bashing with a charged shield (2x L1) will launch enemies into the air, while bashing while it's not charged interrupts yellow enemy attacks.

How to unlock: You can get this shield for free during your first visit to Sindri's Home to replace the broken Guardian Shield. If you chose a different shield, you can buy it with hacksilver later at any dwarven shop. 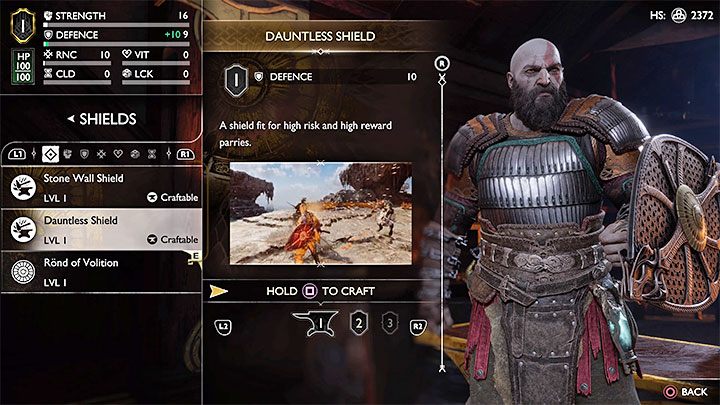 Unique trait - Shield Bash: You can stun enemies with a bash (2x L1) and with perfect parries (L1 at the last possible moment before you're hit).

How to unlock: You can get this shield for free during your first visit to Sindri's Home to replace the broken Guardian Shield. If you chose a different shield, you can buy it with hacksilver later at any dwarven shop. 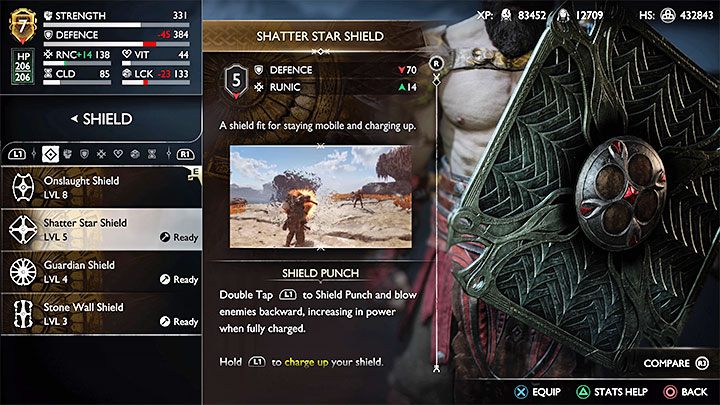 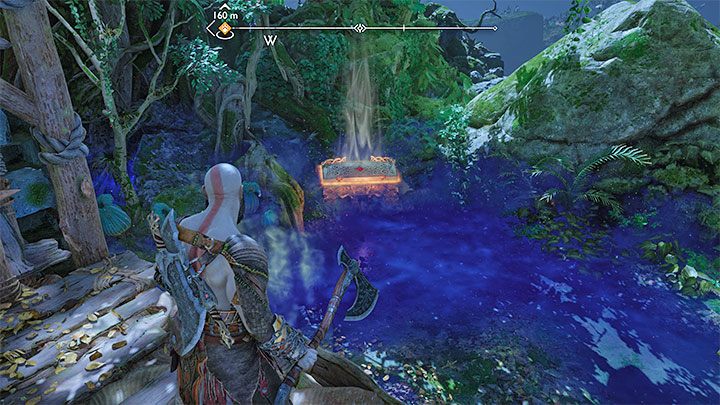 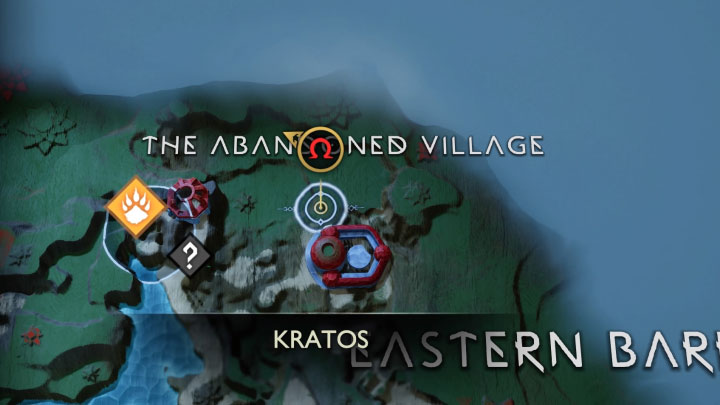 How to unlock: This shield, uniquely, can be found inside a legendary chest. You must visit the realm of Vanaheim, specifically The Abandoned Village region. Reach the area pictured above - throw your axe at the plant to get rid of poisonous blue fumes around the chest.

We've described how to reach this chest in more detail on The Abandoned Village page in the Secrets and collectibles chapter. 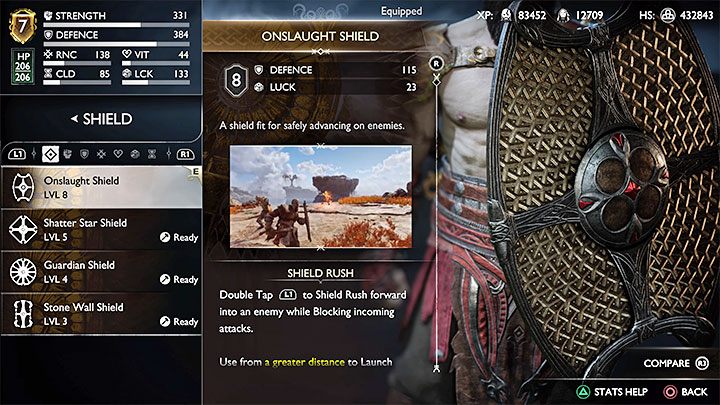 Unique trait - Shield Rush: You can charge with the shield (2x L1), blocking enemy attacks while doing so. Enemies hit after a long charge can be launched. 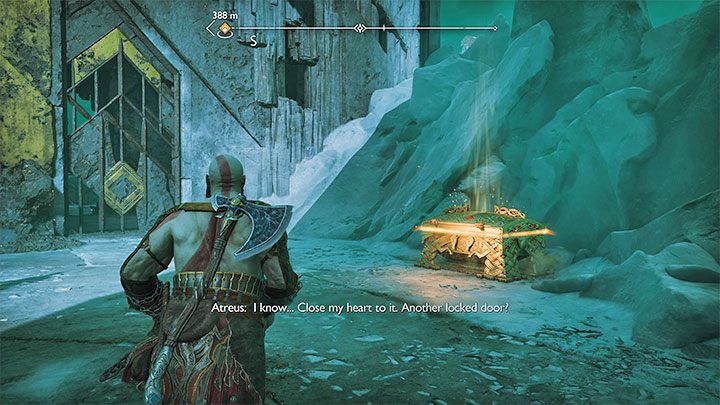 How to unlock: There are two ways to get this shield. The first is to reach the legendary chest in Helheim - we've pictured it above. You can open it soon after winning the first boss fight against Garm. This is only possible in the Reunion main quest, during your second visit to Helheim (the chest isn't counted to the list of the realm's collectibles).

If you've missed the chest, you can buy the shield at any shop for 7,500 hacksilver after completing the quest (the quest area is inaccessible later on).