Pilgrim's Landing in Vanaheim is in the western part of this realm in God of War Ragnarok. This page lists the collectibles and side activities in the Pilgrim's Landing region - Legendary Chest, Lore, Berserker Gravestone and Favor. We show how to reach the individual secrets and how to get 100% completion of the region.

In the Pilgrim's Landing region in Vanaheim, you can get the following collectibles and optional tasks:

Note - Some secrets in Pilgrim's Landing are not available until subsequent visits to Vanaheim later in the game. 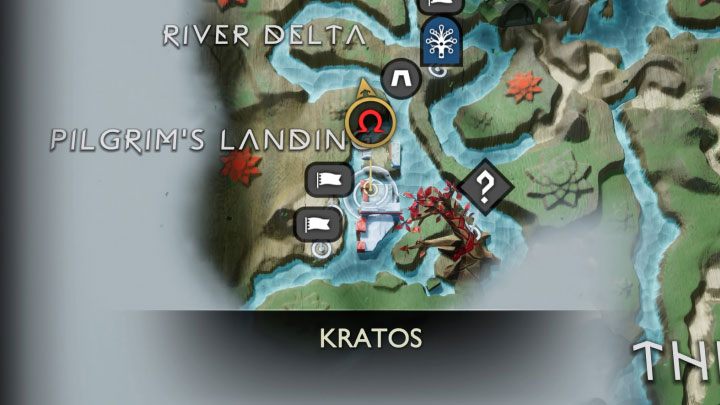 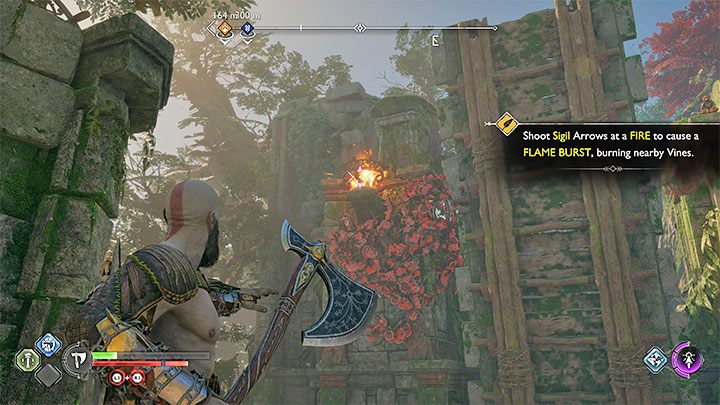 Investigate the main ruins adjacent to the boat dock. To get to the ruins, you need to lower the drawbridge.

On the left, order your companion to create a seal on the torch. This will set the vines on fire and expose the left shield - throw your axe at it. As for the right shield , you can use Leviathan right away. 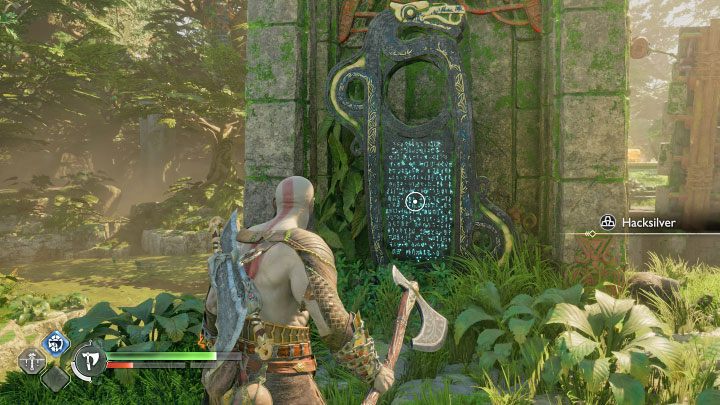 Defeat the monsters in the ruins and find the rune tablet. 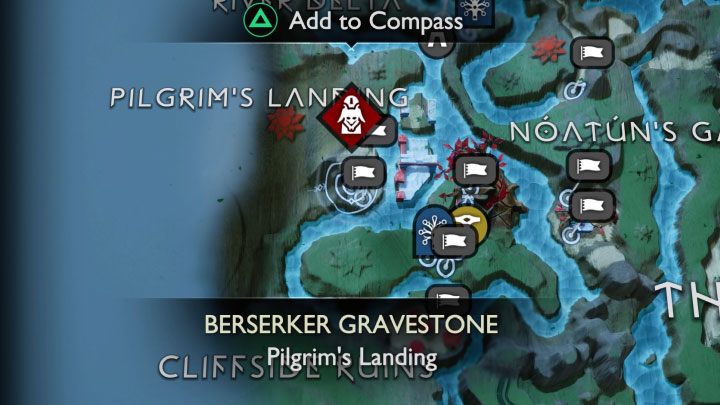 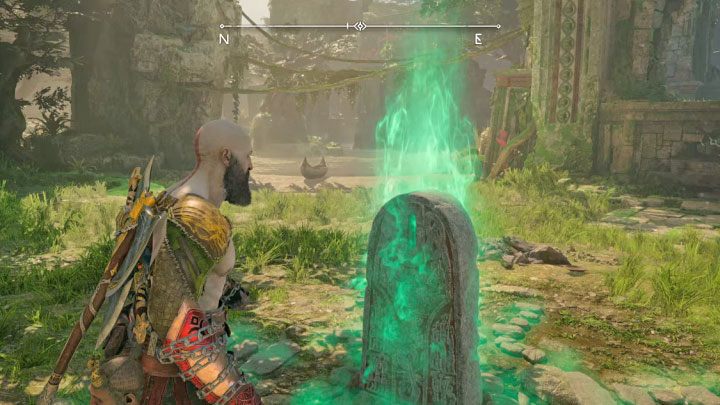 To make the gravestone appear, you need to progress enough in the main story.

Interacting with the gravestone starts a fight against a berserker soul, which are optional bosses found in the game. This encounter (against Hvitserkr the Bold) is described in detail in the Bosses chapter.

Favour - Cure for the Dead 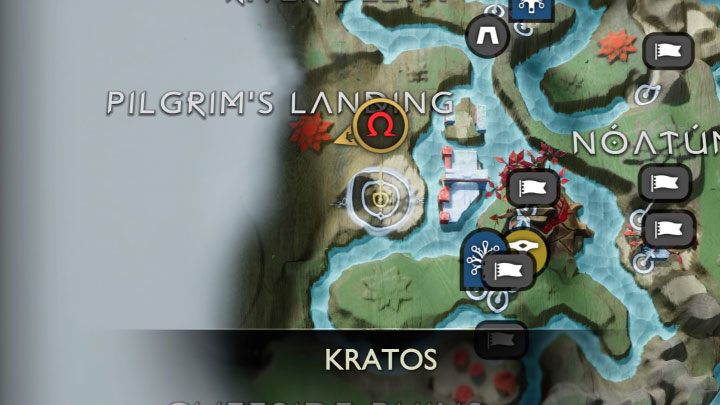 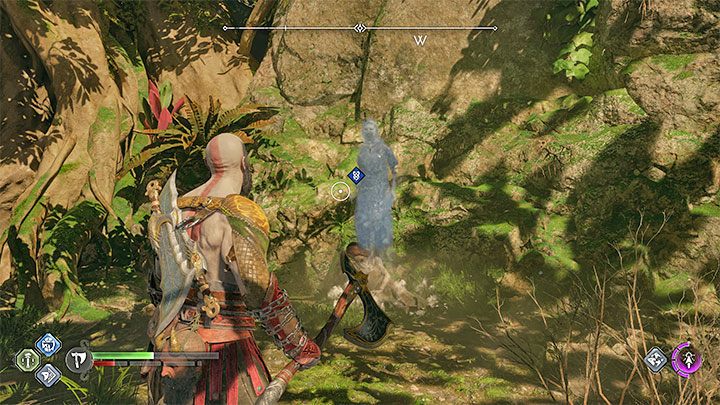 Reach the boat dock in Pilgrim's Landing and find the specter - Mari.

The walkthrough for this favour (getting 3 items for the specter) can be found on a dedicated page.

Reward: Grip of the Fallen Alchemist - an axe attachment for the Leviathan Axe. 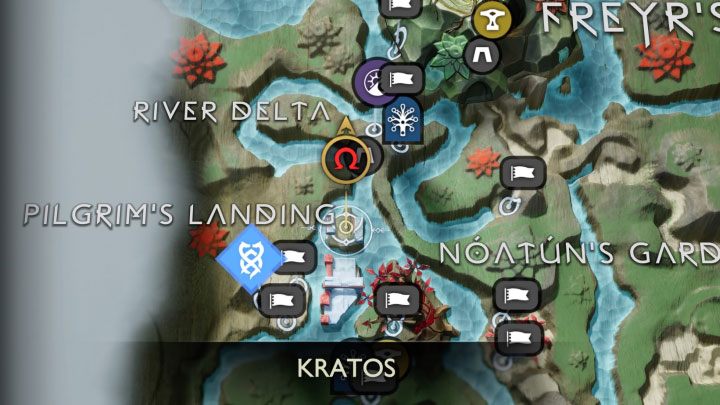 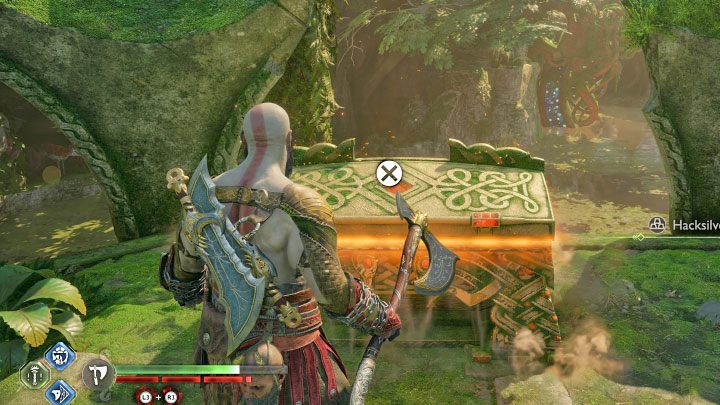 The chest is in the northern part of the ruins which are neighboring a beach. 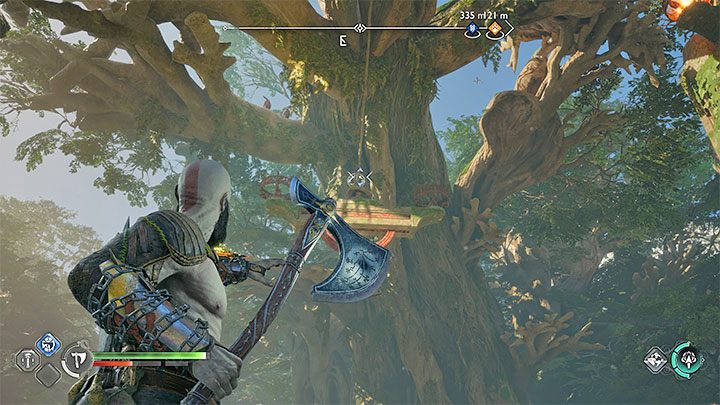 The next step is to free the hanging platform - you need to hurl the axe at the hitch in the picture. 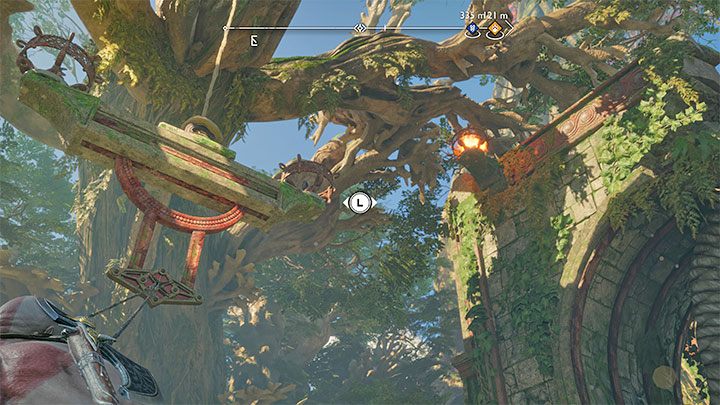 Use the Blades of Chaos to grab the platform and swing it to the right. It needs to touch the flames so the basket on the right catches fire. 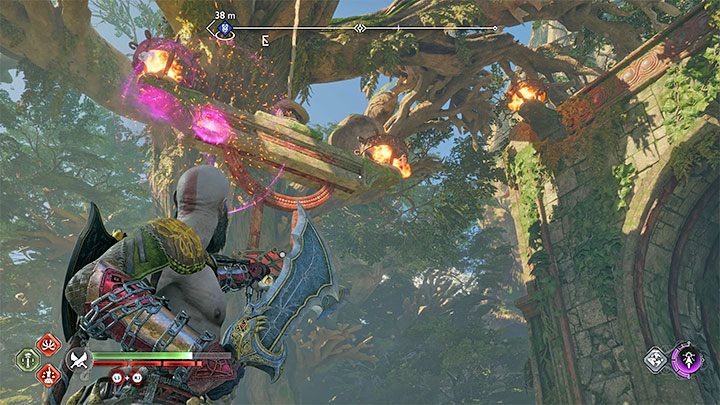 Now place interlocking seals from the right basket to the platform. Your task is to set both baskets on fire. 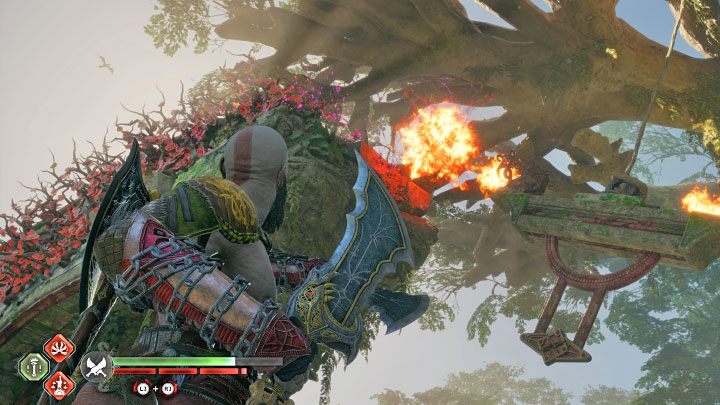 Again, use the Blades to grab the platform and swing it to the left. It should touch the left basket and ignite it. Place the seals on the new basket - their explosion should set the nearby red vines on fire. 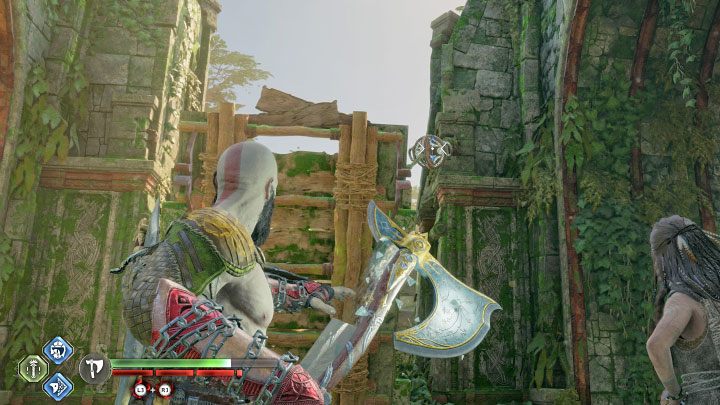 You can now lower the second drawbridge - the left shield was already accessible, and you have the right one unlocked thanks to getting rid of the vines. The new platform hides the Legendary Chest.