The wolf Garm appears twice as a boss in the Reunion main quest in God of War Ragnarok. From this page of the guide you will learn how to finish the chase sequence and how to finally finish the big wolf. We explain what Garm's weaknesses are in the second boss battle.

We described the first confrontation with the huge wolf on the previous page of the Bosses chapter: Garm (first fight). 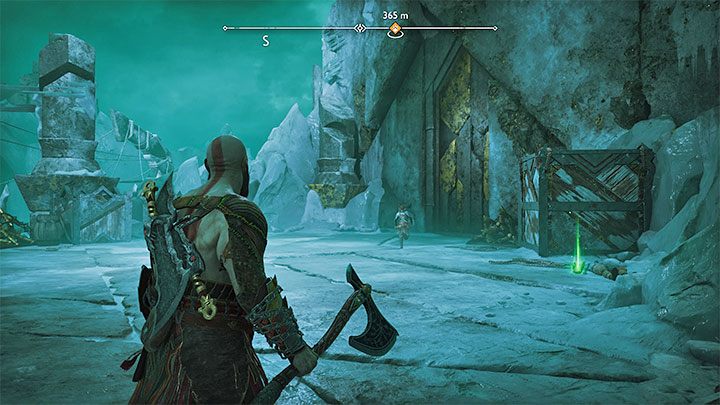 As a reminder, Garm is a large wolf who appears in the Reunion main quest in Helheim. Kratos and Atreus have to face the beast a total of two times.

The second confrontation begins with a chase - you have to run away from Garm. It will start when you try to open the gate shown in the image above. 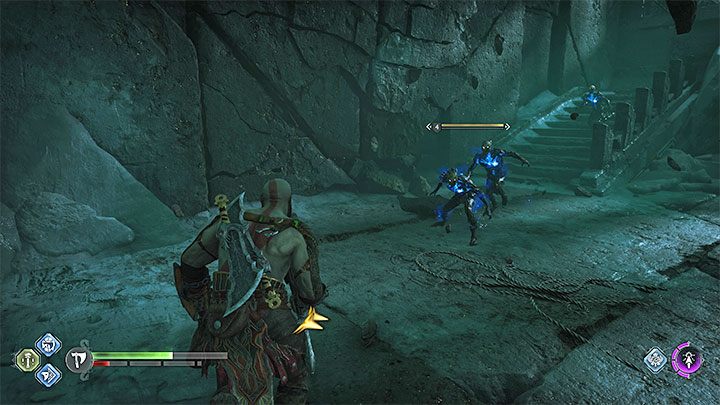 During the chase, follow the only possible route and don't stop, because the boss can then hit you with ranged attacks.

You will encounter Legion monsters - you can kill them quickly with area attacks or evade them. Use dodges, as the creatures have red attacks that can allow them to jump onto Kratos' back. You then have to free yourself (press X quickly). 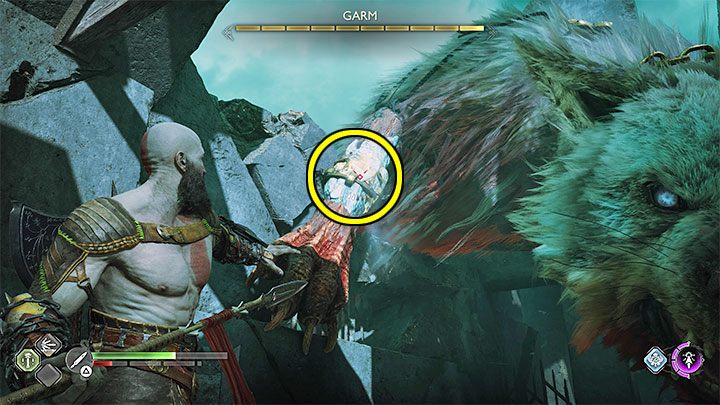 Garm will appear on your route and you must drive him away. Choose the spear and throw it at the chain on the monster's upper limb - we have marked it in the picture. When the spear hits the target, detonate it (Triangle).

Continue running away. You will eventually reach a new arena, where the second fight with Garm will begin.

Description of the second boss fight 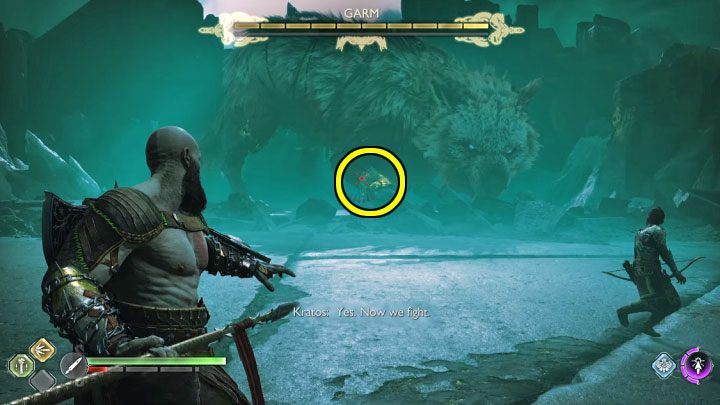 During the actual fight with Garm, select the spear and throw it at the chains on Garm's upper limbs. Detonate the spears to make the beast lose a lot of health. 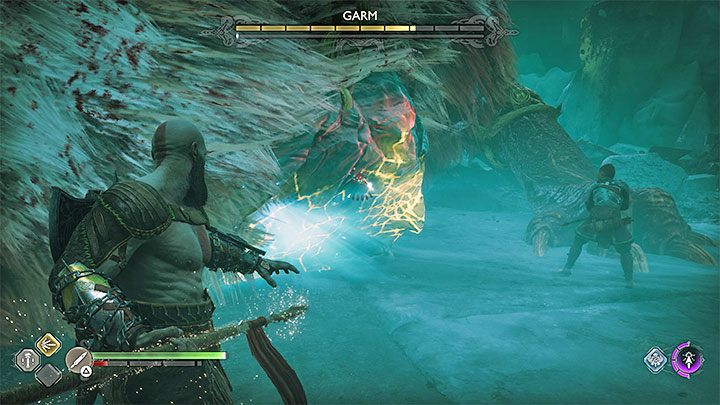 Just like in the first fight, Garm will leap at Kratos. Dodge to the right and see if you can destroy the boulder by Garm's collar. Throw several spears at it and detonate them (you can also do this after the boss gets up from the ground).

If you don't see the weak spot, just attack Garm's head before the beast gets up from the ground. 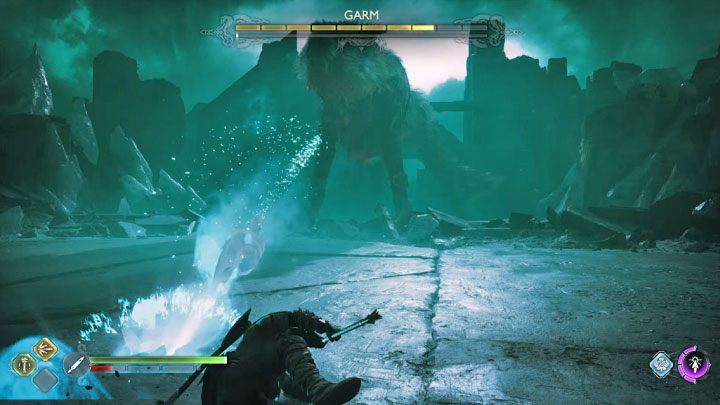 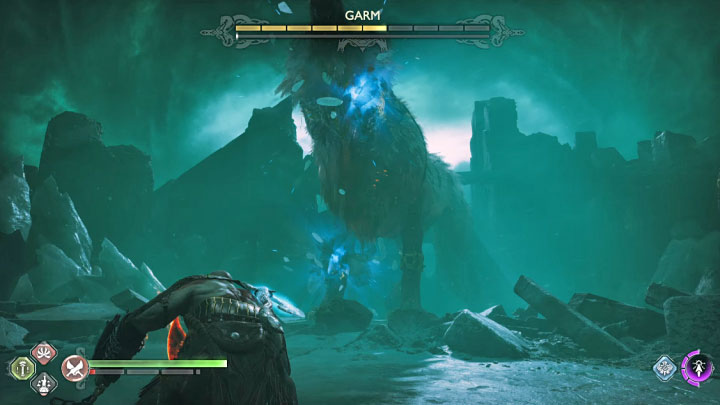 When Garm loses almost all of its health bar, you will notice that the boss can regenerate. This simply means that you need to deplete the bar again.

Use spears on weak points - those located on the monster's upper limbs and the collar. 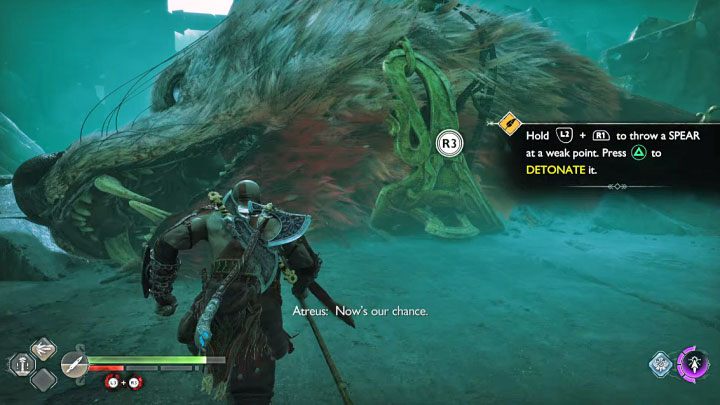 Fight until you can grab the collar of the knocked down Garm by pressing R3 (above image). Then keep pressing X rapidly.

Atreus will run onto the back of the monster. Press Square, and the boy will thrust the blade into Garm's body. The monster will escape, but this was the last fight with Garm.