One of the possible types of obstacles encountered in God of War Ragnarok are fissures with air escaping out of them - they are found as early as during the first excursion in the land of Svartalfheim. This page explains how to unlock such weak points and how this may help in exploring regions or reaching some of the most hidden secrets.

Example of a fissure with escaping air 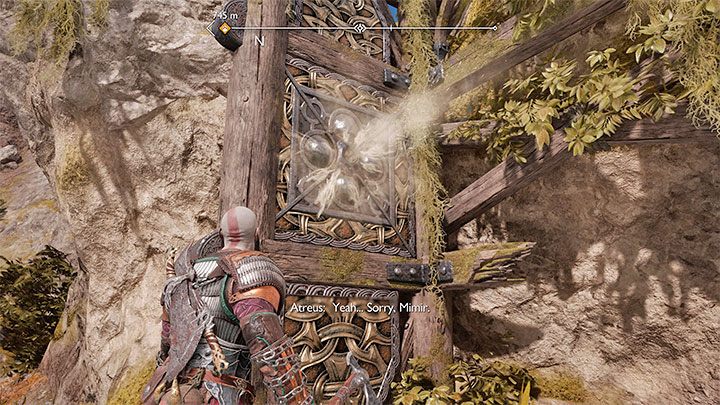 Starting with your first visit to Svartalfheim, you may encounter weak points through which air escapes, and an exemplary one is shown in the screenshot above. They are also called Weak Points by the game.

Initially, you cannot interact with them. When trying to use the axe or the blades on them, your companions will remind you that you don't have the necessary equipment yet. 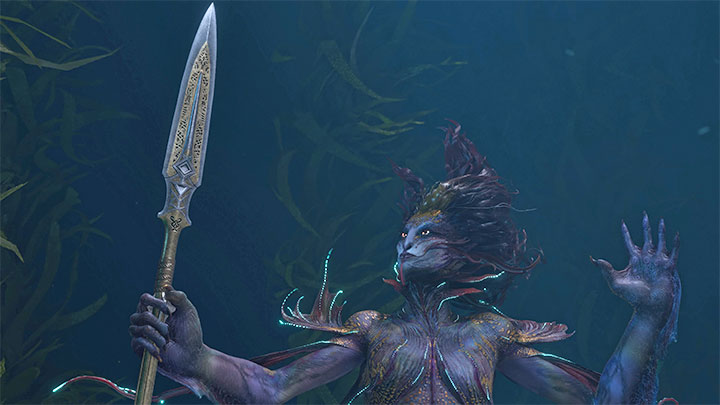 Only Kratos' third weapon, the Draupnir Spear, can destroy weak points - it is obtained later in the game.

The spear is received from the Lady of the Forge, whom the heroes meet during their second visit to Svartalfheim (this happens during the course of Forging Destiny story quest).

More about acquiring and using the spear can be found on a dedicated page (How to unlock the Draupnir Spear?). 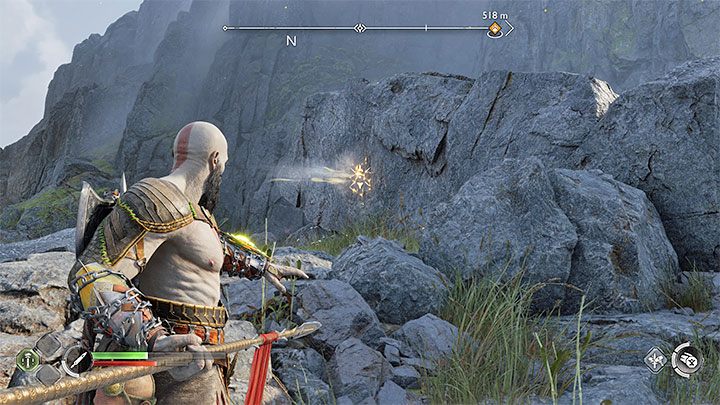 Once you got the spear, you can destroy weak points. The weapon will simply penetrate the weak point, making the air stop emerging from it. 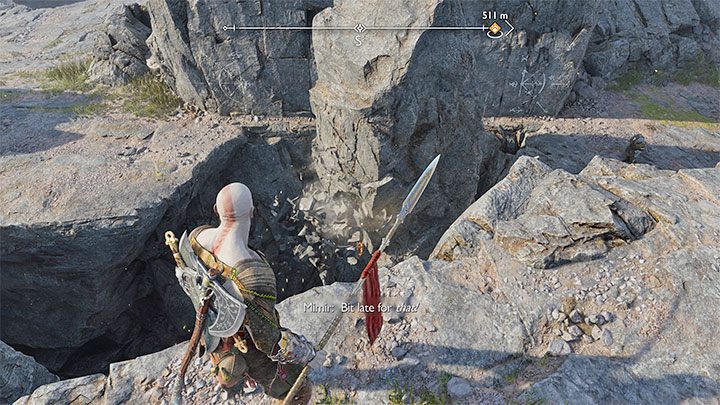 There are 2 types of spear interactions possible:

1) Destroying a weak point - you need to press Triangle. An exploding spear can, for example, destroy the rocks around the weak point and unlock a new pathway. 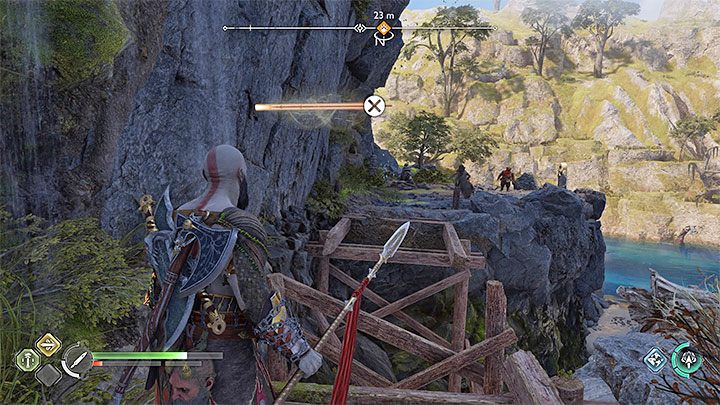 2) using the impaled spear as a means of climbing - you can jump, grab the spear, and access upper ledges from there. These two interactions unlock locations that were previously unavailable.

We strongly advise to return to all previous locations in order to access all missed spear-use areas. These areas hold many new treasures and collectibles.