Hardrefill the Callous is an optional boss appearing in God of War Ragnarok. Our guide explains where to find the encounter arena in Nidavellir region of Svartfalfheim, what preparations should be made before the battle, how to avoid yellow and red attacks of the boss, and how to successfully deplete Hardrefill's health bar. 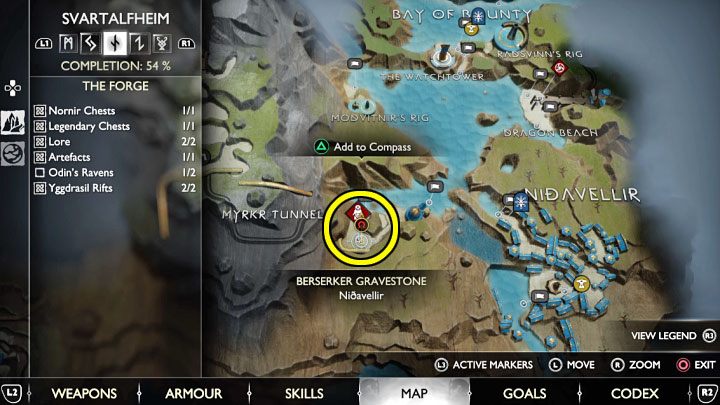 Hardrefill the Callous is a berserk and an optional boss appearing in God of War Ragnarok. Fighting berserk souls is a part of the Fit for a King side quest.

To start the fight against the described boss, visit Berserker Gravestone in Nidavellir region of Svartalfheim. You should pass the gravestone for the first time shortly after completing the Forging Destiny story quest which takes place during the second visit to Svartalfheim. To be exact, it is when after obtaining Draupnir spear you're en route to one of the Mystic Gateways. Interact with the gravestone to start the battle.

The level of difficulty of the berserk encounters is similar to Valkyries' battles in the previous installment of God of War. The battle is tough, so prepare as well as you can - equip your best equipment and skills. You can also leave the berserk battles for after the main storyline - you should be stronger then.

Fight with Hardrefill the Callous 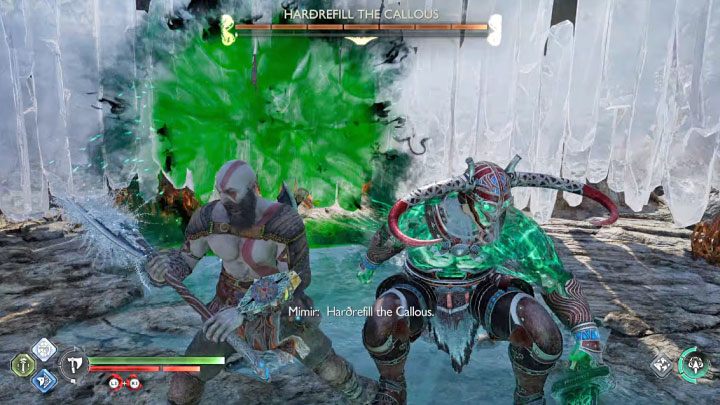 Combat takes place in a limited arena, which greatly limits the use of ranged attacks.

Go straight to battle and attack the berserk right at the moment when he enters the arena. This will allow you to take some of his health away at the very beginning of the fight.

You can use standard attacks or abilities right away - even more so that you'll activate the cooldown earlier and the attack will be ready again faster. To deal damage, any weapon will do, but the Blades of Chaos work best in our opinion. Nevertheless, switch weapons regularly so you can use their unique attacks. 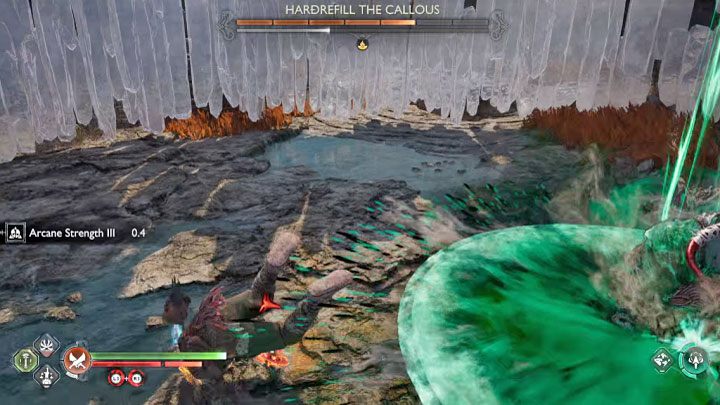 Hardrefill's red attack involves a jump high in the air and a surprise landing - the landing shockwave radius is symbolized with a green circle. Practice dodges - you must do them not the moment the boss jumps into the air, but at the last moment before he hits the ground. The boss may perform a single attack of this type, or even 2-3 times in a row. 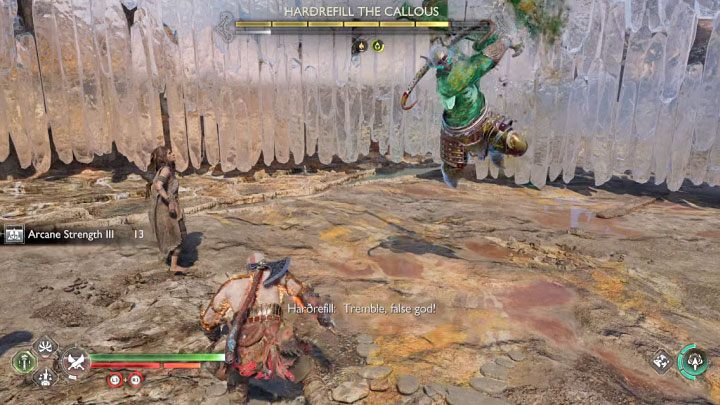 His yellow attack involves launching in the air followed by a spin attack. Don't try to parry it, just dodge. Timing is very important here - you cannot dodge too early, as the boss launches the attack late in the sequence. Take some time to study when is the perfect opportunity to dodge.

Always keep the boss in sight so you don't miss this and other damaging attacks. You need to perfectly counter them to win the battle. 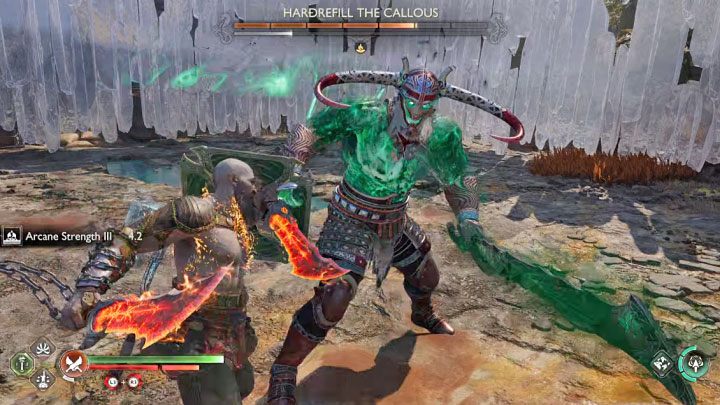 During combat in melee range, the boss uses a combination of a yellow and a regular attack. If you feel like it, you can parry both attacks and thus receive a chance of dealing an attack of your own. If you aren't up to it, dodge the yellow attack and parry the normal one.

Hardrefill, after finishing a combination, can immediately fire another identical one. Be ready to quickly parry again or evade/block his attacks. 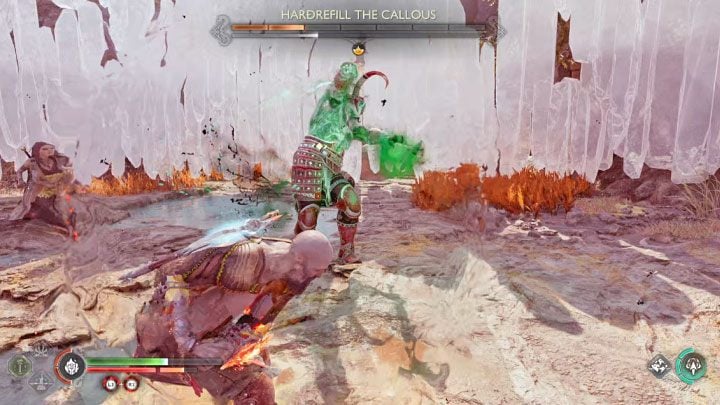 Try to activate Spartan Rage at least once during the encounter: 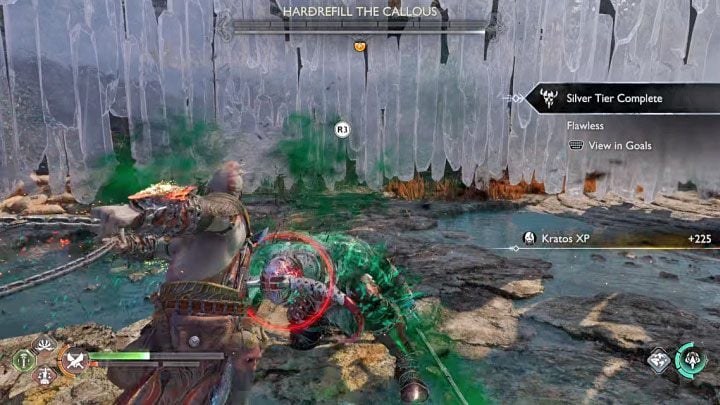